Kitab Ma’rifat anwa’ Ilm al-Hadith, better known as the Muqaddimah of Ibn al-Salah, is a well-known intermediate level text on the science of Usul al-hadith. For students familiar with the Arabic language and have covered beginners texts in hadith methodology, this course provides an excellent opportunity to further one’s understanding of the science.

Uthman b. ‘Abd al-Rahman ibn al-Salah al-Shahrazuri was a Kurdish-Iraqi scholar who specialised in hadith studies. He is known to have held notable teaching positions in various centres of learning in the Muslim world, including in Damascus, Syria and Jerusalem, Palestine. The Muqadimmah is said to have begun as a series of lectures which then became ordered into a book. The final manuscript draws on, and develops, the arguments in various prior works, including al-Hakim al-Nisaburi’s similarly titled work Kitab Ma’rifat Ulum al-Hadith.

Upon successful completion of this module students should be able to: 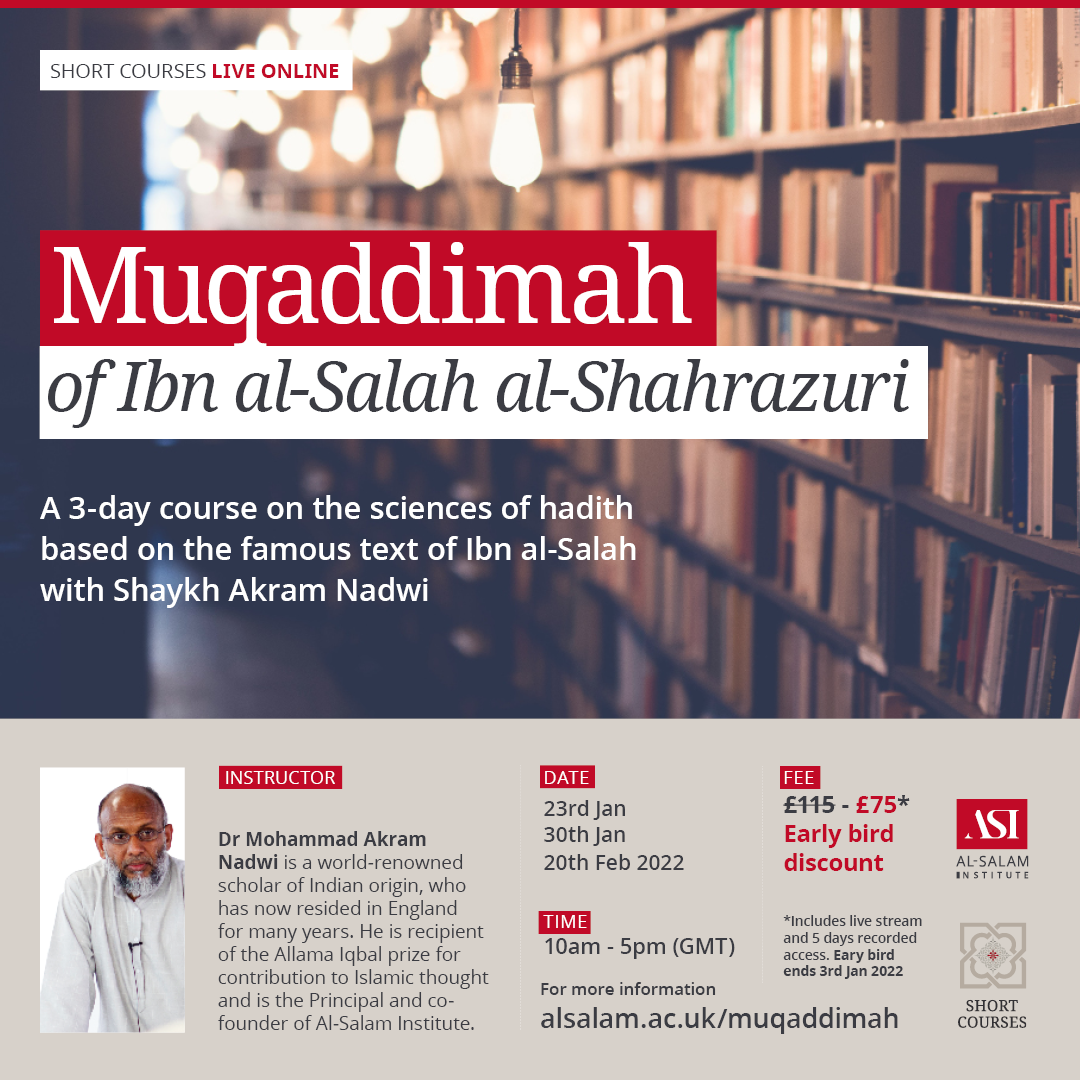 Register before 7th January 2022 and save £40 using discount code: EARLYBIRD40