A one day short course taught by Shaykh Akram Nadwi

This one-day short course taught by Shaykh Akram Nadwi will explore some of the various perspectives and approaches to ‘Asbab al-Nuzul’, the contexts of revelation of the Quran. Scholars such as Ibn Taymiyyah, Shah Waliullah Dehlawi and Maulana Farahi have all opined on this fascinating area of ‘Ulum al-Qur’an. Shaykh Akram will compare and contrast traditionally held opinions with those of Maulana Farahi in order to gain new insights that may benefit keen students of knowledge. It is hoped that through this contrast and comparison some of the unique genius of Maulana Farahi may become more apparent to students.

When it comes to the often under-studied works of Mawlana Hamid al-Din Farahi, we will be focusing on his ‘Asbab Nuzul al-Qur’an’, a short treatise included in volume two of ‘Al-Rasa’il fi ‘Ulum al-Qur’an’ which gathers together numerous works of Maulana Farahi. 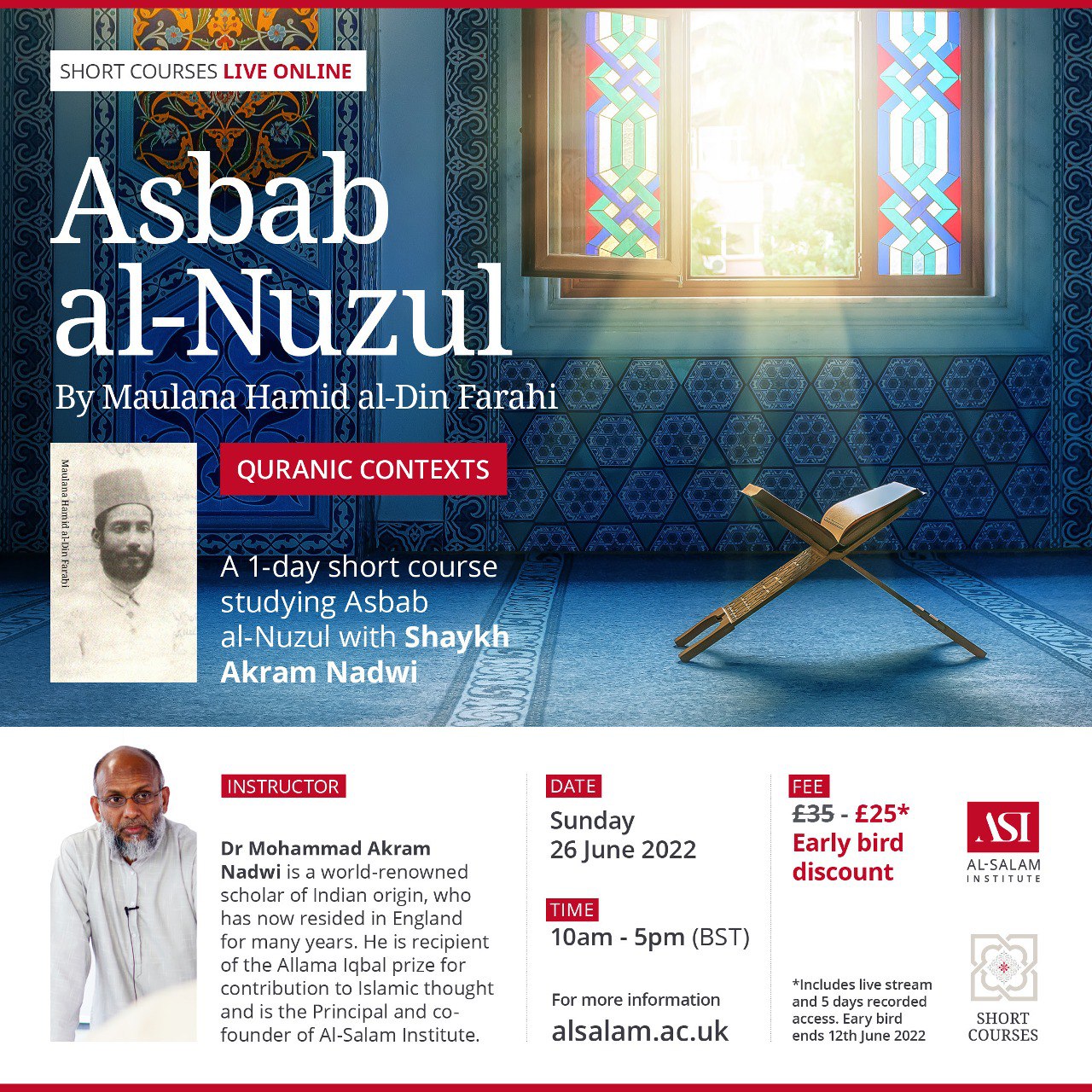