The Muslim world has faced crisis, calamity and corruption throughout its history. From inquisition to invasion, it endures and emerges from these tribulations with an undeniable resilience and its faith in tact. There are key notable figures that have played a major role in safeguarding the faith whilst enduring the many trials of their time. They helped lead Muslims to great successes and worked for the renewal and revival of the religion in times of confusion, persecution and stagnation. As Muslims today, these figures can be a source of inspiration for us. By learning from their example we can derive a sense of strength in order to help us better attempt to understand how to cope with the trials of our own times.

In this book, Shaykh Abul Hasan Ali Nadwi has masterfully chosen a selection of these prominent figures, exploring their personalities, historical context and legacies as saviours of the Islamic spirit.

In this course you will learn about the following Revivers of Islam: 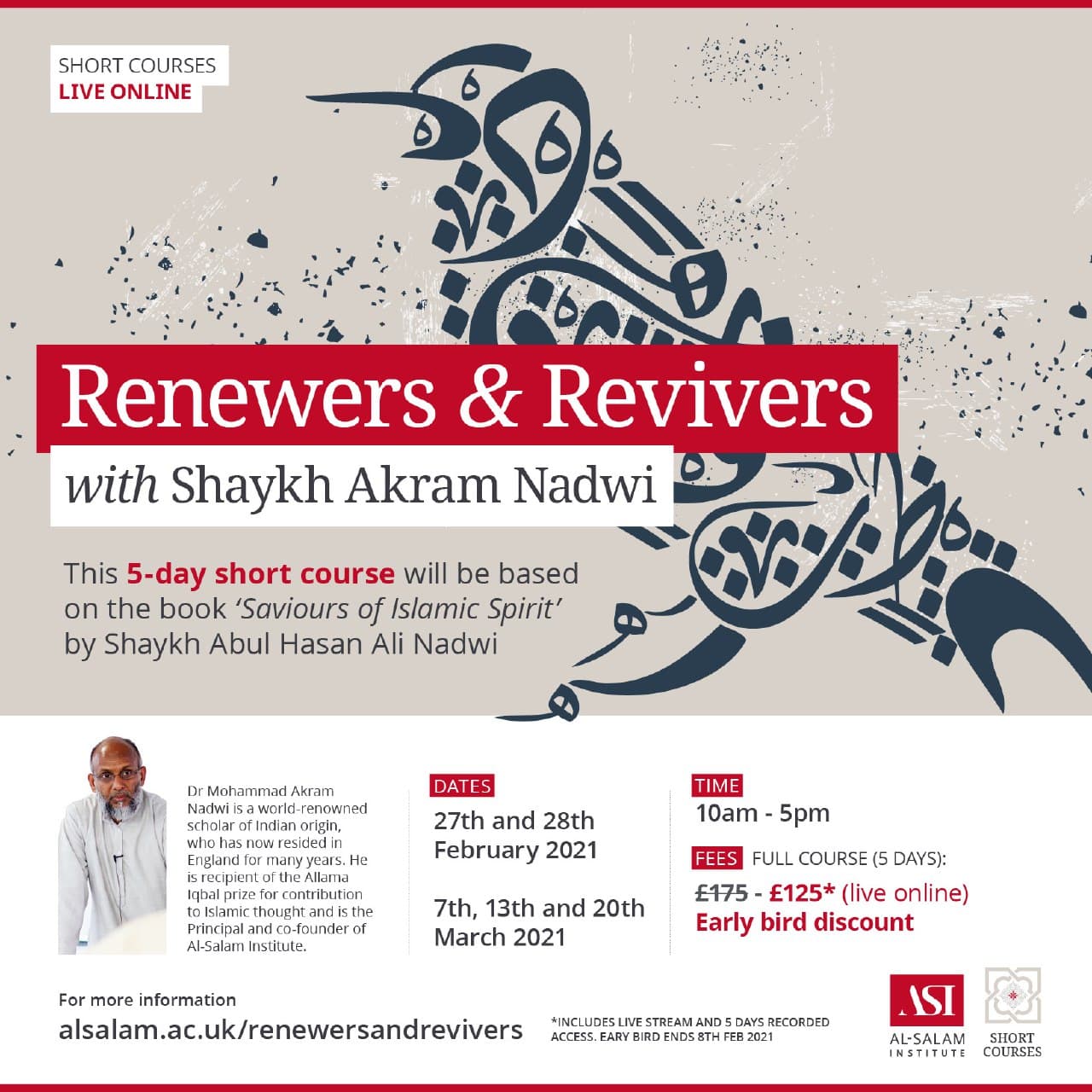 Have any questions? Let us give you a call