Islam is comprised of two divine sources: Qur’an, and Hadith.

The speech, actions, and teachings of the prophet (saw) have been meticulously preserved by scholars of hadith upholding the highest of academic standards. Each and every potential hadith must be tested and verified through the most rigorous authentication process before it can be declared sound and authentic.

A key step in the process of verification is the topic of ‘ilal al-ḥadīth – hidden defects within hadith. These defects could either occur within the text itself (matn) or the chain of narration (sanad).

Throughout the history of Islam, scholars who specialise in authenticating hadith have sought to preserve the Sunnah of the Prophet (saw) and distinguish that which is authentically attributed to him to that which is not.

Imam Muslim is of the foremost scholars of Hadith, and his works are studied and relied upon for over 1,000 years after his time until today. Kitāb al-Tamyīz is one of his most important works, serving as an indispensable tool in the science of Hadith.

Covering selected chapters of the book, Shaykh Akram will teach how to analyse chains of narration (asānīd) to identify a hidden defect (‘illah). The esteemed Shaykh will dissect and discuss examples of ‘ilal as well as shedding light on the emergence and development of the study of ‘ilal al-ḥadīth as a whole. 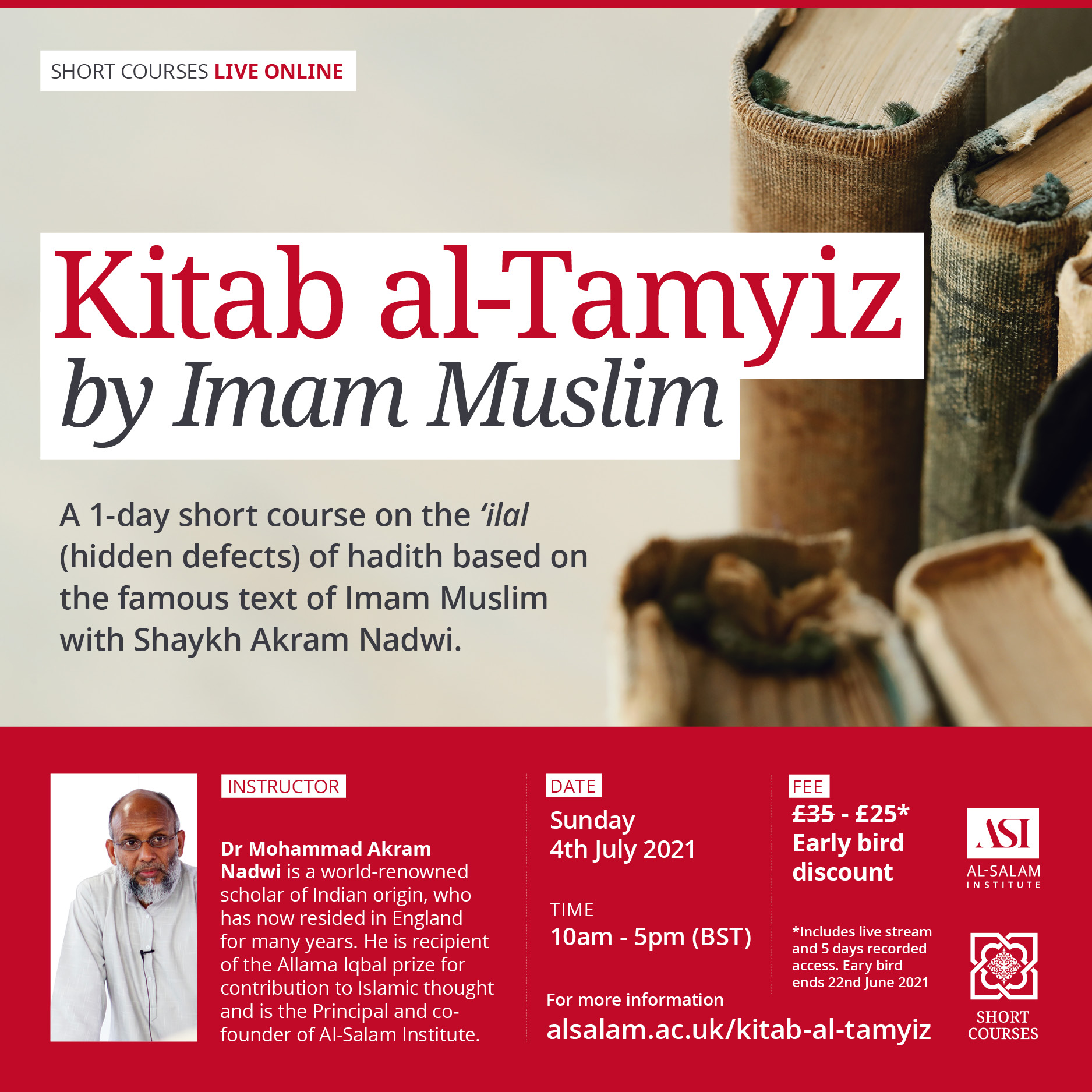 APPLY NOW
We use cookies to ensure proper functionality of our site and to ensure you get the best online experience. You can read more about how we use them in our cookies policy. Your cookie consent choices can be changed at anytime in your browser settings. FIND OUT MORE.