RECONNECTING WITH THE PROPHETIC LEGACY

Travel broadens the mind and expands our horizons. At ASI we seek to reconnect students to the Prophetic legacy through their scholarly lineage, taking them to different countries all over the world in order to sit with, and benefit from, a number of notable scholars. On these trips students develop a profound understanding of the efforts of our predecessors in their pursuit of knowledge. You come away with a truly global perspective.

On the Sacred Sciences Journey you will travel with your peers and teachers following a tailor-made programme of study. As well as being able to continue your studies and sit with various teachers, this programme enables students to graduate from Al-Salam Institute with a portfolio of ijazat from some of the world’s leading Muslim scholars.

From Makkah to Morocco our students have sojourned with us. The journey is open to all who are keen to seek knowledge. We invite you to join us this year on our next Sacred Sciences Journey in Turkey!

This year ASI will be in collaboration with Ibn Haldun University.

The following two options for accommodation are available (limited capacity): 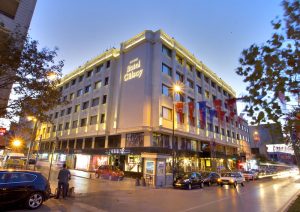 ASI will be staying in the Grand Hotel Gulsoy in Istanbul. We have a limited number of triple rooms available for students who wish to stay with us. Rooms will be allocated on a first come first serve basis. For more information on the hotel please visit www.grandhotelgulsoy.com. 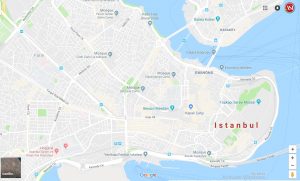 For those students wishing to stay in alternative accommodation, there are a vast array of hotels and apartments in and around Istanbul, particularly the European side. The location of the Grand Hotel Gulsoy is nearby to the venue where the daily morning classes will be held and as such we suggest all students to try find accommodation within this area.

The programme itself, including teaching, will begin on 14th April 2019 and come to a close on the afternoon of 22nd April 2019.

Participants will be taken a day trip to the historic capital city Bursa.

There will be free time scheduled during the trip during which students may take part in optional site visits to places such the Mosque of the Companion Abu Ayub al-Ansari rA, the Blue Mosque, Aya Sofya and a variety of other places, or independently explore Istanbul.

A list of recommended activities in and around Istanbul will be provided for students.

There are no concessions available for participants aged 12 years or older.

Terms and conditions outlining the procedures of the Sacred Sciences Journey are found here.

Creche facilities are not confirmed. Please get in contact with us for further information.

The selection of texts and subjects taught have been designed to give students a grounding in Quran, hadith and spirituality. The aim, however, is to partake in more than just an academic pursuit. It is to seek the knowledge which benefits. This year the following will, God-willing, be taught during the Sacred Sciences Journey:

Our relationship with the Quran is a lifelong journey. Revealed in time and yet timeless, re-ordered but not chronological, these tensions are something that gives the Quran immeasurable depth. This year, Shaykh Akram will be teaching the tafsir of Surah Rahman, a surah rich in imagery, rhetorical effect and deeply concerned with creation’s relationship with gratitude and recognition of blessings. As one of the most mesmerising surah’s in the Quran, these classes will be of benefit to all.

The Forty Hadith of Imam Nawawi:

This text has become one of the foremost hadith compilations across the Muslim world. Its collection of Prophetic sayings are deeply profound and beneficial for all Muslims, having been chosen by Imam Nawawi (رحمه الله) for their universal import for Muslims as well as ease in memorisation. Selections from the text will be covered in-depth and the many wisdoms contained therein reflected upon.

The Hikam is a well-known collection of aphorisms by Ibn Ata’illah al-Iskandari (رحمه الله), the 8th century (AH)/14th century (CE) Islamic scholar from Alexandria. Short in length and yet vast in meaning, these aphorisms have been commented on and studied across the Muslim world, including by the likes of Shaykh Ahmad ibn Ajiba, Imam Ahmad Zarruq, Shaykh Ali Muttaqi and Shaykh Abdullah Gangohi. They concern the nature of the ego, the soul and some of the spiritual realities we encounter in this world. A selection of aphorisms will be studied alongside a commentary on their meanings.

Selections from The Mathnawi:

The poetry of Mawlana Jalal al-din Muhammad-Rumi (رحمه الله) is read the world over, crossing cultural and religious divides, and yet arguably much of his Islamic significance has become downplayed. Mawlana Rumi was a prominent member of the ‘ulama in the 7th century (AH)/13th century (CE), being a Hanafi jurist and theologian as well as a spiritual master and later poet. The Mathnawi/Masnavi is his most famous work, a vast body of poetry which includes advices, exhortations, stories and parables for the student/reader to ponder upon and gain new insights from. Having resided in and passed away in Turkey, Mawlana Rumi plays a major role in the intellectual and spiritual heritage of the country. Selections from the text will be taught during our morning classes.

There will be a number of evening classes with Shaykh Akram during which there will be meetings with guest scholars, hadith readings and Q&A sessions. 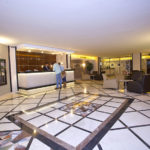 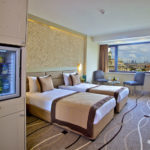 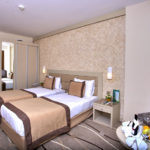 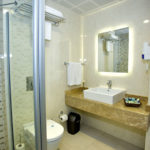 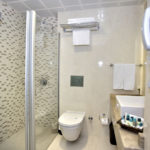 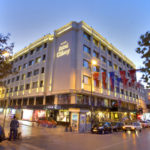 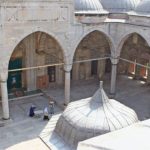 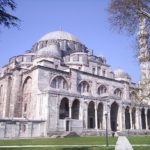 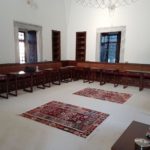 One unique aspect of the Sacred Sciences Journey is gaining access to some of the most prominent scholars of our age. These teachers are part of a lineage which connects them back to the Prophet ﷺ and there is great benefit to be gained for all in meeting with them. In particular, the reading of various hadith texts and receiving ijazat from them, is an important endeavour for serious students of knowledge. These meetings will generally be scheduled as optional evening sessions during the trip.

Please note: Due to the busy timetables of various guest shuyukh, these evening sessions may be held at varying times during the day. Students will be kept updated throughout the trip.

A provisional list* of guest shuyukh will, God-willing, includes:

*Please note this list is neither an exhaustive or guaranteed list of scholars to be met. Due to the age, health and busy timetables of various shuyukh, we cannot ensure all scholars will be able to be met with.

The Meaning of Ijazah:

Reconnecting with the Prophetic Legacy:

The Difference between Ijazah and Shahadah: