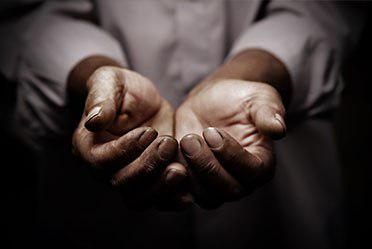 The principle and practice of charity is recognised in every religious tradition — to my knowledge, without exception. It is related to the virtues of kindness (also expressed in courtesy and civility) and generosity (also expressed as hospitality to visitors and benevolence with strangers, travellers, etc.)

The distinguishing feature of charity is that, unlike other acts of giving, it expects no return for the gift from the person(s) to whom it was given. Charity is for the other; it entails permanently dispossessing oneself of something in order to benefit the other(s).

In some traditions, charity is understood to be a moral obligation, a duty of the individual to help others who are in need of help. Because others can be more efficiently helped if the resources needed are pooled and centrally distributed, charitable organisations are a common feature of most societies in which people live in groups large enough for the people in them not to know each other personally.

In some societies, certain needs are managed through state-controlled taxation — a proportion of one’s wealth is taken by government, pooled with others, and then spent on providing for those in society unable to provide for themselves (the sick, disabled, unemployed, widows, orphans, elderly, etc.). Expenditures from this kind of highly centralised and organised ‘public welfare’ programme are legally restricted to the society in which the tax has been collected. Plainly, this way of managing needs is very different from charity — tax-payers are ‘giving’ to the system in the expectation of ‘getting back’ from the system at some future date. Also, because state expenditures are wholly impersonal, people receiving ‘public welfare’ rarely feel that they have been in receipt of some human kindness; on the contrary, such payments are presented and perceived as ‘legal rights, statutory obligations’. Generally speaking, however, if such a system is run fairly, it appears to be efficient at meeting people’s needs.

So, if people’s needs can be efficiently met without charity, what is the point of charity? One answer is that all needs can never be met; there remain needy people, within the society, and outside it, whom the state system cannot identify as legally qualified for its help — because they are foreigners or because they do not have a fixed address, or some other bureaucratic reason. So charity is still needed to make up for the failures or limitations of ‘public welfare’. But what if the failures or limitations could be greatly reduced or even eliminated? What then?

A much better answer to the question “What is the point of charity?”, I believe, can be found by reflecting on the meaning and intent of two terms in the Islamic tradition, either of which can be correctly translated as charity. This is what I propose to do in this brief talk today. The two terms are sadaqah and zakah.