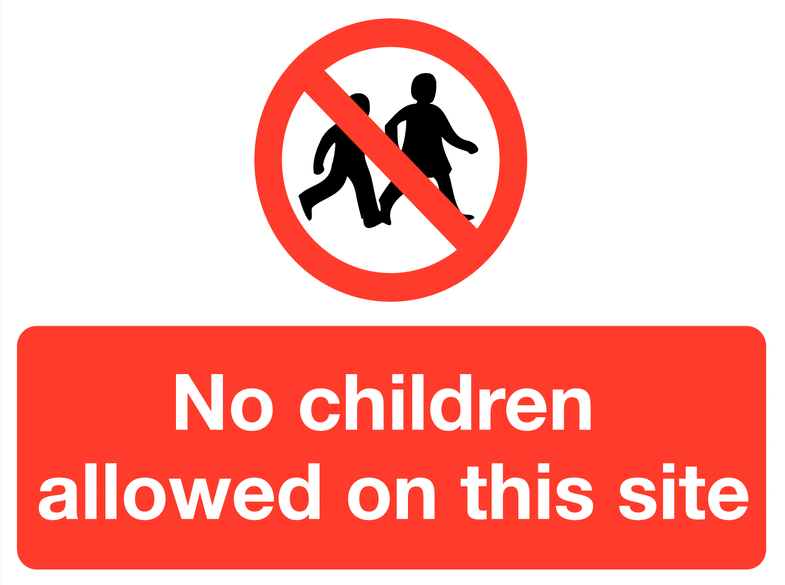 They said: We’ve noticed that some Imāms and mosque administrators prevent young children from attending the mosque and chastise them when they do.

I replied: This is a detestable policy! Preventing children from attending the mosque is in effect preventing their parents from attending and worshiping in the houses of God. God says specifically regarding being concerned with the religious affairs of our families and children: “Save yourselves and your families from the Fire.” And He says concerning Ismāʿīl, peace be upon him: “He used to bid his family to [maintain] the prayer and to [pay] the zakāt.” And He says regarding Maryam, peace be upon her, when she was honored with a private sanctuary for worship in Masjid al-Aqṣā despite her young age, “Thereupon her Lord accepted her with a gracious acceptance, and made her grow up in a worthy fashion, and He charged Zakariyyā with her care.” Furthermore, the Prophet, peace be upon him, used to encourage bringing children to the mosque.

They asked: Are there any ḥadīth reports concerning this? I replied: Yes, and they are numerous. They said: Then inform us of some of them.

Bukhārī and Muslim also reported that the Messenger of God, peace be upon him, said: “I start the prayer intending to prolong it, but on hearing the cries of a child, I cut short the prayer because I know that the cries of the child will incite his mother’s sadness.” In one of the narrations of Muslim of this ḥadīth, Anas b. Mālik narrated: “The Messenger of God, peace be upon him, would listen to the crying of a child in the company of his mother while praying, and would then recite a short or light sūrah.” It is also recorded that the Prophet, peace be upon him, shortened the Fajr prayer one day. It was said to him, “O Messenger of God, why did you shorten it?” He responded, “I heard the cries of a child and assumed that his mother is praying with us and so I wanted to make his mother available to him.” This was reported by Aḥmad with a sound chain of transmission.

‘Abdullāh b. Buraydah narrated from his father, may God be pleased with him: “The Messenger of God, peace be upon him, was delivering a sermon when Ḥasan and Ḥusayn came forward, wearing red shirts, stumbling and getting back up. The Prophet, peace be upon him, stepped down, picked them up, and carried them with him back to the pulpit. He then said: “God has spoken the truth. ‘Your wealth and your children are only a trial.’ I saw these two and could not be patient. He then resumed his sermon.” (Sunan Abī Dawūd)

In another narration it is recorded that the Messenger of God, peace be upon him, was praying. When he prostrated Ḥasan and Ḥusayn would climb on his back and when someone tried to prevent them from doing so, he gestured to let them be. When he completed his prayer he placed them both on his lap. (Ṣaḥīḥ Ibn Khuzaymah)

Muslim reported on the authority of al-Rabīʿ b. Muʿawidh, may God be pleased with her, who said: “The Messenger of God, peace be upon him, sent on the morning of ‘Āshūrā to the villages of the Anṣār around Madīnah the following message: ‘Whoever woke up fasting should complete his fast, and whoever had breakfast should complete the rest of the day without food.’ The Companions said, ‘We henceforth observed fast on it and, God willing, made our children observe it as well. We would go to the mosque and make toys out of wool for them and when they cried from hunger would distract them with these toys until it was time to break the fast.’”

They said: Some of our Imāms and teachers in our mosques assured us that children did not used to come to the mosque. Their mothers would leave them at home and the sound of their crying would reach the Prophet, peace be upon, while he was praying in the mosque, and he would therefore shorten his prayer.

I replied: That is an absurd and far-fetched interpretation. Do they not see that the grandchildren of the Prophet, peace be upon him, Ḥasan, Ḥusayn, and Umāmah were present in the mosque? Did they not read the ḥadīth of ʿĀʾishah, may God be pleased with her, that the women and children would sleep in the mosque while waiting for the ʿIshāʾ prayer?

They said: Perhaps this specific sunnah stopped being practiced in later generations?

I replied: No, this sunnah continued to be practiced. The strongest evidence of this is the fact that children continued to be recorded as present during the audition of readings of Islamic texts [samāʿ]. These auditions were held in mosques and would also be attended by Imāms, jurists, and judges. They would have prevented children from being present had they considered their presence detested.

They said: Some of them use as evidence the ḥadīth: “Keep your children and insane ones away from the mosques,” to support their claim that children should be kicked out of the mosque.

I replied: This ḥadīth is not only weak but denounced [munkar] and should not be used as evidence. Both al-Bazzār and ‘ʿAbd al-Ḥaqq al-Ishbīlī said that it has no basis. Ibn Ḥajar, Ibn al-Jawzī, al-Mundhirī, al-Haythamī, and others all declared it as weak [ḍa’īf].

They said: Another excuse given by Imāms and mosque administrators is that children distract them from focusing during their prayer.

I replied: Children are children. They were children in the era of the Prophet, peace be upon him, and they are children now! When they cried he would not reprimand them. Rather, he would shorten his prayer to console them. It is therefore considered a sunnah for the Imam to follow the guidance of the Prophet, peace be upon him, and shorten the prayer if the children become a distraction and it is prohibited for anyone to kick them out of the mosque. God Almighty says, “In the Apostle of God there is certainly for you a good exemplar, for those who look forward to God and the Last Day, and remember God greatly.” It is incumbent upon us to tread in his footsteps and habituate our children to visiting the mosque frequently rather than allowing them to potentially lose themselves in bad friendships or immoral behavior.

They said: They also can’t get past the fact that perhaps they might urinate in the mosque.

I said: You should take heed in the model of secular schools: they encourage children to attend at a young age and make the necessary arrangements to make it comfortable for them. You should also learn from how commercial and recreational establishments provide incentives and treats to children in order to attract their parents.

They asked: What advice to you have for us?

I replied: Mosques are the institutions wherein we nurture our children to establish a connection with their Lord and practice worship. They are where we teach them the Qurʾān, Islamic rules, sunnah practices, and good manners. It is incumbent upon us to facilitate the means for them to attend these institutions. We should attract them by providing sweets, snacks, drinks, and gifts so that the mosque becomes beloved to them. We should be gentle with them when teaching them the etiquette of being in the mosque. Muslim reported on the authority of ‘Āishah, may God be pleased with her, that the Prophet, peace be upon him, said: “Whenever gentleness is added to something, it adorns it; and whenever it is withdrawn from something, it leaves it defective.” It is also important for those praying in the mosque to show love to the children present. Finally, it is recommended that mosque administrators facilitate the necessary means for both the attendance and education of children with the most gentle of manners. Being open-hearted, loving, and merciful is the best way we can deal with our young ones, and I fear that if we are too strict with our young ones and prevent from attending the mosque we will cause them to be averse to it and leave without returning again. Therefore, follow the Prophetic advice: “facilitate things to people and do not make things difficult; convey glad tidings to them and do not repulse them.”