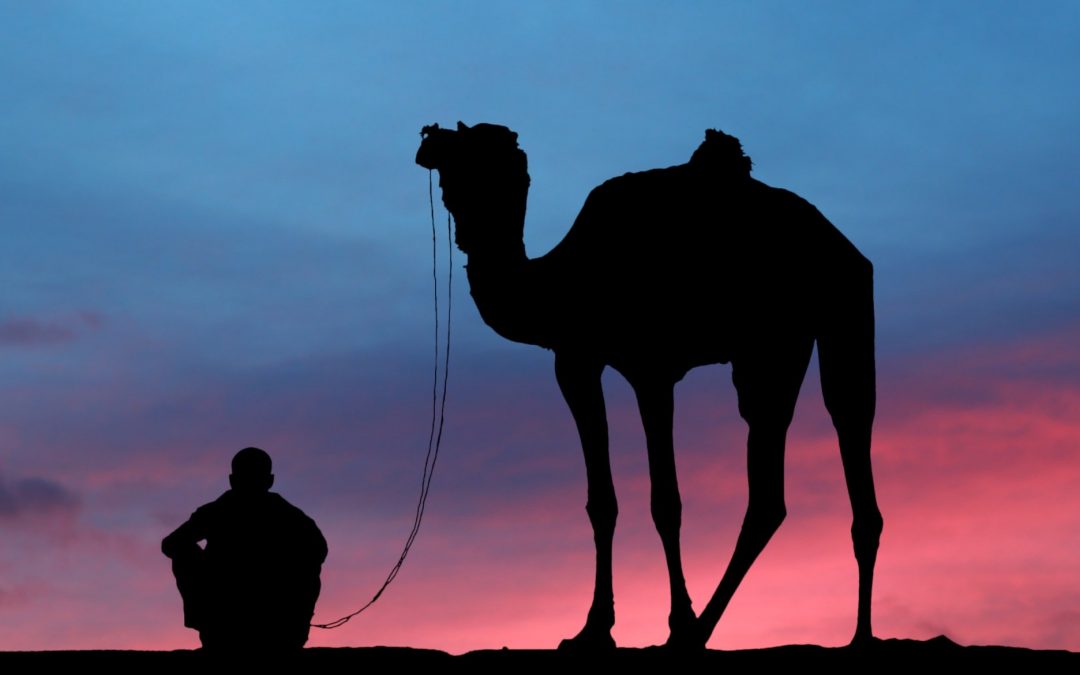 The coronavirus is spreading rapidly throughout the world. The most effective means to stop its spread that is being considered is for people to remain in their homes and avoid coming close to others. The contagious nature of this disease is a clear empirical and rational reality that is accepted by all experts, Muslim and otherwise. For this reason, all nations have chosen to close their public places and severely restrict social interaction.

While all of these restrictions are being planned, in some Muslims circles it is being debated whether the idea of contagion (the communication of disease from one person to another) is correct, and whether these precautions detract from tawakkul, or trust in God. This article is a meager attempt to answer these two questions.

The contagion of diseases

The following ḥadīth report is related in Ṣaḥīḥ Bukhārī, Ṣaḥīḥ Muslim and other works from multiple Companions with various wordings:

This report apparently denies the notion of contagion. Some people have understood from this that Islam does not believe in the contagion of any disease, that Coronavirus or other similar illnesses are not contagious, and that there is thus no need to distance ourselves from those who have been affected by them.

Ḥadīth commentators and other scholars have long refuted this claim by emphasizing that diseases can indeed be contagious, and that the contagion of diseases is merely another natural cause and means among many others that God has created and placed in the world.

The explanations and reasoning of experts on this matter have been nicely and comprehensively captured by my friend Maulānā Ḍiyāʾ al-Dīn, muftī of the Waṣiyyat al-ʿUlūm school in Allahabad: that this ḥadīth serves to refute myth and superstition, not facts. This means that this ḥadīth only denies unfounded beliefs concerning contagion. Pagan Arabs believed that many non-contagious diseases had the power of contagion, and also that contagious diseases possessed an independent power and ability to affect others. These types of superstitions remain prevalent in polytheistic societies today, such as India, where many believe in these same notions, worship these types of diseases and even call upon the diseases themselves for their alleviation.

The items mentioned in this ḥadīth are all related to myths and superstition. One of them is ṭiyarah, which is to consider bad luck or a bad omen from anything one sees or hears. Another ḥadīth states that ‘ṭiyarah is a form of shirk. The other item is hāmah, which is a type of owl which, when it screeched near someone’s house, pagan Arabs believed everyone in that house would die. Similarly, the denial of ṣafar refers to the month of Ṣafar which was considered by the pagans to be a month of bad luck where they would avoid organizing marriages and their likes. Another version of this same ḥadīth also covers the pagan notion that the itching of camels was considered a result of contagion. The Prophet, peace be upon him, also rebutted this notion.

The Prophet, peace be upon him, never denied any reality. There is a fundamental difference between fact and myth. While myths have none, facts are built upon evidences which can be empirical, rational or experiential. Based upon these evidences, those things which are determined to be causes are indeed such. For instance, leprosy or plague, is an extremely harmful and contagious disease. Concerning the plague or leprosy-afflicted person, the Prophet, peace be upon him, prescribed that one ‘flee from that person like one flees from a lion.’ This ḥadīth appears once in Ṣaḥīḥ Bukhārī alongside the portion negating contagion (lā ʿadwā), which makes clear that just as the Prophet rebutted superstitious, unfounded and pagan notions, he also in the same ḥadīth affirmed actual contagious diseases and advised fleeing from those individuals. In a report from Ṣaḥīḥ Muslim, the Prophet, peace be upon him, forbade the ill from approaching healthy individuals. This obviously does not refer to all diseases since the Prophet used to visit the sick and strongly advised others to do the same, but it refers to those diseases that carry the real danger of contagion or are considered by people to be extremely harmful.

The Meaning of Tawakkul

Tawakkul means to put your complete trust in God. It is firmly related to the mind and heart. When faith progresses to the stage of tawakkul, the heart becomes certain and content that the true effector or cause of influence in the world is only God.

And when you are resolved on a course of action place your trust in God; surely God loves those who put their trust (in Him). 3:159

Refusing to adopt means while claiming to rely on God is pure ignorance and hence, forbidden. The Qurʾān advises people going to Ḥajj to take their provisions when embarking on the journey. Once a man came to Imām Aḥmad b. Ḥanbal and informed him that he was going to Ḥajj. Imām Aḥmad advised him to prepare for the journey. He replied that he would go without provisions while trusting in God. Imām Aḥmad replied, ‘Then don’t go with any caravan but go by yourself.’ He replied that he would travel with other people. Imām Aḥmad said to him, ‘Then your trust is not in God but in the provisions of those people you will be traveling with.’