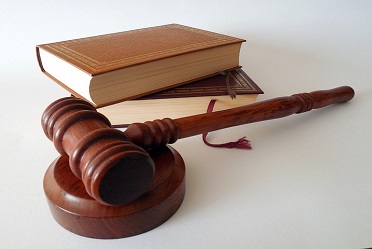 People have called and written to me to report that Muslims in India are very angry and, at the same time, very anxious, that the so-called “triple talaq” bill has been passed by both houses of the parliament, and the President has given assent to it. This new law has made the “triple talaq” illegal and invalid, as a means for Muslim men to divorce their wives “instantly”. And they have asked me to react, to comment. The feelings of anger and anxiety are reflex responses. While such feelings are “natural”, Muslims are under religious obligation to control them, and to get sound information and think carefully and patiently before they decide, as believers, how to act in response to that information.

The best of believers are those who put their trust in their Creator and orient their human effort towards the hereafter. Those are not the best of believers who put their trust in people who use half-truths to raise a storm of crowd-emotions, and then orient collective resources and effort for some short-term worldly gain. Originally, the case was brought to the Supreme Court by Muslim women who say that the “triple talaq” in the way that it is regularly practiced is an abuse of their rights and dignity. Instead of being a legal device that permits reflection and undoing of a decision made on impulse, three divorces are uttered all at once, typically without consultation with the wife or anyone else. And yet Muslims are required by the Qur’an to act with kindness (bi-l-ma`ruf/ihsan) both when arranging marriage and when arranging divorce.

Divorce, in any case, is a last resort following the admission of personal and family failure. Then, pronouncing divorce three times all at once is considered improper and disapproved by overwhelming majority of all Sunni schools of law. As for notifying the wife by Skype or WhatsApp of the husband’s decision: this shows disrespect both for the wife and for the letter and spirit of the law, and it shows disregard for the importance and seriousness of marriage and what it is for. Now, if a law is regularly abused, regularly leads to suffering and injustice, of what use is it to us as believers? An Islamic law has some symbolic value, of course, as representing the religion and the community, but its primary value is as an instrument for establishing and upholding justice. If it fails in that objective, it is a religious duty to reform it, perhaps even suspend it for a time, so that its purpose comes back into focus and it educates and enables the ma`ruf and ihsan.

For the reasons just given, and/or for other local reasons, it is already the case that in next-door Pakistan, and nearby Saudi Arabia, and other Muslim-majority countries, the “triple talaq” formula is invalid under state law. On the face of it, Muslims in India should not be overly concerned that their Supreme Court, and then parliament and President, have brought their state’s law into line with its neighbours. But Muslims in India are concerned because this ruling fits into a pattern of behaviour on the part of a political party explicitly and noisily committed to making life as humiliating and unpleasant as possible for their Muslim fellow-citizens. Without doubt this latest ruling will be exploited as an important precedent for dismantling such legal protections as remain in the country for enabling Muslims and Hindus to live peaceably alongside one another. It will be used to darken the mood, to make it possible for state authorities (including especially the law enforcement authorities) to act illegally against the Muslim minority (and then against other minorities) and to do so with impunity.

This kind of thing happens even in the most committed “secular” (and materially “advanced”) democracies when public figures invoke contempt and hatred of an ethnic or religious or political minority (such as immigrants) in order to secure the political support of the majority community. Donald Trump is by no means the only example: sadly, and unsurprisingly, his example is emboldening many leaders around the world to follow him in stoking the fires of mistrust and hatred. It is an open fact that the ruling party in India advocates a uniform civil code to undo the established legal spaces for diversity in “personal and family law” of the different communities in India. This inclusiveness of the law is a legacy from the British Raj, itself an adaptation of the diversity of millat arrangements characteristic of pre-modern Muslim polities in India and elsewhere. Undoubtedly it is an indignity for Muslims if they have no say in reforming their own laws, especially those that concern personal and family relations. And yet, the fact is that many millions of Muslims live all over the world, as immigrant minorities, under the local uniform civil code.

Evidently, they choose to do this in preference to living in Muslim-majority countries where, superficially at least, the state law is supposed to derive from, or be respectful of, Muslim legal traditions. It is also significant that, in this case, the Supreme Court ruling was in fact a response to a grievance brought by Muslims. So why then should Muslims in India feel angry, aggrieved, anxious about this ruling? Are such feelings really any more than reflex responses to the spiteful victory chants of a self-declared “enemy” of the Muslims? Nobody enjoys watching their enemies celebrate a victory over them. But is it a victory, really, for the “enemies” of Muslims and Islam?

Predictably, the extremists claim and present this ruling as a defeat for Islamic law, and therefore as a defeat for Islam and Muslims. But if the ruling turns out to be an improvement in access to fairness and justice for Muslims, and that is the whole purpose of Islamic law, how is the ruling a defeat of Islamic law? If it turns out to be of help to Muslims in living according to the commands of the Qur’an and Sunnah, in improving the practical norms of their personal and family behaviour, how is it a defeat for the Muslims?

In the surah Rum in the Qur’an, our Lord and Creator consoled the Muslims when, after the Greek-Roman Christians were defeated by the Persians, the idolators in Arabia rejoiced: He counselled the Muslims to be patient and await the turn of events. And the Book urges the believers when they hear abuse and foolish talk from people, to leave them to their hollow celebrations, and pass by saying only “Salam”, Peace. That is surely the wiser response now, the more sustainable and more fruitful way to contain and correct inter-communal rivalries and competitions. In the end, the race is to forgiveness, and believers can hope for something that unbelievers can never hope for, let alone attain.