Virtue of the Juristic Approach in Fiqh 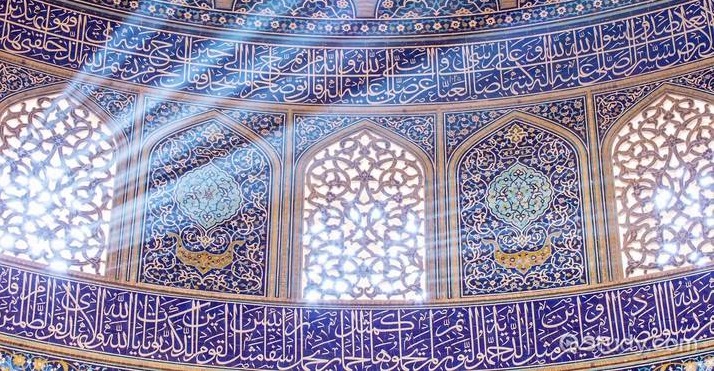 They said: One particular matter really concerns us.

I asked: What is that?

I replied: Why do you always inquire about simple matters that contain no ambiguities? Were you to exercise your mind and intellect, you would have understood its reality quite well. Do you not respect your teacher enough to protect his time from being wasted? For the most valuable thing I am devoting myself to is my commentary on Ṣaḥīḥ Muslim. I do not want to be diverted from it so that you can enjoy yourselves with non-essential and vain matters!

They replied: We consider your words distasteful and disapprove of them. We are offended by your labelling of our question as non-essential and vain.

I replied: Is not the reward for offence but offence itself? So be offended until you appreciate the extent of my ordeal with you!

They replied: Forgive us if we were burdensome or troublesome to you but tell us why this particular question troubled you greatly.

I said: Why will you consider taking history from lawmakers, or law from historians?

They asked: When did we do that?

I replied: Did I not inform you in the past that ḥadīth are historical reports while fiqh is law?

They replied: Of course, but what you censured therein did not apply just to ḥadīth scholars, but many great scholars fell into that.

I replied: Yes they did, and what a terrible thing they fell into.

They replied: So who do we take fiqh from?

Take the knowledge of fiqh from its practitioners, and the best of them were the jurists of Madīnah and Kūfah, and then those that followed in their footsteps from the other regions.

They asked: Why have you preferred the jurists of Madīnah and Kūfah over others?

Because indeed Madīnah was the city of the Prophet, peace and blessings be upon him, and the city of the Rightly Guided Caliphs and the foremost predecessors of the Emigrants (Muhājirīn) and Helpers (Anṣār). The residents of this city were raised upon guided practices and proper actions, which were an effective application of the Noble Qurʾān. Its jurists took this practice [as a guide], derived their rulings based upon it, and transmitted that to others. The residents of Kūfah were also similar in this aspect of transmitted practice and action, as ʿAbdullah b. Masʿūd had moved there as a teacher, muftī and jurist. He was sanctioned for Kūfah by the Commander of the Believers ʿUmar b. al-Khaṭṭāb himself, may God be pleased with him. ʿUmar praised him immensely and commended his knowledge and virtue, just as other Companions who had settled in Kūfah had praised him as well. The Commander of the Believers ʿAlī b. Abī Ṭālib, may God be pleased with him, said: “God have mercy upon Ibn Umm ʿAbd, for he has filled it [Kūfah] with knowledge.” Ibn Masʿūd trained an elite group of students, who also took from ʿUmar b. Al-Khaṭṭāb, the Mother of the Believers ʿĀʾishah, ʿAlī b. Abī Ṭālib, Hudhayfah b. al-Yamān, Abū Mūsā al-Ashʿarī and others, may God be pleased with them all. Kūfah then developed its own independent school in fiqh, with its own characteristics and features. Ultimately, two legal schools— that of Madīnah and Kūfah — became widespread among scholars, who studied and transmitted them broadly with some differences here and there, at times agreeing and sometimes differing on individual matters.

They asked: What do you say about the people of Baṣrah, Makkah, Egypt and Syria (Shām)?

These regions did not have independent schools, and their people did not transmit practices that would be unique as compared to others. Rather, these regions contained scholars who learned from the jurists of Madīnah and Kūfah. Some of them inclined predominantly to the scholars of Madīnah while others to those of Kūfah, and others even joined the two. The senior jurists of Baṣrah were Ḥasan, Ibn Sīrīn, Qatādah, Ayyūb, Ḥammād b. Zayd; in Makkah: ʿAṭāʾ b. Abī Rabāḥ, Ibn Jurayj, Sufyān b. ʿUyaynah, Muslim b. Khālid al-Zanjī; in Egypt: Layth b. Saʿd, ʿAbdullah b. Wahb, ʿAbd al-Raḥmān b. al-Qāsim, ʿAbdullah b. al-Lahīʿah; in Syria: Umm al-Dardāʾ, Abū Muslim al-Khawlānī, Abū Idrīs al-Khawlānī, Makḥūl, and Awzāʾī.

They asked: What was the origin of the jurists of ḥadīth?

Their origin was Baṣrah, which was a place that did not inherit any transmitted practices like Madīnah had, nor did it witness any jurists from the Companions and Followers like those that Kūfah had gained. Scholars of Baṣrah, rather, benefited from the Kūfans and Madīnans, and were involved in great dispute between the two sides. Ibn Sīrīn, Shuʿbah, and Yaḥyā al-Qaṭṭān inclined towards the Kūfans while Ḥasan al-Baṣrī, Ayyūb, and ʿAbd al-Raḥmān b. Mahdī inclined towards the Madīnans, may God have mercy on all of them. Ibn Mahdī was the founder of the school of ḥadīth-based fiqh. He studied for a long time under Sufyān al-al-Thawrī and devoted himself to him. Afterwards, he travelled to Madīnah and learned from Mālik and others. He inclined towards Mālik while maintaining some differences in his ḥadīth and other reports. He was very strict in relying on ḥadīth reports in all matters. Imām Shāfiʿī followed him in this regard, as he was from Makkah which was close to Baṣrah in not possessing any transmitted practices. After having learned from the scholars of Madīnah and Baṣrah, ʿAbd al-Raḥmān b. Mahdi settled back in Baṣrah, where he became pleased with his own school. He authored his marvellous and magnificent treatise, which quite firmly supported this new approach, made ḥadīth a foundation of religion and strictly subjected fiqh to ḥadīth for the very first time.

They asked: What was the approach of the scholars of Madīnah and Kūfah prior to Shāfiʿī?

It was a natural approach supported by the mind, as scholars of Madīnah and Kūfah had made the Qurʾān, Sunnah, transmitted practice, consensus, universal legal maxims and analogical deduction the bases for their ijithād, rulings and edicts.

They asked: So why didn’t the Ḥanafīs and Mālikīs preserve their schools in this way?

The call of Shāfiʿī to act upon ḥadīth was a powerful one supported by overpowering evidences and overwhelming proofs. It fell on attentive ears and convinced minds and hearts. Most scholars of ḥadīth and many jurists began to follow him in this. This was further strengthened by what the hearts contained of love for the Prophet, peace be upon him, and reverence for his ḥadīth. Ḥanafīs and Mālikīs now found themselves on the defensive. They were forced to find ḥadīth and other reports to support their views and strengthen their arguments, which ultimately filled their books with weak, anomalous and fabricated reports. When criticized by scholars of ḥadīth, they responded by saying that they had different principles in authenticating reports, which was a terrible justification that weakened and deteriorated their standing even further.

They asked: What would you advise the Ḥanafīs and Mālikīs then?

They should really study the Muwaṭṭaʾ and the books of Abū Yūsuf and Muḥammad b. al-Ḥasan al-Shaybānī in order to absorb their methodology in presenting matters and deriving evidences. They should then explain that to the people in an honest and trustworthy way, for the Ḥanafīs and Mālikīs are in great need of explaining and presenting their schools, and not just simply defending them or finding evidences for them which their earliest authorities did not rely upon, in terms of ḥadīth and other reports which were rightly criticised by ḥadīth scholars.

They asked: What then is your position concerning what Shāfiʿī called to? Is there any benefit for the ummah in that?

There certainly is great benefit in that, for Shāfiʿī protected Islām from becoming regional—Madīnan, Kūfan, Egyptian, or Syrian. Ḥanafīs and Mālikīs need to benefit from the approach of Shāfiʿī, not to change their schools based upon it which winds up distorting them. It is obligatory upon them when they attribute a statement to the Prophet, Companions or Followers, that they verify them in light of the principles of Shāfiʿī and develop those further as the ḥadīth scholars did, especially Bukhārī and Muslim.

They asked: What would you advise us then?

Be wary of making ḥadīth a foundation of religion, for the foundations are those that were followed by Abū Ḥanīfah, Mālik and their likes from the scholars of various cities: the Book of God, the Sunnah of His Messenger, peace be upon him, consensus, universal legal maxims and analogical reasoning (qiyās). Be wary of innovating ḥadīth or narration as a new foundation of religion. The principles of ḥadīth are those affirmed by Shāfiʿī, Aḥmad b. Ḥanbal, Bukhārī, Muslim and the rest of the ḥadīth scholars. Take your knowledge of fiqh from the scholars of fiqh and your knowledge of ḥadīth from the scholars of ḥadīth, and do not muddle the two approaches.

They asked: You have clarified the matter greatly.

I replied: Do not praise me but praise God who subjected me in order to teach you, for all praise belongs to Him, in the beginning and in the end.