Be answerable for your speech 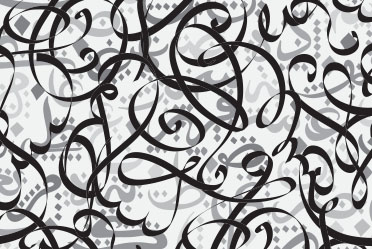 I would remind my brothers and sisters in Islam – those who support me in some degree or agree with me in some ways, and those who disagree with me or oppose me or abuse me – that speech is action which has weight in the present and consequences thereafter. Therefore it is of the highest importance to be very disciplined in one’s speech. Just as you would not strike someone with your hand, so also you should not strike them with your tongue, neither to hurt nor to flatter. Allah says: “The hearing, and the sight, and the brains—all these will be questioned.” (al-Isra’ 36) Mu’adh ibn Jabal reported: The Prophet said: The head of the matter is Islam, its pillar is prayer, and jihād is its peak. Then the Prophet said: Shall I not tell you how to achieve all of this? I said, “Yes, O Messenger of Allah.” The Prophet pointed to his tongue and he said: Restrain this. I said, “O Prophet of Allah, will what we say be held against us?” The Prophet said: May your mother be bereaved of you, O Mu’adh! Is there anything that topples people onto their faces in the Hellfire but the harvest of their tongues? (Sunan al-Tirmidhī 2616).

In particular I would remind my brothers and sisters to be careful of extreme language excessive praise and excessive blame. Excessive praise is harmful even if it is deserved. Our words should always be deliberate and therefore moderate. It is particularly forbidden for Muslims to accuse each other of being munafiq or kafir. These judgments are the prerogative of God and His Messenger.

It is permissible under the duty of bidding to the good and forbidding from the evil, to express concern and criticism about particular actions or arguments or policies. In some situations the persons responsible for such things may be mentioned in order to protect others from their harm. However, even in such case it is not permissible even to think, let alone to publicly proclaim that any particular individual is wrong about everything even when he is clearly wrong about one or two things. Allah says: “O you who believe! Be upright to God, witnessing with justice; and let not the hatred of a certain people prevent you from acting justly. Adhere to justice, for that is nearer to piety; and fear God. God is informed of what you do.” (al-Ma’idah 8) Under no circumstances is it permissible to describe someone who calls himself a Muslim as a kafir or munafiq. The Messenger, peace be upon him, said: “He who says to his brother ‘O disbeliever’, then it returns upon one of them.” (Sahih al-Bukhari, Muslim, Muwatta of Malik, Sunan al-Tirmidhi and Abu Dawud) He also said: “And he who accuses a believer of kufr (disbelief) then it is like killing him.” (Sahih al-Bukhari) On the contrary our obligation is to search exhaustively again and again for any reason, however slight, for not using such terms of that individual.

Accusations of this forbidden sort should not be reported or circulated, because they may have been spoken in a moment of undisciplined anger or under some social or political pressure. It is lawful, and sometimes useful, to report any information or argument that may have been put forward to support the accusation. The reason is that honest discussion of information and argument is the proper means of testing the information and the argument. Indeed, that is another reason why accusation of kufr and nifaq are forbidden: such accusations make any discussion, not to speak of honest discussions, impossible.