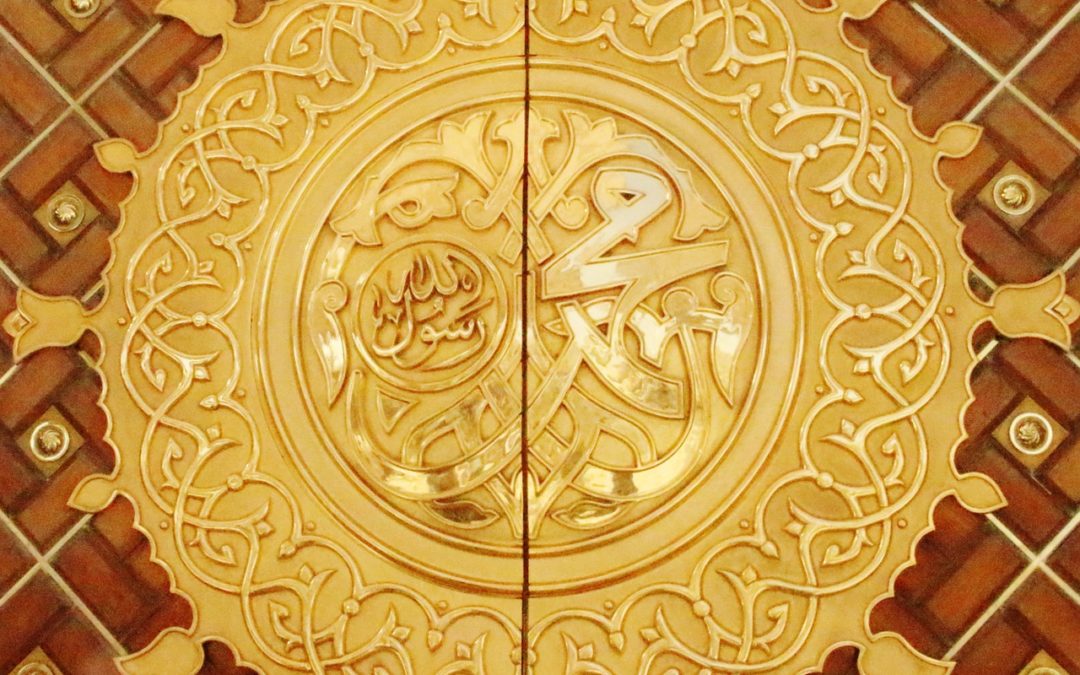 What is the meaning of sunnah? The technical meaning of the term is a way or practice that was established and pursued by the Prophet, peace be upon him, and then by the Rightly Guided Caliphs, the rest of the Companions, and the leading figures in the generations that followed them.

And what is the meaning of ḥadīth? Technically, it is a report comprised of the words of the Prophet, peace be upon him, or of his actions, tacit approvals, characteristics or other personal matters.

And what is the real connection between them? Is it a successive, sequential relationship, or an explanatory one in which one elaborates on the other?

It is neither. The relation between them, from one respect, is that of specification (i.e. general versus specific). Some of the sunnah is ḥadīth, while some ḥadīth is sunnah. So ḥadīth is broader than sunnah from one aspect, while sunnah is broader than ḥadīth from another. Much of what is narrated concerning the Prophet’s statements, actions, approvals or descriptions are ḥadīth and not sunnah. And much of what was passed on by the jurists of the various regions among the early generations, in terms of followed practices concerning prayer, charity, pilgrimage, edicts and rulings, are sunnah but not ḥadīth or reports.

They asked: Can you give us an example?

Examples are abundant and widespread in the books of ḥadīth and fiqh.

They said: Please explain with alternating examples that would distinguish the two notions properly.

An example of sunnah is what Mālik relates from Ḥumayd al-Ṭawīl from Anas b. Mālik who said: I prayed behind Abū Bakr, ʿUmar and ʿUthmān, and none of them practised Basmalah when they began their prayers. Bukhārī and Muslim, as well as other Imāms of ḥadīth, also related this. It is additionally supported by a ḥadīth of Abū Hurayrah in which he reports that the Prophet, peace be upon him, said: God says: “I have divided the prayer into two halves between myself and my servant, and for my servant is what he/she asks for. When the servant states, ‘Praise belongs to God, Lord of the worlds,’ God replies, ‘My servant has praised me…’”

Another example [of sunnah] is what Yaḥyā b. Yaḥyā al-Laythī relates in the Muwaṭṭaʾ: I heard Mālik say concerning the six days of fasting after the Eid al-Fiṭr following Ramadan, “I have not observed any person of knowledge and understanding fast these days, and such a report has not reached me from any of the early authorities. And the people of knowledge considered the practice makrūh (detested) fearing that it would become an innovated practice or that ignorant ones would add to Ramadan that which did not belong to it.”

Yet another example is that Abū Dāwūd relates from Ṭawūs who said: I asked Ibn ʿUmar about praying two rakʿahs before Maghrib and he replied, “I have not seen anyone in the era of the Prophet, peace be upon him, pray these.” ʿAbd al-Razzāq relates in his Muṣannaf from Ibrāhīm al-Nakhaʿī who said: “Neither Abū Bakr, nor ʿUmar, nor ʿUthmān ever prayed two rakʿahs before Maghrib.”

Examples of ḥadīth include what was related by Nasā’ī in his Sunan: Muḥammad b. ʿAbdullah b. ʿAbd al-Ḥakam informed us from Shuʿayb: Layth informed us: Khālid informed us from Saʿīd b. Abū Hilāl from Nuʿaym al-Mujmir, who said: I prayed behind Abū Hurayrah, and he practised basmalah and then recited al-Fātiḥah . . .  And he said at the end, “By the One in Whose Hand is my soul, my prayer most closely resembles that of the Prophet among you.”

Another example is that which Muslim narrated in his Ṣaḥīḥ: Yaḥyā b. Ayyūb, Qutaybah b. Saʿīd and ʿAlī b. Ḥujr all reported to me: from Ismāʿīl: Ibn Ayyūb said: Ismāʿīl b. Jaʿfar related to us: Saʿd b. Saʿīd b. Qays related to me from ʿUmar b. Thābit b. al-Ḥārith al-Khazrajī from Abū Ayyūb al-Anṣārī, God be pleased with him, who related to him that the Prophet, peace be upon him, said: “Whoever fasts Ramadan, then follows that with six from [the month of] Shawwāl would be as if he fasted for a lifetime.”

Yet another example is what Muslim narrated: Shaybān b. Farrūkh narrated to us: ʿAbd al-Wārith narrated to us from ʿAbd al-ʿAzīz (and he is Ibn Suhayb) from Anas b. Mālik who said: When we were in Madīnah, the moment the Muʾadhdhin made the call to the sunset prayer, the people hastened to the pillars of the mosque and prayed two rakʿahs with the result that any stranger coming into the mosque would think that the obligatory prayer had been observed owing to the number who were praying then.

Another is what Bukhārī relates: Abū Maʿmar related to us: ʿAbd al-Wārith related to us from Ḥusayn from ʿAbdullah b. Buraydah who said: ʿAbdullah al-Muzanī related to me from the Prophet, peace be upon him, who said: “Pray before the Maghrib prayer.” He said it three times, and in the third, he said, “For whoever wants to do so.” He said so because he did not like the people to take it as a sunnah.

When Ḥadīth Clashes with Sunnah

They asked: If a ḥadīth clashes with a sunnah, which of them do we prefer?

The sunnah takes priority over ḥadīth. The examples we related of the sunnah are prioritised over the ḥadīth that we have reported.

They asked: Does that not necessitate that we reject sound reports without justification?

No, because the sunnah is an elaboration of the Book of God and the continuing, inherited tradition passed on one generation to another, among the golden centuries. Ḥadīth and reports that conflict with the sunnah, despite their authenticity, carry the possibility of being abrogated, containing errors or an alternate interpretation.

They asked: Did any of the guided Imāms speak of this?

Yes, for in Tartīb al-Madārik, Mālik states: I have seen Muḥammad b. Abū Bakr b. ʿAmr b. Ḥazm, who was a judge and whose brother ʿAbdullah happened to be a ḥadīth scholar and a truthful person. I saw that whenever his brother Muḥammad issued a verdict which happened to clash with a ḥadīth, ʿAbdullah would criticise him by saying, “Hasn’t there come such a ḥadīth on this issue?” Muḥammad would reply, “Yes.” ʿAbdullah would ask, “So why do you not base your verdict on it?” Muḥammad would reply, “Where do the people stand in relation to this?”

Ibn al-Muʿaddal says on this issue: I heard a person ask Ibn Mājishūn, “Why do you sometimes relate a ḥadīth but not act upon it?” He replied, “So it would be known that I am upon inherited knowledge.” Ibn Rabīʿah said: “A thousand from a thousand is better than one from one.” Something similar is related from Ibrāhīm al-Nakhaʿī and Mālik b. Anas, God be pleased with them both.

They asked: There are people that consider ḥadīth and sunnah to be synonymous.

They have done so but are not correct. They have greatly harmed fiqh and the way of the jurists.

They asked: Explain that to us clearly.

I replied: I have already done so in my article, “Between Ḥadīth and Fiqh.”

They asked: Do we need ḥadīth to verify the sunnah?

Yes. Whenever people ascribe a sunnah to the Prophet, peace be upon him, or his Companions, then it is obligatory to verify that with various means, which include the methodology of the ḥadīth scholars. But you should know that the way of verifying a sunnah practice is not only limited to the way of the ḥadīth scholars, which I have clarified in my previous articles.