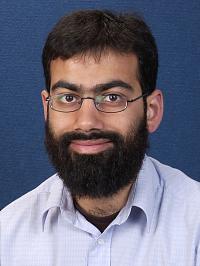 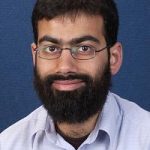 Shaikh Akram has the following and more: a deep and vast knowledge of the Islamic sciences, an incisive and open mind, a motivation to teach (not just texts, but also the importance of piety, and the critical thinking and flexibility that were hallmarks of some of our great scholars), compassion, a down-to-earth style that encourages questions, and a willingness, despite his formidable intellect and learning, to modify his views in response to new knowledge. Any one of these attributes possessed to such an extent would be remarkable in a teacher, but their combining in one individual blesses us with a unique learning opportunity, mashaAllah.”

“The set-up of the classes is highly conducive to learning. Shaikh Akram does not mind being interrupted with questions, requests for clarifications, and even challenges. The opportunity to voice one’s own questions and also listen to the discussions of others enriches the learning considerably. Although Sahih Bukhari is studied at institutions across the world, studying the text with Shaikh Akram is a unique experience. It is accompanied by discussion, not just of linguistic meanings, but also of why particular ahadith are included in Bukhari and not in Muslim (and vice versa), and reflections on the way in which Imam Al-Bukhari chose to order his chapters, or which versions of a hadith to place in which chapter. The ahadith are our authentic link with the Prophet (peace be upon him). In each class, when reflecting on the text of the hadith, one feels one gains a new connection with some aspect of his life. The science of hadith, with its academic rigour, objectivity, ways of dealing with uncertainty, demonstration of methods (so that findings are open to scrutiny and criticism), has striking resonances with modern scientific endeavour, and Shaikh Akram brings this to life. The study of Tirmidhi is conducted similarly.
The Al-Salam Institute classes have been the highlight of my week for the past two years. I hope they provide continued benefit to the ummah, and to humanity in general.