The pandemic and Ramadan 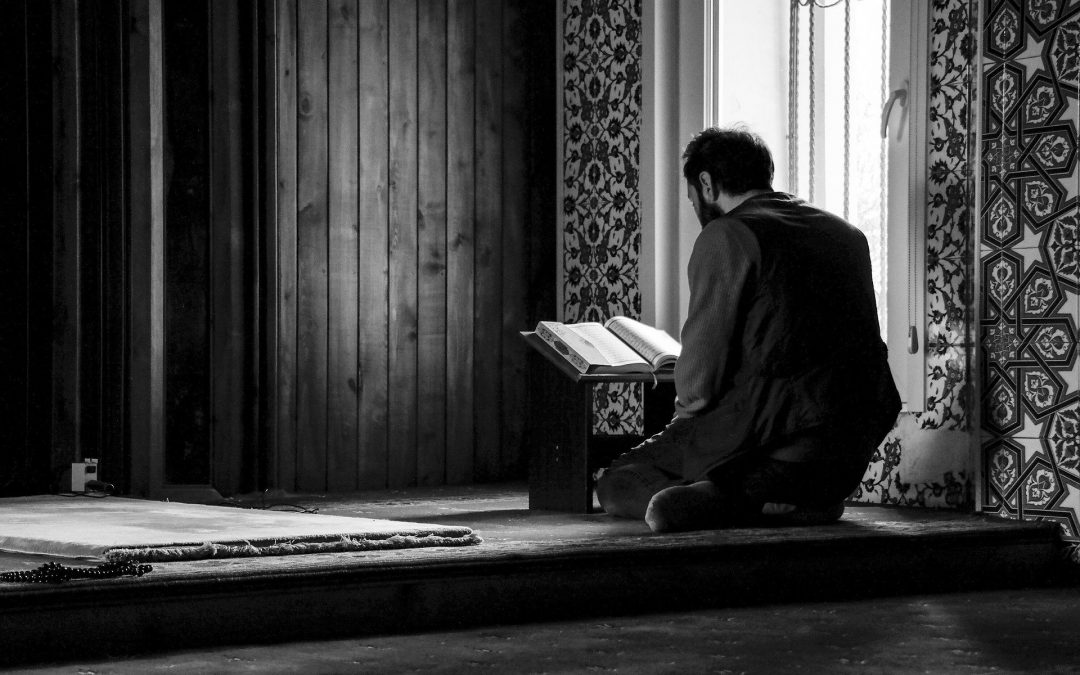 Only a week remains to prepare, before we welcome the month of Ramadan. With the covid-19 pandemic ongoing, so is the lockdown, and it is most likely that the lockdown will continue throughout Ramadan, and perhaps even longer. People are preparing themselves for this unusual Ramadan when they are confined to their homes. Several questions have been put to me about the fasting, tarawih, i`tikaf and `id. Here I have tried to answer some of the most pressing ones.

Fasting for doctors and medical staff

For the duration of the pandemic, the people at the forefront of the struggle to contain it, those who carry the risks and burdens of caring for the patients and working to save their lives, are the doctors, nurses and other staff in the hospitals and care homes. The pressure on them is immense; their working hours have been greatly extended. As a result, they are under great strain, physically and mentally. Yet, in spite of exhaustion, they need to be continually attentive in the difficult procedures of care, and they need to be very precise in how they adjust those procedures for each individual patient. So, the question arises: should they be allowed to fast, when lives depend on their being continually alert and active?
Fasting as an act of worship is of the greatest benefit to individuals and community. Therefore, out of His compassion for the believers, Allah has made it obligatory during the month of Ramadan. And from the same compassion He has relaxed this obligation for those who, in this month, may be in specified conditions of hardship: for them, it is not obligatory to fast in Ramadan, but it is obligatory for them to fast the same number of days missed in Ramadan at a later time, when those conditions of hardship have passed or eased.
Among the specified conditions are travelling and illness, and for women while pregnant or while nursing infants. Depending on the hardship they face, in these conditions people have a choice to fast or not to fast in the month of Ramadan. For example, for certain kinds of travel, it is preferred that travellers fast if their fasting does not affect their journeying or other necessary activities. But in other cases, it is preferred, or even obligatory, not to fast. For example, those who are ill and whose life or health may be endangered by fasting, or pregnant and nursing women for whom fasting may adversely impact their own and their babies’ health.
Analogously, those who are fighting to defend their homes and cities, even if this fighting does not involve travelling away from their homes or cities, are permitted to not fast. Indeed, it may be that, in certain conditions, when they are engaged in combat or on sentry duty, they are obligated not to fast. The Prophet once set out with his companions to a battle, and during the journey he permitted them to fast or not fast, depending on their individual condition. However, as he approached the enemy, he commanded his companions not to fast (see the chapters on fasting in Sahih Muslim, Sunan Abi Dawud). In accordance with that practice, in 702 Ibn Taymiyyah commanded the fighters not out in the field but nevertheless engaged in the battle to save Damascus from the Mongols, not to fast and to focus their energies on the jihad in hand (Zad al-ma`ad, 2/53-54; al-Bidayah wa-l-Nihayah, 14/31).
In the present situation of pandemic and lockdown, doctors and other medical staff are in a situation similar to the fighters with the Prophet or the fighters in the time of Ibn Taymiyyah. Fasting may adversely affect their ability to do their life-saving work. So it is not from righteousness for them to fast. The Prophet said once: It is not from righteousness to fast when travelling. (Sahih al-Bukhari) Doctors and medical staff in the highly abnormal circumstances of this Ramadan should not fast; rather, they should focus their energies on their duties, and then make up their fasts when the abnormal circumstances have passed.

Doing the tarawih prayers at home

We will not be able, during lockdown, to pray the tarawih in our mosques. But there is no harm in this. Rather it is the normal sunnah for non-obligatory prayers, that they may be done at home. The Prophet said, in the context of the tarawih prayers in the month of Ramadan: “The prayer of a person is better at home except the fard prayer” (Sahih al-Bukhari and Sahih Muslim). Generally the Prophet’s companions used to pray the tarawih at home. Even `Umar ibn al-Khattab, who asked those who were praying separately in the mosque to pray together behind an imam, himself used to pray the tarawih at home.
People can pray their tarawih at home individually, or in congregation with members of their household.
The tradition has been to pray 20 rak`ahs of the tarawih. However, it is not obligatory to do so, and it is permitted to do more or less. Similarly, there is no obligation to complete the recitation of the whole Qur’an during the tarawih of Ramadan. Rather, people should be more concerned to pray attentively, and to ponder the message of the Qur’an and strive to preserve it in their thoughts, attitudes and actions. In this way they can secure the blessing of Ramadan and of concentrated recitation of the Qur’an during this month.

Reading from the Mushaf in tarawih

I`tikaf
The scholars are unanimous that i`tikaf is only to be done in the mosques; this holds alike for men and women. Allah says in the Qur’an: “And do not have relations with them as long as you are staying for worship in the mosques” (Surat al-Baqarah 187). The Prophet, peace be upon him, his wives, and other companions only did i`tikaf in the masjid. Most scholars allow i`tikaf in any masjid; Imam Abu Hanifah adds the condition that the masjid be one where the daily prayers are held (Bad’i` al-sana’i`, the chapter on i`tikaf).
When, in troubled times, it was not safe for women to do i`tikaf in the mosques, they were allowed in the Hanafi madhhab to do i`tikaf in the musalla (place designated for prayer) in their homes. In our present situation, when the lockdown has been extended and is likely to continue throughout the month of Ramadan, people will not be able to do i`tikaf in the mosques. I`tikaf is an emphasised sunnah like praying in congregation for the fard prayers. Since, the present conditions necessitate that congregational prayers cannot be done in the mosques, including even the jumu`ah prayer, the same applies to i`tikaf. For the duration of the compelling circumstances, i.e., until the necessity passes, the emphasised sunnah of i`tikaf cannot be observed.
However, if some people want to make use of the Hanafi doctrine, which allows women to do i`tikaf at home, that is an option for them. If anyone, man or woman, designates a room in their house for the prayer, and does i`tikaf in it, this can be permissible during the present emergency. Of course, they must ensure that they observe all the conditions of i`tikaf, i.e., as they are normally observed in a mosque. People should only consider this option if their i`tikaf does not cause any harm or burden to other members of the household.

`Id prayers have the same conditions as the jumu`ah prayer. Since the jumu`ah is not held at home according to the most preferred opinion, similarly the `id will not be prayed at home during lockdown. Jumu`ah has its replacement and that is the zuhr prayer. The `id prayer has no replacement; so, people should not do any prayer on the `id day before zuhr. Rather, they should continue to utter the takbir, and do other forms of dhikr, to mark the completion of Ramadan and express their thanks for it.