The True Meaning of Ḥasan 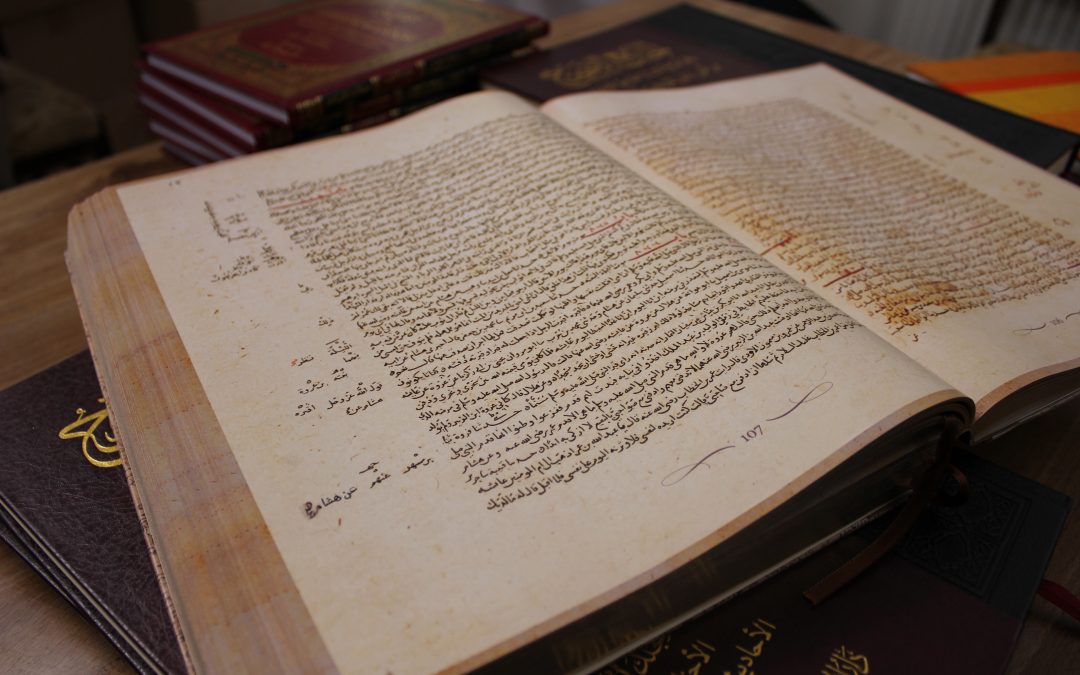 They asked: Can you clarify for us the meaning of ḥasan ḥadīth?

The Meaning of Ḥasan Ḥadīth is Also in Three Tiers

I replied: Experts of ḥadīth also have three usages of this term.

I replied: The term ḥasan-ṣaḥīḥ is used for a report whose source is known while all the conditions of ṣaḥīḥ reports are also found in it, as used by Tirmidhī and others when they deem a report to be ḥasan-ṣaḥīḥ.

The term ḥasan without the ṣaḥīḥ qualifier is one whose origins are known while most of the conditions of ṣaḥīḥ are found in it except for accuracy on the part of one or more narrator. There are many such examples in the Sunan of Tirmidhī. These are also used by Bukhārī and Muslim for their supporting narrations only, while others have considered them ṣaḥīḥ. When there are multiple chains of the ḥadīth that remedy this deficiency in accuracy, they are further bolstered and become known as extrinsically ṣaḥīḥ (ṣaḥīḥ li-ghayrihī).

Khaṭṭābī states in Maʿālim al-Sunan: “Know that ḥadīth according to experts are three types: ṣaḥīḥ, ḥasan and ḍaʿīf (weak). The ṣaḥīḥ is that report whose chain is connected and narrators truthful. The ḥasan is that report whose origin is well documented and transmitters also well-known. Both of these represent the majority of ḥadīth, which most scholars accept, and the masses of jurists utilize [for their legal deductions]. The book of Abū Dāwūd combines both types.” I clarified: The statement of Khaṭṭābī that these represent the majority of ḥadīth refers to ṣaḥīḥ and ḥasan reports.

I said: The ḥasan report as defined by Khaṭṭābī can be ṣaḥīḥ or other than that. Because of that, I have further divided them into ḥasan-ṣaḥīḥ and merely ḥasan. Ibn Daqīq al-ʿĪd also states after relating Khaṭṭābī’s definition of ḥasan: This delineation can be applied to ṣaḥīḥ reports as well as ḥasan.

Third, the report that is extrinsically ḥasan (ḥasan li-ghayrihī) is that which fulfills the conditions of ṣaḥīḥ in trustworthiness of narrators alone without the continuity of the chain or transmitter accuracy. However, this deficiency is bolstered by the existence of multiple reports. Tirmidhī says about that in al-ʿIlal: In this book, when we have deemed a ḥadīth ḥasan, we mean that its chain is ḥasan in our estimation: all reports that are narrated whose chains do not contain individuals accused of forgery, nor do they contradict stronger reports, and which are bolstered by supporting chains.

They said: It appears that you are not precise in your division, and such confusion in the essentials of a discipline does not suit you. It would have been better if you had said that the ḥasan ḥadīth is divided into the intrinsic and extrinsic ḥasan, while the intrinsically ḥasan is divided into ḥasan-ṣaḥīḥ and ḥasan that is not ṣaḥīḥ.

I replied: I have only inclined to this way of division to make it more clear and emphasize that the first type of report is not named ḥasan alone but also is qualified with being ṣaḥīḥ.

They asked: You have described the ḥasan-ṣaḥīḥ report through Tirmidhī’s frequent use of that term, but we already know that is his convention. Give us an example from other than Tirmidhī.

I replied: From this example:

Tirmidhī states in his work, in the Book on Purity (Ṭahārah), Chapter: [What has been related about the one with excessive uterine bleeding that she can combine two prayers with one washing]:

Abū ʿĪsā (Tirmidhī) then states: This ḥadīth is ḥasan-ṣaḥīḥ . . . I asked Muḥammad (i.e. Bukhārī) about this ḥadīth and he declared that is ḥasan-ṣaḥīḥ. And this is also what Aḥmad b. Ḥanbal said.

They asked: Why didn’t Bukhārī and Muslim narrate this report, when both Bukhārī and Aḥmad deemed it ṣaḥīḥ?

I replied: I have previously mentioned that Bukhārī and Muslim only narrate in their primary corpus first-tier ṣaḥīḥ ḥadīth reports. This particular report, on the other hand, is narrated by ʿAbdullah b. Muḥammad b. ʿUqayl, who is not accurate according to their primary first-tier conditions.

They said: Give us another example of this type of report which Bukhārī and Muslim did not narrate, and then clarify its weakness.

I replied: Tirmidhī states in the Book of Purity, Chapter: [What has been related concerning dispensation in that (leftover water from a woman seeking purification)]

Qutaybah narrates to us: Abū al-Aḥwaṣ narrates to us: on the authority of Simāk b. Ḥarb from ʿIkrimah from Ibn ʿAbbās who said: One of the wives of the Prophet performed ghusl in a bowl. Then God’s Messenger wanted to perform wuḍūʾ with the same bowl. She said to him: O God’s Messenger, I was in a state of janābah (major ritual impurity). He replied: Surely water does not become impure. Abū ʿĪsā said: This ḥadīth is ḥasan-ṣaḥīḥ.

I also said: Imām Aḥmad, Abū Dāwūd, Nasā’ī, Ibn Mājah and Dāruquṭnī also narrated it. Ibn Khuzaymah deemed it ṣaḥīḥ. Ḥākim narrated it in his Mustadrak through Sufyān al-Thawrī and Shuʿbah from Simāk b. Ḥarb and said: This report on the subject of purification is ṣaḥīḥ though the two (Bukhārī and Muslim) did not narrate it. It has no identifiable defect. Dhahabī agreed with this. Ibn Ḥajar states in his commentary Fatḥ al-Bārī: Some have identified a defect in Simāk b. Ḥarb since he would accept corrections from his students (talqīn),  but this ḥadīth is narrated from Simāk by Shuʿbah who is known to only narrate strong ḥadīth from his teachers.

Example of a Ḥasan Ḥadīth for Bukhārī

They asked: Provide us an example from the second type (ḥasan alone).

I replied: Tirmidhī states in his al-ʿIlal al-Kabīr: Ibrāhīm b. Saʿīd narrated to us: Saʿd b. ʿAbd al-Ḥamīd b. Jaʿfar narrated to us: from Ibn Abū al-Zinād from Mūsā b. ʿUqbah from Ṣaliḥ the client of Tawʾamah from Ibn ʿAbbās who said: The Messenger of God said: “When you get up for prayer, perform ablution properly and make the water run between your fingers and toes.” Tirmidhī then said: I asked Muḥammad about this ḥadīth and he said that is a ḥasan ḥadīth. And Mūsā b. ʿUqbah heard from Ṣaliḥ early on, and Imām Aḥmad used to say: Those who heard from Ṣaliḥ early on, their narration is ḥasan, but those who heard from him later on, it was as if his narration was weakened.

So this ḥadīth does not reach the level of ṣaḥīḥ, and thus Bukhārī declared it ḥasan.

I also said: And other examples include what Tirmidhī states in his al-ʿIlal al-Kabīr: Yaḥyā b. Mūsā narrated to us: ʿAbd al-Razzāq narrated to us: from Israʾīl from ʿĀmir b. Shaqīq from Abū Wāʾil from ʿUthmān that the Prophet ran his fingers through his beard. Muḥammad said: the strongest report in my estimation concerning the running of the fingers is the ḥadīth of ʿUthmān. I said to him: They disputed this report. He replied: It is ḥasan.

They said: Give us some examples of the second type (ḥasan) that are considered extrinsically ṣaḥīḥ.

They said: Explain the third type (extrinsically ḥasan) through examples.

A Note Regarding Tirmidhī’s Grading of Ḥasan

I replied: The book of Tirmidhī is filled with many examples, and there is no need to go into this at length. However, an extremely dangerous matter must be pointed out here: Whenever Tirmidhī deems a ḥadīth ḥasan due to multiple chains of transmission, and that ḥadīth is a composite one composed of various parts, he means to deem only that portion of the ḥadīth as ḥasan which corresponds to the subject of the chapter in which it appears. Some people erroneously think that he means to deem the entire ḥadīth, with all of its portions, as ḥasan. In this, the erudite scholars Aḥmad Muḥammad Shākir and Shaykh Albānī, may God have mercy on them both, have fallen into this mistake when they frequently criticized Tirmidhī in many writings for declaring a ḥadīth as ḥasan, though he was deeming only a specific portion of the ḥadīth as ḥasan.

They asked: Explain this to us in more detail, for it is indeed a grave matter.

I replied: I will devote an exclusive article to that if God wills.