Usul al-Hadith According to the Hanafi Madhhab 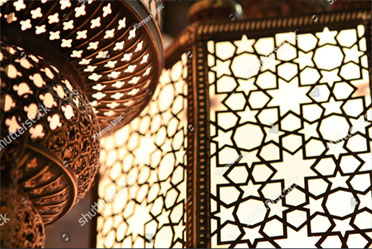 We have learned from you ḥadīth and its principles in exhaustive detail. You have laid out for us its rules and principles in an easy manner and detailed for us the differences of the trustworthy scholars and proficient experts, along with their views in authentication and weakening of ḥadīth narrations. You have drawn comparisons for us between the positions of the earliest scholars—along with their methodological commitment to diligence, precision, accuracy and consistency—and the carelessness of the later scholars, with their chaotic and mixed up assertions, full of bias, inconsistencies and discrepancies. We are grateful to you for your counsel to us and your effortsfor the sake of our good. We pray for you to receive the best and most complete reward from our Lord.

I replied: Let us praise our Master who favored us with His knowledge and blessed us with understanding without our deserving it. Let us ask Him for more of piety, guidance and goodness in this life and the Hereafter, as well assuccess in the gardens of bliss, for He is Ever-Giving and Ever-Bestowing.

They said: Please bring to our ears something new concerning the craft known as the principles of ḥadīth according to the Ḥanafī school of law, in order to familiarize us with it.

I replied: What a terrible request this is! You have accompanied me for so long and have still not understood my position with respect to this confusion that rises like the winds and hurricanes, before quickly dying down and fading away. Do you not smell in these innovations the stench of hateful, partisan prejudice? Don’t you perceive its injustice and departure from the well-known path of knowledge and awareness, and its transgression to the paths of truth?

They said: The Ḥanafī scholars have preceded us to this topic.

I replied: These innovated statements and strange views have grabbed attention and tempted the masses of people, and then the disease has exceeded that, moving on to affect the learned without them being aware of what lies behind them in terms of distortion of notions and concepts, corruption of mind and thought, and the disruption of the balance and standards.

They said: We have gained from you the correct thinking and positions in the sciences, arts and etiquette, but still find ourselves facing deviant and alien thoughts and need to be wary and protected from them.

I replied: The call to the formulation of the principles and study of ḥadīth according to the Ḥanafī school betrays an ignorance of the meaning of the terms ḥadīth, fiqh and principles.

They said: Clarify for us this ignorance and lift the veils of confusion from us.

I replied: I will do so. Understand from me the following two issues, comprehending them completely: 1. Know that ḥadīth and fiqh are two separate topics. Ḥadīth is report and history, whereas fiqh is philosophy and reasoning. Ḥadīth has standards to ascertain and verify its reports, while fiqh has criteria to arrive at a correct or sound position free of errors and mistakes. Those who muddle these two concepts deviate and become confused. Previously I have written an article on the difference between ḥadīth and philosophy, which you may refer to and study meticulously.1 2. Know that every science and craft has principles and parameters specific to that discipline and craft, which are independent from biases and different perspectives, free of affiliation to schools and such sensitivities. It would be foolish and shameful for people of 1 Nadwī, Dr. Mohammad Akram. “Between Ḥadīth and Philosophy.” Imlā al-Khāṭir Series. UK: Al-Salam Institute, 2018. 11 intellect and reason to study grammar based upon the way of the doctors, or the science of medicine on the principles of the grammarians, or mathematics on the way of the jurists, or fiqh on the school of mathematics, and so on.

They said: We have understood what you have said and have comprehended your concerns, so tell us more.

I replied: Know that the soundness of ḥadīth is dependent upon two matters: first, that it is transmitted by trustworthy people, from one era to another, one generation to another; and second, when a ḥadīth—isnād or matn—from trustworthy narrators is differed upon, either by a deficiency or excess, we would prefer the ḥadīth of some of them over others according to the degree of precision or their numbers. We refer to the rejected one as anomalous (shādh), or sometimes detested (munkar). When Mālik and Ibn ʿUyaynah differ in their narrations from Zuhrī, we would prefer the narrations of Mālik due to his greater strength as a narrator from Zuhrī. But when Ibn ʿUyaynah agrees with other more reliable students of Zuhrī, like ʿUqayl, Yūnus, Maʿmar and Shuʿayb, in that case we accept the greater number over the lesser.

I said: This is the standard that is observed in verifying reports for the ḥadīth scholars and historians, Muslim and others, with no difference between them. What has been narrated from the scholars of the Ḥanafī school is that they followed this very standard. Sufyān al-Thawrī narrates that Abū Ḥanīfah used to accept the sound reports of the trustworthy narrators [See al-Intiqāʾ, Ibn ʿAbd al-Barr/262]. Abū Yūsuf the judge said, “Take ḥadīth which are known by the majority, and be wary of the anomalous reports.” [al-Radd ʿalā Siyar al-Awzāʾī/24]. 2 A shādh, or anomalous, narration is one that is otherwise sound but conflicts with stronger narrations. 3 A munkar narration, like the anomalous one, conflicts with stronger evidences, but contains deeper, less benign, contradictions with often negative connotations or meanings.

They said: Expose for us some of the errors of the authors on the subject of ḥadīth principles of the Ḥanafī school.

I replied: They have erred in two matters.

They asked: What are those two matters?

I replied: The authentication of ḥadīth reports (taṣḥīḥ) and the process of preferring differing reports (tarjīḥ).

They asked: Show us how they erred in these two matters.

I replied: In the first matter, they believed that the principles of sound ḥadīth in the Ḥanafī school differ from that those of the ḥadīth scholars. So, for example, they claimed that ḥadīth scholars see mursal ḥadīth (a Successor narrating ḥadīth directly from the Prophet without naming the Companion) as having a defect in soundness, whereas Ḥanafī scholars did not see it as a defect. I also said: The origin of this view is not in the differences of the schools of fiqh, but its underlying factor is the fact that the scholars of ḥadīth and reports exerted their efforts in verifying the continuity of the isnād, because if there were any missing link in the isnād, it would not be known if that unknown narrator was trustworthy or otherwise, characterized with precision and accuracy or inclined to negligence, laxity, forgetfulness or mistakes. And since a mursal ḥadīth is disconnected in its chain, most ḥadīth scholars rejected such ḥadīth. Some of them, though, held the position that if a major Companion is the one quoting the Prophet without directly hearing it from him, then there is no defect at all. From that they extrapolated that the mursal ḥadīth of senior Successors who were known for narrating only sound reports was also accepted. This view was adopted by the senior scholars of Madīnah and Kūfah of the generations that were witnessed over by good. The Tābiʿūn, Followers or Successors, are the generation of Muslims that learned from the Companions. 13 Jaṣṣāṣ Rāzī said: And from our knowledge of his state is that he narrates mursal ḥadīth from those who are unreliable, and so it is not allowed to take knowledge from him, and his mursal ḥadīth are not acceptable to us. But our view about those who are known to narrate mursal narrations only from those who are trustworthy and reliable [is that their mursal narrations are acceptable]. [See al-Fuṣūl fī al-Uṣūl 3/155] This is a prominent view, but more acceptable than that is that we should strive excessively in determining the veracity of isnād continuity in Prophetic reports, for narrating from him is not like narrating from anyone else. This was the view of the two Imāms Muḥammad b. Ismāʿīl Bukhārī and Muslim b. Ḥajjāj, and those that imitated them from this discipline. Allah revealed on them showers of His mercy, may He be pleased with them. As for the second matter, they believed that the differences of some of the trustworthy narrators does not affect their ḥadīth narrations as a whole— so anomalous narrations are not a defect for them—for they sometimes accepted anomalous narrations and rejected more preserved narrations.

They asked: Do they have any proof in this?

I replied: Yes, they would reject sound reports if they were to contradict the Qurʾān; the mass-transmitted or widespread sunnah; the fundamental, known matters in religion; consensus; or the dictates or rules of reason. And they would accept less prominent reports if they were confirmed or supported by any of the aforementioned evidences.

They asked: Are you convinced by their arguments?

They asked: Why not?

I replied: Abū Bakr al-Jaṣṣāṣ was an early Ḥanafī scholar who died in 370/942. Because this is not from the principles of ḥadīth at all. I will explain this in full clarity in my article on the principles of fiqh with the permission of Allah the Exalted.