Why study the Sirah? 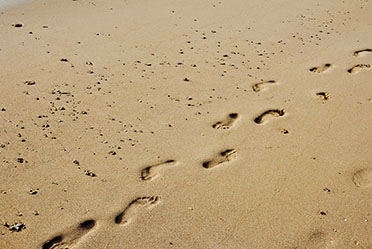 Muslims, following the meaning of the word muslim, are those who have surrendered and accepted peace with God. If they have really done that, if they have really accepted the terms of their surrender, Muslims should also be striving to become believers, to become mu’min. And mu’min is used of those men and women who have put their trust in God, who are steadfast in that trust even when the conditions of life frustrate their aspirations and ambitions, indeed even when their basic needs are not met. Believers believe that what God has provided them of human faculties and guidance, and of openings and opportunities in the world around them, are measured and calculated so as to make their effort worthwhile in this world and worthy of reward in the next. Believers are distinguished as such when, and to the extent that, they are able to dedicate their effort of living as preparation for the Hour, that is, their meeting with God.

Knowing that does not change the simple reality that, in everyday practice, most of what Muslims have to live and do in the world is also lived and done by non-Muslims and, often, must be lived and done alongside them and in co-operation with them. Even within a community of Muslims, we have to live and work with people of diverse temperament and ability, different degrees of knowledge and understanding of Islam, and different levels of commitment to it. How then are we to determine the best approach to enacting and embodying the teachings of the religion? On the one hand, Muslims as Muslims cannot rely on the criteria that non-Muslims use – criteria like, for example, efficiency in maximising economic or political or military agency. On the other hand, if we all live under similar conditions in the same world, we cannot in practice altogether avoid these criteria. How then are we as Muslims to live and do in the world, how are we to make some impression on it, so that we diligently and consistently follow the teachings of the religion and prepare ourselves for the Hour?

We can find the answer in careful, conscientious study of the life of the Prophet, upon him be peace. We learn from it the how and why of ‘ibadah (worship), and of how to think of God (what words to use in addressing Him). We learn from it the just measures of personal hygiene, health, dress and other habits, so that we are attentive to such concerns without becoming obsessive and a nuisance to those around us. We learn from it the how and why of the distinctions between haram and halal so that we are guided in the effort of seeking our livelihoods. We learn how to manage collective or group relations at every level– these relations must be managed since we can hardly survive in isolation from others, let alone grow in knowledge, competence and understanding. We learn how to cope as Muslims in family and local circles and in large social and political groups. From the sirah we learn how to distinguish informal (i.e., personal, social) responses to difficult situations from formal (legal, institutional) responses to those situations, that is, we learn to distinguish legal rules from social norms. From the actions and judgements of the Prophet, upon him be peace, we learn the necessity and duty of flexibility, of making matters easy whenever that is permissible, of forbearance, of being comfortable with and respectful towards those whose actions and judgements differ from ours.

Most importantly, study of the sirah is the best means of understanding the relationship between human authority and religious authority. In this respect sound knowledge of the sirah is a strong defence against lapsing into the temperament and orientation of modern Western civilization. According to the latter we can only ever know what it is right to do by the exercise of reason, which is to be applied even to authoritative religious teachings. The assumption behind this orientation is the ancient dilemma – much discussed by Muslim theologians – of whether something is right because God commands it, or God commands it because it is right: if the former, human beings obey God as they obey any tyrant; if the latter, then there is no need of God since what is right is judged to be right by appeal to reason. The dilemma is an artificial one, a false dilemma. The reality is that God is the creator of both human reason and of the teachings that reach us through the words and example of His Messengers: it is absurd to suppose that God would impart through revelation what makes no sense to reason or has no appeal for human nature or contradicts the long-term well-being of human individuals and societies. There is no necessary contradiction between reason and revelation, both are informed directly by the same divine compassion. Where human beings do enjoy considerable autonomy is their will, they can will to misuse reason and revelation, ignore or distort either or both.

When we study the sirah we study a life fully dedicated to embodying the Qur’an, to establishing the relevance of its teachings to, and their coherence with, the diversity and complexity of the natural and human worlds. We encounter many examples of where the Prophet makes clear that he desired one thing while God desired another, and what God desired is better – usually because it yields more benefit in the long term for individuals and society. We encounter many examples where the Prophet neither contradicts nor interferes with the norms, practices and choices of the Muslims he was commanded to guide – usually in such cases the guidance is allowing/enabling people to learn and carry the responsibility for their preferences and decisions, and for the consequences that will flow from them. In almost every instance where the Prophet, upon him be peace, is asked a question, his first concern is to demonstrate respect for the questioner by ensuring that he has understood the question, the person and the situation from which it arises, so that his advice, if he gives advice, is appropriate and actionable by that questioner. That, in sum, is what Muslims can and must learn from the sirah: to move from the abstract to the concrete, from the general to the particular, from wearing islam as a corporate identity to living it as a practised reality through the many stresses of life in this world. When we approach the sirah in this spirit, we begin to understand why the Prophet spent many hours of the night standing in prayer until his feet would become swollen. We cannot hope to match his anxiety to be forgiven by God, but we can aspire to it and learn from it.