Advice to the New Generation of Nadwa 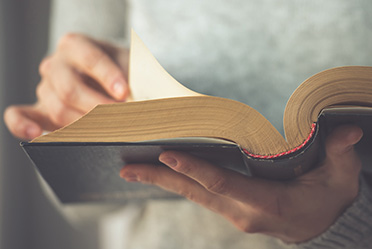 The new graduates of Nadwa who are about to step into a practical life are the future of the Nadwatul Ulama movement and are an invaluable asset to the Muslim community. At this important juncture of their lives, not fully appreciating their own value and not clarifying the nature and responsibility of their role in the field of life can negatively affect the potential of these young scholars. They need to be gently guided during this very crucial period. With this in mind and despite my inability, I am taking the liberty of humbly suggesting 3 points that would be beneficial to them.

1. Knowledge is a never-ending treasure and an ocean without limits. The effort made to increase it is the stairway towards bounty and perfection. Despite being divinely guided and having the limitless bounty of Allah the Exalted, the Prophet (peace be upon him) was encouraged to increase in knowledge by being ordered “رب زدني علما”. Your Alma Mater Nadwatul Ulama has gifted you the keys to knowledge. What you have attained so far has been the defined objective of refining your attitude towards knowledge. You have now stepped into its vast arena.

While in Nadwa you may have realised that the books of the Muslim scholars you have studied are few compared to what you have not studied as yet, and that the knowledge inherited by non-Muslims is even much more. This is why the constant desire to acquire more knowledge in you should not decrease. The attitude that I am now a scholar and I do not need to learn anything more is extremely harmful.

You should continue studying scholarly books in-depth and try to benefit from people of knowledge. With regards to this, try to be free from the boundaries set by sects or creeds or schools of thought. When you meet someone from any doctrine or school of thought you should try and gain from them. You should take advantage of the established old schools and also take an interest in modern secular knowledge. In the path of acquiring knowledge, do not differentiate between groups and schools of thought, but try to profit from the scholars and the thoughts of different groups and doctrines. And spend your life practising the hadith “الحكمة ضالة المؤمن أنى وجدها فهو أحق بها” – “ wisdom is the lost property of the believer, wherever he finds it, he has the most right to it.”

In the building of your personality with respect to knowledge, this positive and non-biased tolerant attitude will play an immense and unique role.

2. Living in the atmosphere of Nadwa and contemplating on the issues of life and universe, there would be many of your views and thoughts that have become ingrained as the only correct view. When you leave the environs of Nadwa you will see that others might view your thoughts as dubious or even incorrect.

In such circumstances becoming upset and arguing with others is not needed, but try to seriously understand their ideas and thoughts and evaluate the evidence that they give. It is possible that their thoughts are more correct and that your precepts have been based on incorrect foundations.

After understanding the evidences of others, if you feel that your thoughts carry more weight then you should understand that, as you are free to hold to an opinion, similarly it is permissible for others to have a different opinion.

While holding fast to your views you should respect those of others and do not dispute with them without any reason. If you believe that the view of the other person is harmful to life and religion then explain your reasons in a scholarly fashion. Harshness in writing and speech does not befit your scholarly dignity, nor does making others a target for ridicule suit your self-respect and worthiness.

You should remain committed to the principles of “ادفع بالتي هي أحسن” – “ repel (evil) with that which is best” and “خذ ما صفا ودع ما كدر” – “ take that which is clear and leave that which is confusing”.
3. You should understand for yourself this religion’s universality and principles, and help others understand them as well. Focus on its teaching, its edification and interpretation. Try to strictly avoid getting embroiled in small matters causing contention and controversy. This is the correct spirit of this religion and this is the way of the prophets. Reflect deeply on the Quran and Hadith with the eyes of a believer, not with the eyes of a narrow-minded mufti or faqih. Review deeply the books of scholarly imams like Imam Ibn Tayyimiah, Ibn Qayyim, Imam Shatibi and Shah Walliullah al-Dehlawi.

When you see people discussing the wonders and miracles of saints, then you should remind them of the way of the prophets and the practice of the pious lives of the righteous predecessors.

When people expound the benefits of their schools of thoughts or ideologies or preferences, then point out to them the essential elements of the religion of Allah and the spirit of path of Ibrahim.

While people are busy dividing this community into 73 sects, you should be calling for the solidarity of this ummah.

You will find many less knowledgeable jurists teaching people that there are 52 sunnahs in prayers. You should stay away from them, and emphasise the importance of qunoot and khushoo in prayers.

When you see that some people are passing judgments that using oil in the ears or taking an injection breaks the fast, then you should emphasise that during Ramadan lying, backbiting and deceiving people is even more harmful than eating and drinking; and keep away from debating those minor issues which many people have made the sum of their glory and pride.

You will find people who say that writing In sha allah together as Inshallah is wrong, that saying “anamtu alaihim” will break your prayer, that Quran Kareem should only be read in 7 qiraats as they are mutawatir; stay away from the futility of these people and instead discuss points of wisdom and reflection in the Quran.

Try to spread the teachings of Quran. Focus on bringing people closer to their Lord and keep away from those people who have made the Quran into a form of entertainment.

In conclusion, you should keep in mind “التصلب في الأصول والغايات والتوسع في الفروع والآلات” – “concentrate on the vitality of the main sciences and their objectives and do not flounder in the expanse of the subsciences and their functionalities”.