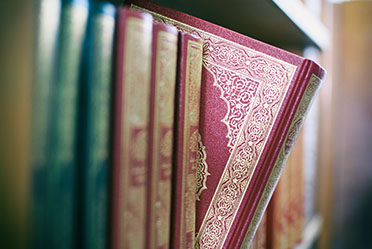 The Qur’an is not revealed to human minds and hearts cut off from their pasts. It is not revealed to blank minds, but to minds already shaped and constrained by their culture (inherited from their ancestors) and by present, ongoing relations and commitments. For example, an Arab may have lent money from which he expects return in the form of interest. Another may have long experience of taking advice or military help from other Arabs who may be polytheists or maybe monotheists like the Jews or Christians. Yet another may have ties by blood or marriage. What should happen to such relations (and the spoken and unspoken understandings that arise from such relations) after someone accepts Islam and the guidance of God’s Messenger?

Compare the situation of the Ansar (of the Aws and Khajraj tribes) with that of the Muhajirun. The latter had already made a decisive break with the familial, economic, and political and military relations which obtained in Makkah. The situation for the Ansar was very different. They had not been compelled to leave their homes and suffer sudden rupturing of their former relationships, and the manners and commit¬ments embedded in those relationships. The Madinan Muslims had made a pledge of allegiance to the Messenger, which they honoured by welcoming and sacrificing for the Muslims of Makkah. Even so, many of their relations with the non-Muslim residents of Madinah remained as they had been. A very important factor in how these relations were managed was the authority of the Jews of Madinah. They were not ummi; rather, they were learned people, they had a Scripture enabling them to boast of an established understanding with God, some sort of privileged relation with Him. So, it will have been normal for many of the Ansari Muslims in Madinah to have gone to the Jews for help and advice, for military and financial support against common enemies, and for the arbitration of tribal disputes.

This Surah’s dominant concern is to make clear to the believers that all such past relations must be judged by what is commanded or commended in the Qur’an and in the example of God’s Messenger. Some customs and practices must be abandoned or changed altogether, others modified, but all must be oriented in such a way that people are consciously intending and acting in the hope of earning God’s pleasure in the hereafter.

This goes to the very heart of what it means (or should mean) to call oneself Muslim. Obedience to God and His Messenger is not merely putting on a new group-identity alongside, or mixing it with, one’s existing identities. Being Muslim requires fully trusting in, and relying on, what has come from God and His Messenger. Muslims are commanded to distance themselves from the religious doctrine of Jews and Christians. They are also commanded, insofar as it is compatible with universal (ma`ruf) norms of civility, kindness and justice, to avoid the kinds of commercial and military and cultural involvement with non-Muslims that make them dependent on the non-Muslims’ approval. In order to align themselves, inwardly and outwardly, to the commands and preferences of God and His Messenger, Muslims must distance themselves from the manners and tastes, the aspirations and ambitions, of non-Muslims. A historical, bodily expression of that distancing was the command to leave the qiblah of the Jews and to orient the Muslims’ worship, indeed their whole human effort, to the qiblah (for ever thereafter exclusive to the Muslims) of Makkah.

Recall that after the Israelites were liberated from Egypt, they not only longed for the foods and lifestyle they had become used to over generations of slavery in Egypt, they were also attracted to the rituals and worship they had witnessed in Egypt: during the brief absence of their Messenger, they were easily seduced into worshipping the calf. Their condition may be described as weak iman struggling (often in vain) against a strong cultural past. Most of the teaching of this Surah consists of admonitions and exhortations to help the Muslims avoid lapsing into that condition.

The means used to address this condition are: 1- explicit admonition and exhortation; 2- correction of false narratives and false doctrines (i.e., correction of the stories and teachings falsely attributed by the people of the Book to God and His Messengers and Prophets); and 3- the assurance that the events unfolding around the Muslims in Madinah – the military alliances forming against them, the tensions and divisions among groupings of Muslims, the deceits and plots (sometimes overt and sometimes covert) of the enemies of the Muslims, the Jews and the Hypocrites – the assurance that these events are witnessed and encompassed by God.

God makes it clear that the sincere acceptance of Islam with full belief is not enough. He intends that this sincere acceptance will be tested and proven. In itself acceptance of Islam is a potential good. What makes the potential actual is the engagement with present and historical realities – past ways of belief and worship and the language associated with them (how we speak and think about God and the hereafter); past alliances and enmities; past commercial involvements and the associated trading practices (notably riba) —  the effort to alter such realities in obedience to God and His Messenger. This effort is not assured of reward in this world. Success is in the sincerity of the effort itself, which is proven by resolve and perseverance through trial. In time, Ansar and Muhajirun fully realise the potential of their islam; it is manifested in their shukr and sabr, alike in defeat and victory, and victory is the harder challenge.