Benefitting from our Differences 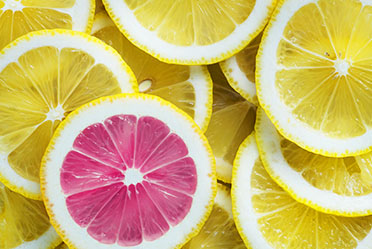 The clear command of God is that when the believers are in dispute over a matter, they should defer it to God and His Messenger, that is to say, the Book and the Wisdom.[1]

We cannot obey this command if there is in our community (local, national or international) any established institution to which religious differences and disputes among Muslims must be referred, and whose judgements must be accepted by all parties without question, and enforced by the law and its agencies. The reality is that if we truly intend to obey the authority of God and His Messenger we must deny that highest authority to any other, individual or institutional. This holds even when the authority is someone of proven learning and devotion, and proven righteousness of intent and deed. What believers must remember is that we follow the best of the Companions – they are imams for us – only because and insofar as they follow the teaching and example of God’s Messenger. And the Companions do that, just as God commands, because the teachings of God’s Messenger explain, embody and exemplify the commands and guidance of God in the Quran.

There is a source and flow of authority which begins from and must return to (i.e. re-begin from) the Book of God. That returning of authority to God is practised, the flow is maintained, when Muslims refer their differences to God and His Messenger. The flow of authority is interrupted when, either in a few matters or in certain kinds of matters (say, everyday business affairs, politics, war but not matters of worship),people prefer the shortcut, the artificial channel, of turning for judgement to some individual or institution and regarding that judgement as if it had the highest authority of God and His Messenger. If the natural flow of the highest authority is interrupted – notably when the distance from its sources increases, and the flow weakens – there is agitation at and around the points of interruption: individuals, schools and sects raise their voices and tempers around these points. If the current authority divides itself off from the main source and main streamof the highest authority, there is danger of it becoming stagnant, stale and sterile because it is self-referential, self-validating: it has practically ceased to refer back to God and His Messenger. That highest authority cannot be delegated, cannot be usurped, cannot be duplicated, cannot be packaged into summary legal formulas. God has clearly said in His Book that the Prophet Muhammad, salla l-lahu ‘alayhi wa-sallam, is the last of His Messengers. None after him has the authority to determine laws, rules and norms which carry religious authority, the authority of God – and not the authority of ,for example, human reason or human experience or, simply, the authority of brute force – in determining our choices of how to live.

If we properly understand and respect this principle, it follows that we must accept – that is, permit and tolerate in the community –any disagreement which cannot be, or has not been, resolved by reference to the Book and Sunnah. We can continue to hold our position if we have diligently looked for evidences in the Book and Sunnah to support it. Others, those who disagree with us, have the same right and obligation to hold their position. Neither party needs to condemn the other, or to separate from the other, to ostracise them, to discourage or prevent people from respecting them, reading their books or listening to their arguments; neither party needs to call on the powers of the state to silence the voice of the other; least of all does any party need to accuse any other of impure belief or unbelief – such accusation is forbidden except in the rarest of extreme circumstances. Rather, all parties need to be mindful of two things: if they are striving to explain and embody the Sunnah, they may hope for a reward for that effort, even if they have failed in fact to identify the Sunnah correctly; only if it turns out hereafter that one group has not only striven to identify, but in fact succeeded in identifying, the Sunnah, that group is rewarded doubly. That is the teaching of God’s Messenger, specifically conveyed to console the judges who have to give difficult verdicts or advice in difficult situations, but cannot be certain that they got the matter right; they can only be certain that they did their best to bring to bear on the matter their knowledge of the Book and the Wisdom.

Because the highest authority belongs, and the source of such authority begins and ends, with God and His Messenger, Muslims are able to reserve final judgement both about themselves and about others. Such judgement belongs to God absolutely, and all who are living are equally removed from that judgement, equal in being confidently expectant of that judgement but without confidence as to its content. Being able to reserve judgement for ourselves and for others, is the means of preserving hope, again for both ourselves and for others, of God’s mercy, favour and forgiveness.

In the end, deferring our disputes and differences to God and His Messenger, as the Quran commands, is a part of deferring final judgement to God, and therefore of preserving hope in ourselves and others. Any human being who has ever tried to live, even for a few hours, without hope, well knows how difficult it is to find the will to do even the simplest things, like eating or drinking, working, speaking, responding to changes in the world. Without some hope, nothing matters enough to do something about it. With that in mind, it should be easy to understand how and why Muslim can benefit from their differences: by living with differences we live with hope, and we trust in the promise of God that He will settle all such matters hereafter – disputes, differences, injustices, etc., between individuals and between groups. That trust is itself rewarded hereafter; here and now, it strengthens hope and empowers civility of speech and behaviour within the community.

A minor point worth bearing in mind:

One of the main reasons that Muslims in modern times find it so difficult to tolerate disputes and disagreements among themselves may be this: they are politically and culturally weak, unable to challenge or resist effectively the policies and practices of the Western powers. Those powers seem too great to fight against, so some Muslims turn their frustration against each other. A similar thing happens when children are harshly or unjustly disciplined by their father. When the father has gone, an older child will often punish a younger one(verbally or physically) to make up for the humiliation s/he felt when unable to resist the father and, interestingly, for failing to defend the younger child from the father’s discipline when that disciplining was experienced as unjust. Muslims should be aware of this psychological/emotional need people have, to prove and vindicate themselves against each other as a substitute for vindicating themselves against a greater, more powerful, more unjust, outside force.

[1] Wisdom is that sense and quality of judgement which is given to the Messengers, along with revelation, so that they can embody the commands and guidance of God in everyday practice, sometimes strictly sometimes flexibly, always faithfully. The Wisdom in the case of the final Messenger is more popularly known as the Sunnah.