Between Hadith and Philosophy 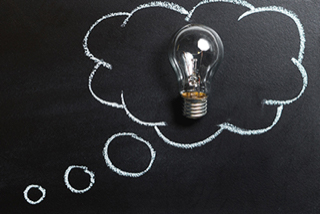 They asked: Clarify for us the real difference between ḥadīth and philosophy.

I replied: Success from your Lord has drawn close to you if you are indeed concerned with this question. It is a dangerous but worthy quest, whose neglect for many produces a gross absurdity, makes them fall into stupor and risks great falsehood and folly. They deal with ḥadīth as philosophy and place philosophy in the position of ḥadīth, weighing this with the scale of that and vice versa. Thus, they are not able to find any real way to distinguish reports from philosophical speculation. And how can the truth possibly clarify the firmness of its pillars and the sturdiness of its foundations when the scales are muddled, the parameters confused and the standards unknown?

They said: We are confused about this issue of absurdity, and we are shooting in the dark, enthusiastically. So please do acquaint us with ḥadīth and philosophy, bringing us to the clear truth and explaining it to us with certainty.

I replied: Ḥadīth is essentially a type of report, which is a person’s informing others of the reality of that which he saw with his own eyes or heard with his own ears. Accounts are reported from realities, and realities are either seen, heard or otherwise known through the senses. Philosophy, on the other hand, is attained by practicing analogical reasoning or pursuing the process of deductive reasoning. The philosopher does not inform based upon what he has heard with his own ears nor seen by his own eyes, but rather, through what he has “seen” through his own reasoning and thought processes.

I replied: The way to verify the soundness of a report is to ascertain that the informer (the source of the report) is: 1. truthful and trustworthy in what he has seen or heard, and 2. precise in that reporting.1 The sound report therefore is the transmission of a reality in a way that is free of untruths, mistakes or whims. The path to validate the soundness of a philosophical view, on the other hand, is to verify that it is logical and attained from certain premises arranged in a particular order. What the philosopher posits is not reality itself but rather, his own understanding of that reality and his deduction therefrom.

They asked: Provide us examples that will lift the veil from the issue and remove the confusion. I replied: When a person states, “Allah says in the Qurʾān, He Allah is One;2 and Is not Allah the best of judges?”3 then this is his report from what he has read in the Book of Allah. What is required from him is simply that he be truthful in his reporting. When another says, on the other hand, that “Allah is necessarily existent”; or “Existence is one without being divided into necessary and possible”; or yet another says, “The right to rule is the most particular distinction of Godhood,”4 then these are all philosophical statements. And what is required from their speakers is that they be logical in what they say and determine their deductions through rational evidences and intellectual precepts. When a person says that the Prophet migrated from Makkah to Madīnah then that is a report. When another says that he migrated in order to establish a state, then that is a philosophical statement whose proof is not the same as the proof of the first [statement]. When someone narrates from the Prophet that he said:

then this is a report. But if one says that a human being is compelled and driven, without any desire or will of his own, then this is philosophy.

They asked: What is the absurdity that you alluded to?

I replied: It is the absurdity of the scholastic theologians, many Sufis and jurists, most of the rationalist followers of the Orientalists,6 and those intruding on their stained and dirty tables. They reject ḥadīth on the basis that they are not logical, though they be sound according to ḥadīth experts, having fulfilled abundant and multiple conditions for the soundness of reports. Some of them reject the ḥadīth concerning Divine Attributes and unseen matters on the basis that they contradict their forged principles. Some reject ḥadīth that contradict some of their own deductions, principles and precepts. Others absolved themselves of ḥadīth because they clash with their artificial schools of thought, their whims, the monasticism they invented, or the extremism they stole or borrowed from outside the Muslim nation. Those people have authenticated some reports because of the soundness or uprightness of their meanings and content, though they may be weak or fabricated in their chains. From the philosophising of this group is their statement: “This ḥadīth is weak in chain but sound in meaning.”7 This represents the weighing of reports with the scale of philosophy. It is a silly and vile statement, in fact one of the worst. It is not the right of anyone to attribute any statement to the Prophet except through a sound chain of transmission that is acceptable to the leaders of this discipline: the capable, brilliant and reliable experts of ḥadīth. A statement being sound in meaning does not make it a ḥadīth of the Prophet. How many insightful statements were narrated from philosophers and wise men, or even from the other Prophets and Messengers, and yet our own Prophet did not utter them? We do not attribute these to the Prophet by virtue of their being from the highest wisdoms or from the soundest meanings. It has been abundantly narrated from him that he said: “Whoever attributes to me that which I did not say, let him take his seat in the Fire.”8 And there is the statement in His Book: And who is more unjust than the one who invented a lie upon God?”9 There is no doubt that the one who lied upon the Prophet has lied against God.

They asked: What do you say concerning the criticism of texts?

I replied: This is a statement of truth by which falsehood is intended. Orientalist scholars popularised it, and many misled and naïve Muslims surrendered to it, deliberately or unintentionally. They philosophised ḥadīth and took the idea of textual criticism as a means to reject that which didn’t correspond to their whims and that which wasn’t agreeable to their ill and diseased tastes. Moreover, they are divided in this alleged critique according to their various aims, inclinations and evil desires. So one “thinker” rejects one portion of ḥadīth narrations, while another rejects an entirely different portion, with clashing thought processes and conflicting methodologies. They belittle knowledge and guidance, playing with their own intellects and those of others.

They asked: Did not the scholars of reports and historians reject many reports on the basis that they were impossible or unlikely?

I replied: Of course.

They asked: So why didn’t the ḥadīth scholars know this principle? I replied: They knew it well and implemented it practically, in a manner that amazed the people of knowledge and reinforced their confidence in the principles of the ḥadīth experts as well as their overall craft, with a confidence that approached the level of miracles. They considered some ḥadīth weak based upon their solitary or contradictory nature, but they did not deviate from objectivity nor did they philosophise matters as others had done. Few are the ḥadīth that are ṣaḥīḥ10 in their chains while being strange or contradictory in their meanings. Whenever such a matter is found in a ṣaḥīḥ ḥadīth it is usually due to a mistake or false assumption on the part of some of the narrators. And who is the one who has never made a mistake or an assumption? These mistakes are exceedingly rare and these assumptions extremely few, even though in some of these instances there are explanations that satisfy some scholars.

They said: Expand for us the matter of textual critique among ḥadīth experts.

I replied: I will expound on that in another article if Allah the Exalted wills it, so take what I have presented to heart consciously and do not be hasty towards other matters, if you are from the verifying seekers of truth and the followers of its path.

1 These correspond to the two mainstay requirements for accepting a ḥadīth narrator according to the principles of ḥadīth sciences: moral uprightness (ʿadālah) and accuracy (ḍabṭ). Specifically, in this context, it means that he has a basic level of moral fortitude to ensure that he is truthful about his reporting, as well as the ability to be precise and not mistaken in his reporting (either through a proficient memory or efficient and accurate written notes).

4 Ulūhiyyah, or “Godhood,” is the concept of God’s exclusive right to be worshipped.

5 Well-known ḥadīth related by Bukhārī and Muslim, the two most authentic and authoritative ḥadīth collections.

6 Orientalist is the term used to denote Western scholars of the East, or “Orient,” though it is used primarily for those who studied the Muslim and Arab world through Eurocentric lens.

7 This is a common statement and sentiment found among many contemporary Muslim scholars and teachers, even in some Islamic universities.

8 This represents, according to ḥadīth scholars, the most authentic ḥadīth report on record. It is widely and multiply narrated from the Prophet, through more chains and routes than any other ḥadīth. It is related by Bukhārī among others.

10 Ṣaḥīḥ is the technical ḥadīth term to refer to sound and authentic ḥadīth.