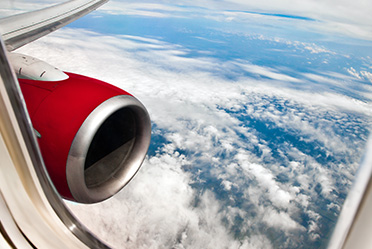 They said: Is it true that you combine Zuhr with Asr and Maghrib with Isha whilst travelling, by advancing one (jam‘ ta‘jil) or delaying the other (jam‘ ta’khir)?

I said: You have been [accurately] advised of my practice, [reliably] informed of my habit and have not been misinformed.

They said: Is the prayer not the greatest and single most emphasised of all religious duties (faraid)? Will you not take heed from the dire threats in the Quran and Sunna for its neglect?

I said: Yes, of course and it behoves us to be heedful of the Book of our Lord (exalted and elevated is He) and the Sunna of our Prophet (may the peace and blessings of Allah be upon him).

They said: We would have a poor opinion of any Muslim who is remiss in prayer and trivialises it or idly neglects it and dismisses its importance. Yet, you are a man whom others emulate and we think too highly of you to doubt your intentions. So, what has beguiled you from your Lord and emboldened you to venture such a thing?

I said: I am but a slave of God, and have been created in all frailty; I relish His dispensations (rukhas; sing. rukhsa) just as I cling to His ‘aza’im (injunctions in their original force; sing. ‘azima) all the while placing my reliance in Him and soliciting His aid. I seek His bounty in [following] both [types of] injunction in anticipation of His loving mercy and aspiring for His reward. For, indeed, He loves that His dispensations be put to good advantage just as He loves that His ‘aza’im be brought to bear.

They said: What is your basis for the dispensation?

I said: What has been authentically transmitted from the Prophet (may the peace and blessings of Allah be upon Him).

They said: Cite for us a selection of them.

Also, I do not imagine those of a lesser standing than you, not to mention the likes of you, being unaware of the hadith of Mu‘adh ibn Jabal (may Allah be pleased with him) that Muslim relates (and others too with various chains and comparable wordings).

They said: We concede to you the authenticity and strength of these reports. However, did any Companion of the Prophet (may the peace and blessings of Allah be upon him), or any Imam after them, ever advocate combining?

I added: Is what I have narrated to you from the Sunna not proof enough for you? Are the stances of the Companions and the imams of the centres of knowledge that I have recounted to you not a sufficient precedent?

They said: What deters us is the saying of Allah:

‘Verily, prayer is enjoined on all believers at fixed times’.

This [verse] is general (‘amm) and is a comprehensive reference to all prayers whether performed at home or abroad, whether one is healthy or ill, whether it be clear or raining.

I said: The Kitab and Sunna act in unison and are not incongruous so what prevents you from providing an exception from the Quranic injunction for travelling?

They said: The general (‘amm) verses of the Quran are definitive (qat‘i), in our opinion. It is not permitted to restrict them merely on the basis of lone narrator reports (akhbar al ahad) and extension by analogy (qiyas).

I said: But that is an extremely tenuous position.

They said: It is of no consequence to us however much you might weaken or discredit it; our school is now established far and wide and we have not had an insufficiency of jurists or scholars in any land or age.

I said: What if one of the principles of your own school were to work against you and utterly undermine your opinion?

They said: Do not overstep your limits in an attempt to harm and humiliate us. Bring forth your claim if you are truthful.

I said: Are general (‘amm) verses, in your view, only one kind?

I said: Do they share the same ruling or do they differ?

I said: So, is the verse that you have adduced as evidence general-definitive (al ‘amm al qat’i) or general-equivocal (al ‘amm al zanni)?

They said: It is definitive (qat‘i) in signification.

They said: That is indeed our madhab which we have inherited and our position which has been passed down to us.

I said: In which case, the verse must cease to be definitive (qat‘i) and general (‘amm) and is open to restriction by lone-narrator reports and qiyas, in consonance with your very own framework. You are, hence, bound to accept combining if you were to yield to the evidence and be pliant to the truth.

I said: This is in defiance of the hadiths which expressly articulate the performance of two prayers at the time of one of them, and which leave no doubt or uncertainty [about the matter].

Whether you accept it or not, it is the most obvious explanation for the term ‘combining’, and it is the understanding of combining the umma has always abided by at ‘Arafa and al Muzdalifa.

The interpretation (ta’wil) that you have been at pains to justify vies with the wisdom of combining; for it is meant to be a dispensation and a broadening of the interval afforded to the traveller. Your reading, on the other hand, begets a straitening of the period and obliges the traveller into having to continuously monitor and surveil [the time lest the opportunity to combine elude him]. It thus ends up being even more onerous than simply performing each prayer in its original time.

They said: Has anyone from among our own scholars ever combined?

I said: The Arab and non-Arab, the jurist and layman of you have combined, surreptitiously and openly.

They said: Would you name some of them?

I said: The prominent author Muhammad Manzur al-Nu‘mani student of the most erudite Anwar Shah Kashmiri did so. Among our teachers: the most erudite, the scholar of hadith, the jurist Abdul Fattah Abu Ghudda, the devout Imam Abul Hasan Ali al-Nadwi, the great hadith master Muhammad Yunus al-Jaunpuri the shaikh of hadith at the Mazahir al-Ulum Seminary in Saharanpur, and others.

They said: You have been endowed with a certain wisdom that springs from decisive speech and that renders the truth clear. However, we cannot bear to forsake our greatest Imam and his students and to dissent from them. So, let us be and show us leniency and sympathy.

I said: I am of those who love to exhibit forbearance and tolerance, and of those who loathe to be ungracious and to cast around for the failings of people.