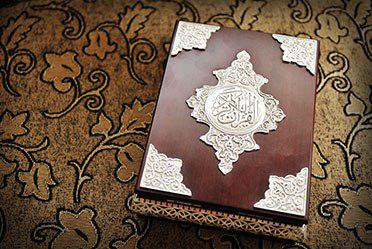 God says He does not love that men say what they do not do (al-Saff). This means two things. (a) Be careful of the language you use. Don’t be like those poets who say things that sound very impressive but are impossible to do, i.e. don’t speak for effect; speak simply and from the heart. And also, don’t be like those philosophers, theologians or moralists who formulate things very precisely but abstractly, so that what they say does not connect with the realities of life. (b) Be careful of the gaps between what you say and what you do. Commend to others only those actions and life-styles which you would commend to yourself and which you uphold in your own actions and life-style.

God is God and Lord for all that is living and non-living. This means that His message is intended for all of mankind and for all of mankind’s relations with the world — its history, its present and its future. It means that you should not call to Islam only one segment of society — the rich and not the poor, for example, or the young and not the old, etc. Rather, the message you convey should, as far as is possible, be open and public and general. Of course you have to begin with the concerns that the person(s) before you bring to your conversation, but what you say in response to those concerns should, in principle, be the same as you would say to different people on the same topic. In other words, the message should not be specialised for one group or for one place, reserved only for them. Muslims should never think of themselves as some sort of cult or secret society or sub-culture. Rather, the message of Islam is meant to be the mainstream, and it is the same for all mankind; it is not meant to lead to a society within a society.

God is not only merciful, forgiving, forbearing and patient with His creation. He has other attributes in harmony with those: He is omnipotent, compelling, just, and so on. The Qur’an carries consolation and good news (hope), but it also carries warning and invokes fear of the outcomes of our actions and intentions in this world and the next. The message then should not give more attention to the desolate outcasts, the victims and failures in society, those who are in need of help and comfort. Their need makes them deserving of help and comfort, and you should offer that as best you can. But you should not exploit their vulnerability. The presentation of the message should not be unbalanced, so that it says only how much God cares for His creatures and that He is keen to forgive them. Instead, the message should be a balance of warning and consolation, fear and hope, threat and promise. The message should be addressed also to those who consider themselves successful, of high social status. In truth, the people who think themselves masters of themselves and of the world around them are the ones who are most in need of being reminded that they are answerable to their Creator.

The message being conveyed is from God. Therefore, those who carry it should be conscious of its dignity and not be apologetic about it. They should be convinced of its truth. The worst kind of da`wah work is the kind that involves deception such as some Christian missionaries practise — they pretend to the cultural habits of the people they are addressing (for example, women missionaries approach Muslims dressed in hijab), they pretend to be like them so as to win their confidence and trust and then they lead them in a different direction. It is not acceptable for Muslims to behave like this. Rather, a Muslim da`i should speak from conviction, with confidence, clarity, and without trickery of any kind. Do not speak or act as if you have some hidden motives.

The duty of da`wah is a high and difficult obligation. It should not be undertaken carelessly, but after the most careful preparation. The da`i must be knowledgeable about the religion, be regular and comfortable in the practice of it, and develop a strong relation with God. He or she must make time to be still, as in solitary prayer at night, away from the day’s business (al-Muzzammil), so that he or she can receive and gather the inward strength to believe profoundly and to speak from that profound belief. Stillness is necessary whenever you contemplate any serious, difficult task; it allows you to gather your forces so that you become clear about your resolve to perform that difficult task. After this stillness and being with God and praying to Him, the da`i is better prepared to ‘arise and warn’ (al-Mudaththir).

The teacher of anything should not teach what he or she does not fully understand. Da`is should not invite belief in what they do not know for certain that they themselves believe and live by. Teaching should be according to the capacity of the student but also within the capacity of the teacher. The da`i should always be ready to say the words: ‘I do not know’ and ‘God knows’. In the Qur’an there are many examples of the prophets and messengers of God saying, over and over again, that they have no knowledge of the unseen, that they have no access to the treasuries of God’s bounty, or His mercy, or His justice. It is foolish to claim knowledge or power that you do not have; and to claim knowledge or power that is the prerogative of only God is the gravest of sins.

Belief in God is a favour or gift from God; it is not in the gift of the da`i. Those who refuse the invitation to believe do not cease to be creatures of God; their status as creatures with the capacity to believe and worship is not diminished by their refusal to use that capacity. This means that the da`i may not, and must not, abuse those who refuse. Again, there are many examples in the Qur’an: the prophets and messengers (as presented in the Qur’an, in contrast to other scriptures) do not resort to abuse or anger, nor do they issue threats other than the general threat of God’s anger against unbelievers and misbelievers, which may be manifest in this life or in the next life as He wills – not as the da`i wills. The prophets and messengers grieve and suffer inwardly because people refuse faith and worship — even their own kin may refuse. But this grief and suffering they pour out before God, not before those who refuse. The da`i should part from those who reject the message with a sincere greeting of peace and a prayer for their guidance: it is only possible to do this with convincing courtesy and kindness if you are truly convinced that belief is a gift from God — that He may yet bless those who reject Him at some later point in their lives, just as He blessed you at an earlier point in your life.

The duty of da`wah is first and foremost an obligation to God, it is not first and foremost an obligation to those in need of it. You have discharged the obligation to God, even if those you call to Islam do not heed your call, even if they mock you and abuse you. You have discharged your obligation well if you have tried in all the diverse ways illustrated in the practice of the prophets and messengers – addressing people in public and private, in small gatherings and in large, addressing them not only by speech and discourse, but also by the example of your manners and actions which are the evidence, the trial and proof, of your perseverance and steadfastness in belief. To live the life of a good Muslim through all the many transactions of everyday life is, necessarily, also a presentation of Islam, an invitation to Islam – sometimes it is the most effective form of da`wah, and every Muslim has a share in the good that, as God wills, may come from it.