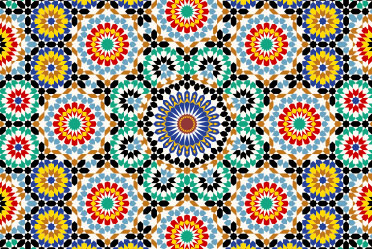 There is a reason why when you a read a very technical text, you don’t understand it. Even if most of the words used are words you are familiar with, or if the words are arranged in ways that are familiar to you – there are enough technical words in the text to make the matter of it incomprehensible. Those specialised, technical words do not connect or refer to anything known to you in your world.

If the technical text happens to be an instruction about what to do, or if it is an explanation of how something works so that you can use that thing properly, then somebody will have to explain any technical terms in the text. After that, there is a chance that you may follow the instruction correctly, or make the thing work properly. But if you have a teacher who both speaks and gives you a practical demonstration, the chance is much stronger that you will get the matter right.

Now the Qur’an, so long as you know Arabic, is not incomprehensible in the way a technical text is. Even so, if you really want to understand its instructions and their meaning, if you really want to understand the explanations and encouragements in the Qur’an that inform and instruct your conscience so that you understand how to lead a good life, then you will benefit by teaching and training and practical demonstration.

That is why the great imams in our tradition have said that the Sunnah of the Prophet, salla-llahu `alayhi wa sallam, is a second revelation, accompanying and exemplifying the Qur’an. The Book of God is recited; the Sunna is not recited. But both are needed. The Qur’an was sent down to the Prophet in a real, historical setting, a real world. And that world was shared by his Companions, who witnessed the revelation and who were witnesses also of the many, diverse situations which are commented on in the Book of God. The best record,reference and guide we have of that interaction between the Revelation and the real world and what revelation means in practice, is the great corpus of Prophetic hadiths.

We should thank God that our great ancestors did not build icons and images or other monuments to show their reverence for God’s Messenger. Instead, they followed his teaching strictly, and built up a reliable scholarly record of what he said and did.

Think of it another way. When parents or grandparents name a new-born child, they often share their happiness by inviting others to the naming occasion. All the witnesses then know, and say, that this child is called Ahmad or `A’isha or whatever. They refer to that child as Ahmad or `A’isha when talking to other people who were not witnesses, and so the name and its reference become established in the community. As time passes, the witnesses to the occasion naming that person Ahmad or `A’isha will die out. Nevertheless, the truth of that reference, of the linking of that name and that person, still depends on the authority of that witnessed, real-historical occasion when the child was given that name. The truth of the reference, of the link between the name and what is named, is sustained by later people using that name in the right way, but it rests on the authority of the witnesses of that first occasion.

Of course the meaning of what God speaks in the Qur’an is infinitely more rich, vast, more important and subtle, than a simple naming of a child as Ahmad or `A’isha or whatever. But the issue of authority is the same. The first witnesses of what is intended by the Speaker of the Qur’an, the first witnesses of what in the world the Speaker is referring to, are God’s Messenger and his Companions. In this respect, the corpus of hadiths is of decisive importance in Islamic history: it is the most authoritative account of the intent, scope and meaning of the Revelation. All subsequent authority in any domain of the Islamic sciences is dependent upon it and secondary to it.

In a famous hadith –the Companion Handhalah says to God’s Messenger words to the effect: “When I am in your company, the hereafter is vivid to me as if I were seeing it. But then I return to my wife and children, and it fades away.” The Prophet does not criticise Hanzala for this weakness of attention. Rather, he says, this loss of intensity is normal. He says “There is a time for this, and there is a time for this”. This hadith is a reminder of another important dimension and major benefit of hadith study: reading and reflecting upon the hadith, alone or in small groups, helps us to imagine being in the company of the Prophet, of hearing his speech, of being in the presence of someone who has full certainty of God and the hereafter.

Partly for the reason that Handhalah gives – other preoccupations, distractions — most people are not able to read hadith all the time. Most of us are not scholars of hadith. But our need for hadith is not the less for that. To make it easier for people to benefit from hadith, a convention became established among Muslim scholars of compiling short selections from the hadith. There are many kinds of such selections; one of the most popular kinds is the Forty Hadith, of which the most famous among Muslims is Imam Nawawi’s Forty Hadith.