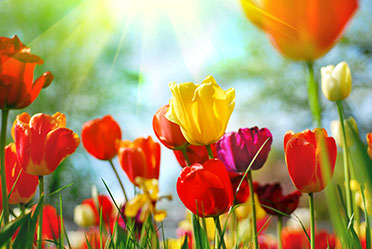 The difficulties that Muslims are facing in our times belong to every aspect of life. Moreover, very often the loss of the political power, or strength of the opponents of Islam make many of us to lose hope. This despair is not appropriate to the people who have the Qur’an, and who are entrusted to help others.

We should remember the lives of those Prophets of reformers who worked normally in situations much worse than ours. Remember Ibrahim who was raised by a father who not only worshipped idols but he used to make them and sell them, in an environment of polytheism and unbelief and under the rule of a tyrant. Ibrahim never read any book or scripture and never met any believer, but still with soundness of his mind he was able to free himself from all the influences. He stood up alone in the face of all kinds of errors and injustice and was able declare a war on the imaginary powers of idols, stars, moon and sun. His word ‘la uhibb al-afilin’ coming from the depth of his heart will remain as a shining light for the believers about the weakness of all powers. This is what turned him into a hanif turning away from every thing to Allah alone.

Lets look at Yusuf who was thrown in a young age into a well, then was kept as a slave in Egypt, and then spent precious time of his life in the prison. You do not see him complaining. Rather his mind is so powerful that he rejects all the influence of Egyption culture and way of life by saying ‘inni taraktu millat qawmin la yuminuna billah’. In the narrow space of the prison he declares ‘ini al-hukmu illa lillah’ that in this universe the power and decision only belong to Allah. H e rejects any power to any god or any tyrant.

Whatever is happening in the world is happening with the will of God. No one can defeat Him. The people who believe in Him should gather their courage, throw despair, and restart a sensible life in which not only they can salvate themselves but the whole mankind.