How do I study and what do I learn? 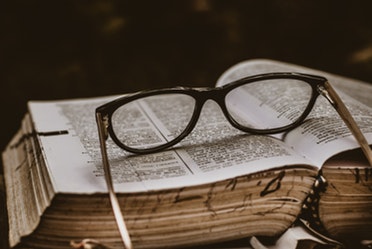 I was trained as an `alim in Nadwatul Ulama, Lucknow India. I also did a doctorate in the University of Lucknow where I recently gave a lecture on how Muslim women should go about recovering their public authority as Islamic scholars. In short, what I study is focused on the traditional Islamic sciences of tafsir (Qur’an commentary), hadith, fiqh. However, my preparation for these subjects entailed considerable exposure to Arabic and Urdu literature, philosophy and history, and scholarly critique in these disciplines. It has helped me greatly that I did so because it improved my ability to think and write in Arabic and Urdu. Regrettably, I could not benefit from the same preparation when it comes to thinking and writing in English.

Literary criticism and history have been particularly helpful to me because these disciplines taught me to be attentive to the detail of diction and structure, and to the importance of historical context, in the classical works that I studied. I have written extensively on fiqh, usul al-fiqh, tafsir, Arabic grammar, rhetoric (balaghah), logic, and hadith. It is not practical to describe how I study and learn in all these subjects. I think it can be useful for me to set out how I am working on the largest of my current “work in progress”. This is an analysis of the method of Imam Muslim in his selection and arrangement of Prophetic hadiths in his famous Sahih. Necessarily, such analysis entails comparison with the method of Imam Bukhari. The work involves the closest attention to the wording not only of the hadiths themselves, but of the scholarly apparatus around the text, and, very particularly what is left out of the apparatus, what is suggested in the apparatus in respect of Imam Muslim’s assessment of the value of the text and the narrator.

In order to begin to do this kind of work, the student must have a clear understanding of the historical context. In this case, we need to know what Imam Muslim was trying to do, why he was trying to do it, who he was addressing, and then how his work was received by his contemporaries and subsequent generations. It is not enough simply to pick up an edition of his Sahih and read it as if it was clear what the book meant to achieve. We have to distinguish later editions from the original: for example, the original did not have the chapter divisions and headings found in the most well-known edition by Imam al-Nawawi.

To understand what Imam Muslim is doing the historical context is decisively important. Hadith collections of different kind and quality were in wide circulation. Muslim felt the need for corrective scholarship to provide the Muslim community with a secure corpus of texts reporting the hikmah of the Prophet. To supply that need he developed a particular and consistent methodology to determine the degree of reliability or non-reliability of the hadith texts and their narrators. At the same time Imam Bukhari developed a somewhat different but also consistent methodology for the same purpose.

So, when I read the Sahih of Muslim, I look for 1- the hadiths available to Muslim which he did not present and 2- the reasons for which he omitted them; then I look for variation in his choice of hadiths and narrators from the choice of Imam Bukhari. Thereafter, I look into the details of each text and each isnad and try to work out Imam Muslim’s rationale for the order in which he presents them and the value he puts on them. In all this process there is need for very meticulous attention to the words used, for example when different terms are used for “narrated”. Eventually, after a lot of patient study, it is possible for me to understand and explain the differences in method between the two Sahihs. From study of these differences I am able better to appreciate the scholarly professionalism of these great hadith experts and the religious seriousness of the purpose of their professionalism: they were concerned with accuracy because the soundness of Islamic law and the rightness of Islamic practice depended upon it.