How to engage with what is happening in our time 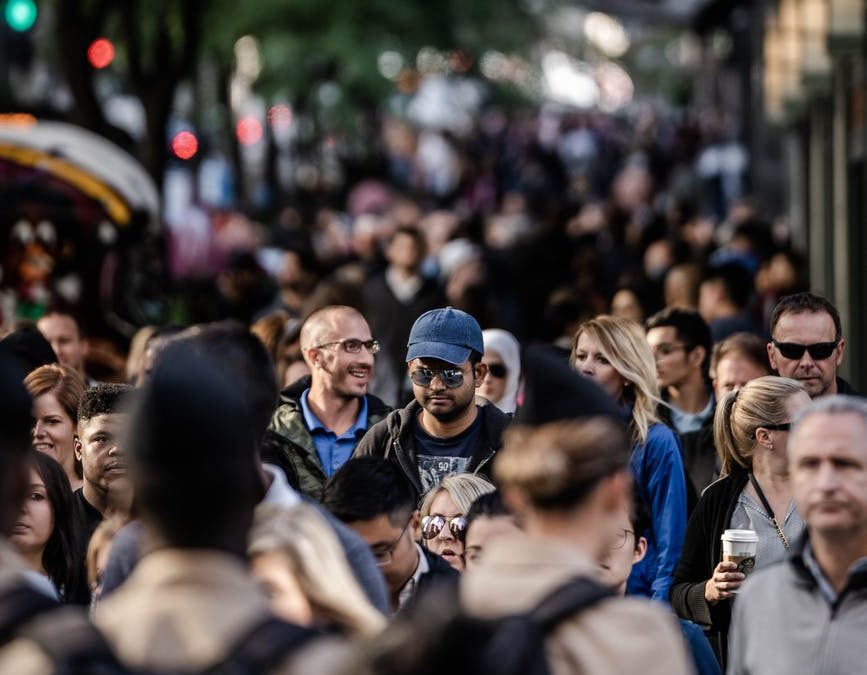 I generally avoid commenting on political issues, because in my experience doing so only serves to complicate and multiply the weaknesses of my fellow Muslims. I prefer to focus on  matters which can waken people to a strong realization that they have a common purpose and responsibility, namely to prepare themselves for their personal meeting with their Creator. What has happened in modern life in all parts of the world is a fiercely extreme intensification of concern with economic gain — even the most wealthy people are unable to switch their attention away from this concern. But economic gain is always embedded in the local ups and downs, and ins and outs, of making profit at someone’s expense. That is why rich people are constantly checking their stock values, and the poor are constantly fearful of sinking further into debt and/or dreaming of a lucky windfall and so they, quite voluntarily, pay a tax on their own poverty by buying lottery tickets. The acute stress on mind and body of this lifeway (d‚n) produces collapse: this is expressed in mysterious anxieties, chronic bodily and mental disorders, in failure to take responsibilities (notably to pass out of adolescence into adulthood, reproduce and have a sustained family life), and in a degree of dependence on repetitive, facile distractions that resembles drug addiction.

What has gone missing in modern times is the habits of contemplation that used to be associated with religious reflection and worship. People are no longer connected to their Creator, to the meaning of being responsible for their life as a whole. And this “whole” includes the human world and the natural world. Instead, their only actively-willed part in responsible living is confined within the ebbs and flows (the atomized and financialized transactions) of economic activity. Politics is concerned with the advantage of groups of people or “interests”, and it is thereby disconnected from what is common to all human beings. When we fail to recognize and remember with gratitude the common ground of our dependence on the natural world and the Creator who provided it, we also fail to imagine and realize the common good. So each interest group seeks their advantage at the expense of others, especially those distant from them in space or time. They cannot work out a way of securing the common good, the good for people near and far alike, and for future generations near and far alike, because they can no longer think of the good as something that should be common.

The search for the power to change things through political parties is almost always frustrated. The reason is that  the levers of real power are not in the hand of government and its agencies, but in the hands of a few invisible, unelected individuals and corporations, for whose benefit the laws of the land are written. The government has at best a large power of patronage – very similar to the patronage available to sultans and kings in older times — in that they have some degree of authority to allocate public resources to please the interest groups they favour. For example, they may build a road that serves a business interest that they want to encourage, even though it is not the best route for that road, i.e. not best for the largest number of people. Similarly, they may set up education, health, welfare and other systems so as to enable particular and private interests to benefit from general and public needs. Even if a government wants to serve the interests of all the people it is supposed to serve, the global controls on economic and military power are such that that government will be starved of access to commerce and trade – just as when an army would besiege a city until its inhabitants accepted a new overlord — until it accepts “regime change” or “fits into the global economic system”.

In this situation, what should people do to change things for the better? How should they engage with what is happening around them?

Unfortunately — because of the huge scale of hugely dispersed  economic operations; because of the concentration of economic power (especially in the banking sector), and centralized private control of that power and how it operates; because of the means to manage information worldwide and so neutralize normal human indignation in response to suffering; because of the application at unprecedented levels of unprecedented techniques of surveillance — it is practically impossible to challenge the status quo effectively at scale or to sustain a change long enough to make a difference. For example, even if all the world’s people together demanded an end to polluting industries and toxic agriculture, there is no human power that could deliver that, not even if every government agreed that that needed to happen as a matter of direst urgency.

The only way responsible people can engage with all that is wrong in the modern world is at the very small scale of personal preferences and personal behaviour, which may or may not influence others. Believers have the consolation of knowing that all the affairs of creation are supervised and encompassed by the will of the Creator who has promised that, in time, what will emerge from good is good. This means that if you do the right thing only because it is the right thing, ultimately what is right will prevail because it has divine support. By contrast, surrendering to all aspects of the mainstream lifeway, and doing the wrong thing, does not have such support and therefore, in the life of an individual and in the life of all living things as whole, the wrong will defeat itself and lose all capacity to act in the world. In other words, even though it does not appear to be the case, evil is in fact helpless, and this helplessness is manifested already. It is manifested in the anxieties, illnesses, refusals of family responsibility, and near-addictions that I mentioned earlier. And in the world as a whole, examples of it are everywhere around us in the erratic floods and droughts and fires that even the most powerful nations cannot defend against, let alone control. All these damages, small and large, are alarm sirens warning us that we are neglecting the background conditions (both the natural and the ethical), which are essential to the continuance of responsible human life.

This is a time for sabr and taqw~. ^abr everyone understands: it means patience and perseverance in a just cause. To understand taqw~, I suggest a good image is how a bird feeds: for a split second it focuses on what it will eat and then straightaway it looks left and right for any danger; if there is no danger it feeds again, again for a split second. Such behaviour, in recent studies, has been linked to the division of the animal brain into two hemispheres, left and right, with a bit in between which inhibits the left or the right from doing the other’s thing. The left focuses on its target, to find and get food; the right focuses on the general situation, defensively alert to the possibility of being the target of some other creature, and if it senses a threat the left must predominate so that the creature can focus on evading that threat. Taqw~ is the effort to be wary and attentive to the general background situation while also attending to the immediate focus of the moment. Of course, insofar as the people doing it are believing, attentive Muslims, taqw~ is practiced and experienced as preparing to face the judgment of God; for others, it is practiced and experienced as attending to very-long-term consequences, i.e., observing the precautionary principle when making policy.

The effort for taqw~ is grounded in a religious (or in some other way deeply serious) under-standing of human responsibility, especially in respect of internal and external limits on human agency. The human world that we are currently living in is operating on the basis that there are no boundaries to what humans can make, think, do, and how far they can go in whatever direction they care to. However, the human world is thoroughly dependent on the natural world. When a man says, tomorrow morning I am going to my orchard to pick the fruits of my labour, and fails to make exception for the will of the Creator, what he has failed to do is properly to appreciate (i.e., feel gratitude for) all the activities of light, water and air, and the billions of invisible creatures that have matured the soil of his orchard day and night, going back eons. So, it may be, as the Qur’an warns (68:17-18: balawn~ a‰ˆ~ba l-jannah idh aqsamƒ la-ya‰rimunna-h~ mu‰biˆ‚n wa-l~ yastathnƒn), that one tomorrow the man will wake to find that his labour (a trivial input by comparison with the input of the creation altogether) has come to nothing. Human societies and the planet as a whole are on the cliff-edge of just such a tomorrow.