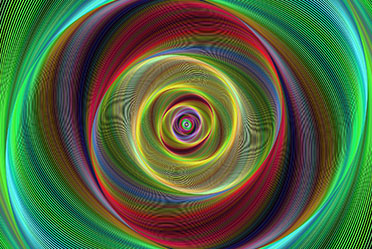 Q: I wanted to know if Hypnotherapy is allowed in Islam? Like to overcome any negative thoughts by listening to tracks which guide you to think positive while there is a trypnaural brainwave music used. In particular there is a woman who is renowned and uses hypnotherapy to help people overcome any limiting beliefs or those thoughts stopping them from being their best. Like nothing she says is against religious values but there is a particular kind of brain music to put you in a deep meditative state so that you can be suggested to let go of anything that is holding you back from being your best self.

Here is my response:

In any culture based on religion including Islam, a person’s consciousness is the most special gift from their Creator. It is the locus of responsibility, of freedom of action and experience, and competence to improve, to change direction by learning from experience. It is in principle at least wrong and in most cases forbidden to surrender this consciousness to someone else, or to steal someone else’s consciousness from them. For this reason in Islam, for example intoxicants are forbidden and also those activities which can be addictive that the people lose their self-control to the extent of harming themselves – gambling is an example.

So, if in unspecified circumstances someone either surrenders or takes away human consciousness, both parties are involved in sin, though not necessarily a crime. However, in narrowly specified circumstances it is neither a sin or a crime to do this. The most obvious such case is extreme physical pain: the sufferer may either himself lose the consciousness because of the pain or this loss of consciousness can be induced by therapists. Anyone who has been to a dentist knows this and benefits from it by getting pain free diagnoses and treatment. This can be extended by analogy to all cases, physical injury and illness, and mental injury and illness. In the last case we need to distinguish between temporary and chronic conditions. Someone can briefly and suddenly lose their capacity for self-control: it is normal to restrain such a person physically, without resort to drugs which cause loss of consciousness. However, when the loss of self-control happens again and again or there is danger of self-harm or harm to others, then resort to drugs is permissible and probably beneficial, in the same way the sleep is beneficial. It is a very different matter indeed to speak in this way of diseases of the will. Examples are people who say “I try but I can’t stop over eating, or stop smoking, or stop drinking, or stop watching television”. In the situation to transfer your control of your consciousness to someone else is a refusal of your responsibility before God. It is a grave risk. You cannot be sure that the person is not going to harm you or weaken your ability to help yourself. For example, you may be cured in this way of a bad habit like smoking but it does not follow that you have acquired self-discipline and self-control. Rather, the chances are very high that you replace the bad habit (smoking in our example) with another one perhaps even more harmful.

So, what can we do if someone comes to us asking help to cope with a disease of the will? This is what I suggest:

2-  God has assured the believers that He has informed them of the two ways and if they choose the wrong way, they will be informed of it through either its consequences or through remorse, or through both these.

3-  God has promised that He responds to the effort of repentance and reform. Repentance is a serious resolve not to do what leads to remorse. It always entails action not just feeling.

After this has been understood we should take practical steps to help the person stage by stage to overcome their desire. We have to watch over them, to restrain them from actions and situations which draw them back towards their weakness, and to distract them by offering alternative actions and situations. In short step by step we help them to be busy in doing right things until they lose the tastes for doing the wrong things. Self evidently it is long and laborious process requiring sabr. It is the very opposite of the quick fix, the magic drug, the magic music or the magic holy person. In our Americanised age and instant coffee, fast food, cheap pleasure, constant distractions, it is harder than ever not to fall for the promise of magic cures. There are none such. Only tricks.