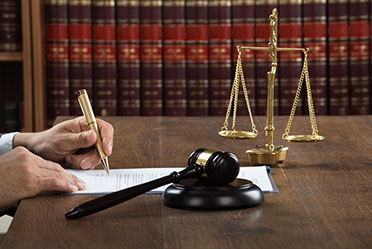 Today I will be talking about the maqasid of the Shari’ah. My main focus will be the argumentation, the reasoning, of great jurists of the early period. I will try to give the reasons, partly philosophical and partly historical, for the differences on this issue between the early and contemporary jurists. But I want to begin by explaining why it is important for us to be reflecting on this topic now.

Many people, including some very learned and pious Muslims with the best of intentions, use the concept of maqasid to justify the acceptance by Muslims of legal norms and regulations which they consider to be authentically Islamic rulings or fully compatible with authentically Islamic rulings. In other words, they use the concept of maqasid as a source of Islamic law. They use it as a means of entering into the Shari’ah certain laws, for example the laws dealing with what are called human rights, which have no obvious basis in  the Islamic legal tradition. These new laws and the thinking behind them are said to conform to the maqasid of the Shari’ah and are considered to be acceptable to Muslims on that basis.

Now, it is most important to be clear at this point on what we are discussing here. The issue is not about the right or wrong of the particular legal rulings that are being advocated in this way. The issue is whether it is correct to claim that they are Islamic. Muslims do not have a monopoly on virtue or wisdom or intelligence: I do not know of any text in Qur’an or Sunnah that would lead one to make such a claim. Rather, Muslims are expected to look for virtue and intelligence in other peoples, and to learn from them, because God gives to these as well as those — the treasuries of His grace and favour are absolutely under His command and will. So, we must not be distracted into the fruitless debate about whether such a norm or ruling is Western in origin and to be rejected as unIslamic simply on the grounds of its non-Islamic origin.  Instead, if we reject, it must be for better reasons than that. Equally, if we accept norms or rulings of non-Islamic origin – whether we do this out of necessity, having no practical alternative, or we do this out of some personal preference – we should not, without very careful and cautious reasoning, claim that these norms and rulings that we have accepted are Islamic; we should avoid giving them the authority and dignity of Islamic law.  Just because lots of Muslims have to do something or choose to do something does not make it Islamic.  People do things for reason of necessity or convenience – but necessities and conveniences change from one time and place to another. What we understand as Islamic law is supposed to be more stable and enduring than that; in certain matters, indeed, it is or should be unchangeable.

What I fear is going on in the use to which the concept of maqasid is being put in our time is similar to what is done in many commentaries on the Qur’an. The commentators find an idea or sentiment that appeals to them, and which they are convinced will lead to improvement in people’ s understanding and behaviour and then they claim that  this is what the Qur’an means. They say so even if that is not at all what the Qur’anic words say; they say so even when they know that neither the Prophet nor his Companions ever understood those words to mean any such thing. What they could be doing is advocating that idea or sentiment that they believe in on the authority of their own reasoning and their own behaviour. But they do not take that heavy responsibility. Instead, they claim for that idea or sentiment the authority of the Qur’an. In effect, they are claiming that this idea or sentiment is what should have been revealed by God as the Qur’an, even when it was not.  The temptation to do this is not restricted to modern times, when Muslims are politically weak in the world; rather, it has existed throughout Islamic history from at least the time of the Mu’tazila. Nor is the temptation to do this restricted to very foolish or very clever people who wish to harm Islam or the Muslims. Little harm comes to Muslims from such people, because their bad motives soon become obvious. The harm comes rather from the well-intentioned and pious Muslims who believe that, by their interpretations, they are serving Muslims and Islam.  Despite their faith and piety, they find the Qur’an and Sunnah inadequate; they are not inwardly satisfied with the mercy of God embodied in the Qur’an and Sunnah; they think that these sources of Islamic faith, culture and law need improving. In our time, the improving takes the form of calls to reformation and enlightenment, on the lines of what happened to the faith and religious culture of Christians and Jews in the West. Qur’an and Sunnah are, for them, not a mercy but an obstacle, a hindrance, that they must use their wits and energies to get around.

In the end, the heart of the issue is submission or islam, the acceptance of boundaries to the autonomy of human reason and judgement and human will.  Muslims, on the whole, being muslim, accept such boundaries; non-Muslims on the whole refuse them. My fear is that the concept of maqasid is liable to abuse in order to authorize and legitimize the adoption of norms and laws that have no sound basis in Islamic legal tradition.  And because the Islamic legal tradition is an expression of islam, of the submission that is the heart of our faith, I fear that contemporary misunderstanding of the concept of maqasid is a danger to the faith as well as to the religion and culture, to iman as well as din.

The word maqasid is a plural form of maqsid, meaning literally goal or purpose or function. But in our context, that meaning is taken in the narrower sense of ‘benefit’ — ‘function’ in the sense of ‘usefulness’. So the maqasid of the Shari’ah means the good purposes or benefits that the Shari’ah is expected to secure for an Islamic society.  Now, these purposes or benefits are not spelled out as such in specific texts of either the Qur’an or Sunnah. Rather, these purposes and benefits are supposed to reside in the Shari’ah as a whole, so that, in some sense, the maqasid represent key elements of the overall spirit, or overall framework, of Islamic law.  One way of applying this concept of maqasid is to argue against the derivation of rulings by analogy with particular texts of either Qur’an or Sunnah because implementing such rulings might lead to outcomes which contradict the maqasid, which contradict the overall spirit of Islam. For example, certain rulings might lead to injustice, or do more harm than good in a particular situation, and so on.  As I will explain in a minute, the Hanafi jurists did not develop this concept, because they had another that served the same purpose of blocking legal analogies that would lead to rulings that, in certain situations, did more harm than good. This concept was istihsan. Imam Shafi’s rejected this concept, and his rejection of it is the basis of the development of the maqasid  concept in Shafi’i fiqh.

Let us pause there to reflect on the fact that both these concepts represent a human effort to understand and interpret Islamic law. Both are avenues for, and exercises of, human reason and human judgement. As we would expect, the great Islamic jurists are without exception very circumspect, very reserved, when they do this. They do it only when they cannot find any other way to establish justice or prevent injustice. This is because the fundamental reason for Islamic law is the necessity of obedience to the command of God. Of course, Muslims are required to love God and His Messenger, not just to obey them. While the Law can in a general way encourage, it cannot expressly require the love of God. The Law concerns itself directly with the hukm of God, His command, and the how, the detail, of how that command is to be obeyed. Sometimes, either in the Qur’an or in the teaching of the Prophet, the hikma (the good reason, the wisdom and benefit) in the command is clearly indicated. ‘Do this, because it is better for you’. But the reason for obeying the command is the fact that it is God’s command, not that it has some benefit (known or unknown).  The virtue of obedience to God rests in the confidence that God does not command what he does not also enable (you are never commanded to do what is impossible) and that He is all-merciful, and accordingly what He commands cannot but benefit those who obey. The true  reward for obedience, the reward you can depend upon absolutely, is hereafter.

That said, obedience becomes easier when we have a reason for it. There is little harm in saying things like ‘pork is forbidden because it goes off more quickly than other meat’ or ‘because pigs have more diseases that are transferable to humans’. But there is great harm in thinking that human convenience justifies human obedience to God’s command. Only a little reflection will tell you that if the alleged hazards of pork can be removed, it does not therefore become permissible to eat it.  The command stands regardless of its convenience or inconvenience.  It stands because it is the command of God.

Similarly, we may reason, following the clear indications in the Qur’an to that effect, that wine is forbidden because it is intoxicant. Muslims were forbidden to approach the prayer when their consciousness of what they were doing was impaired by drinking wine. Now people can become so absorbed by many things (sport, poetry, stories, etc.) that their consciousness of what they are doing when they are praying is impaired. But we would not be right to pronounce these people intoxicated, nor to pronounce as forbidden the activities which led to their distraction from prayer or during prayer.

And yet, as we know, Muslim jurists in all epochs were faced with questions of what is lawful or unlawful in situations that were new, for which there was no clear precedent in the Qur’an and Sunnah. Sometimes they were faced with situations in which different, even contradictory, rulings might be applied. So how did they deal with such situations? We know that they exercised their conscience and reason. But on what basis? What principles guide or regulate human judgement in matters of Law?

This is an issue that arises in every legal system whatsoever. For very minor infractions, like for example violation of parking regulations, judgment can be mechanical, so much so that a machine could decide the penalty — £50 for one yellow line, £100 for double yellow, and so on. But as soon as motive, evidence, situational context, and other factors have to be taken into account, a human judge is needed to weigh the relevant factors against the law as written by the sovereign power in the jurisdiction concerned.  The letter of the law must be applied within the margins allowed to the judge, but the judge can in certain instances issue a new ruling, set or upset a precedent, or make comments that, eventually, contribute to a change in the written law. There are rules, written and unwritten, that determine the scope of what judgements judges can pass.