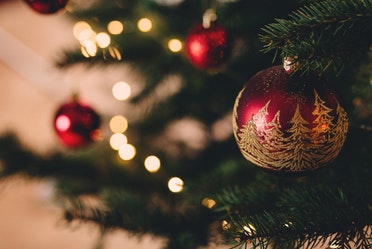 Muslims have responsibilities that are specific to them as Muslims and responsibilities that they share in common with all human beings. Among the latter are responsibilities related to the preservation of one’s life and health and general prosperity; the preservation of the well-being of the community and its common spaces and services, its law and order, and whatever contributes to the peace and harmony of its members; and the preservation of the larger environment, the health of which affects all creatures now living and those to come. No one can determine from the outside how these diverse responsibilities should be either determined or prioritised, because what is most urgent or most important varies from situation to situation. Within these common responsibilities there are many that overlap with responsibilities that are distinctively, explicitly Muslim because they are commanded in the source texts of the religion, the Qur’an and the Sunnah. For example, Muslims are commanded (as the very minimum) consciously to avoid doing any harm or causing any hurt to their neighbours, whether Muslim or non-Muslim. More positively, they are commanded to be caring towards them, to watch over their property, to ask after them, to offer help when needed, to visit them when they are ill, to rejoice with them when some good fortune happens to them, to console them when they have suffered loss or misfortune. Included in not causing hurt to one’s neighbours is not causing offence. So when Muslims are confronted with the holidays and festivals, the celebrations and processions, of their non-Muslim neighbours they have a negative duty to avoid any interference with or offence to these activities. They also have a positive duty, which is a part of normal civility and good manners, to congratulate their neighbours on these occasions and to wish them happiness and joy.

The question is often asked: do such expressions of civility and good will constitute an improper respect for the beliefs and rites of non-Muslims? Do they lead to reverence for those rites, or approval of the beliefs which are expressed through the rites? In my opinion, the answer is no in both cases. However, it is useful to make some cautionary clarifications. This is easiest with a concrete example. Because it is that time of year, and because the advertising power of the West means that everybody the world over is made aware when “Christmas is coming”, we can take Christmas as our example.

This festival takes place at the turn of the year when the shortest days and the longest nights give way to shortening nights and lengthening days. In pagan, pre-Christian lands, especially in northern Europe, this festival was a collective response to the fear that the light was going from the world, and a collective expression of hope that the light (the sun) would surely return. The old pagan celebrations combined defiance of the fear of the lengthening winter nights, with fierce joy and strong hope in the return of the longer and warmer days, promising the renewal of nature in spring. So the celebrations are characterised by an extravagant expenditure of wood-fires and bright lights, of the best and richest foods available, and the strongest drinks. The pagans made merry, almost to the point of self-abandonment and a sort of riotousness that is normally rebuked or forbidden. Christians took over this winter celebration and attached it to the birth of Christ, even though their scholars have always known that the birth of Christ cannot have taken place in winter. They wanted to infuse into the joy and hope of the pagan festival new meanings from their religion. We are often told that commercialisation and Santa in his Coca-Cola colours have ruined Christmas, that nothing of its Christian meaning remains, that all is just the riot of spending and self-indulgence in food and alcohol. But it is not true that all of the Christian accents have disappeared from Christmas. In fact, there is a “Christmas spirit” expressed in increased support of charities, in good will, kindness, cheerfulness, and sincere exchange of truly personal gifts, especially among family and neighbours. It is also the case that some people who do not attend church (or strive at all to be religious) make an effort to sing carols or even attend the special service or “mass”, afterwhich the festival is named. And yet, it remains true also that many people are impoverished and exhausted after Christmas, just as if they had been through a wild whirl of excitement and temporarily lost self-control in ways that would normally be rebuked or forbidden. The holy day is, mainly, a holiday.

In sum, there is a very little of formal worship or religious rite in most Christmas celebrations. Self-evidently, Muslims can take no part in any such worship or rites. But there is no harm if a Muslim acknowledges the air of good will and cheerfulness around the celebrations. No harm if he wishes a non-Muslim Happy Christmas or Merry Christmas or whatever form of the greeting is appropriate. Indeed, I think it is a part of good neighbourliness to do this. The problem is that before and during Christmas time there is a contagious bustle in the air, a great wave of expectation that something wonderfully exciting is about to happen (mostly this has to do with the expectation of surprise gifts, and the excuse to eat and drink to excess). It takes a conscious effort for adults to resist this contagion. For young children, who are most impressionable, it is impossible to resist. Muslim parents must explain to their children that this is not their festival, that they do not celebrate it. It is not a good idea to console the children by telling them that when their own, Muslim festival comes around they will celebrate it in a way just as joyful and exciting. Because that is not true; that is not how Muslims celebrate their Eids. Unfortunately, Muslims in general lack the self-confidence to remember the distinctiveness of their festivals. The Eids come after the intense religious effort of Ramadan or the Hajj; they are not connected to the variation of the seasons or how propitious or ominous the time of year is. The special prayer-services for the Eids are great public gatherings when the whole community gives thanks for the privilege of the fasting and the pilgrimage. They are, of course, occasions of joy, of sharing meals with friends and neighbours, and of visiting and complimenting fellow-Muslims. Any sort of out-of-control extravagance is not part of the religion, neither on the Eids, nor on other days. In short, Muslims should not try to copy Christmas. Sadly, it is all too common now for Muslims to exchange cards and expensively-wrapped surprise gifts at the Eid al-Fitr in the same style as Christians do at Christmas, and to fill the day with visiting fairs and shopping malls, so that the children have “a day they will never forget”. In reality the children will forget, and do so quickly. It is sensible to remember that most Christmas gifts are soon forgotten and neglected, by children and adults alike.

It is not right to imitate Christmas celebrations because, without intending to, we honour the inner meaning of the pagan festivals to which Christmas is attached: namely, that when hard times have come and gone, they should be celebrated with extravagance and self-abandonment. Doing this legitimises, perhaps it even helps to train, the habit of coping with troubles by wild behaviour or by seeking oblivion; it also legitimises the idea that you cannot have fun without losing self-control, that you simply cannot have a party without alcohol or some other intoxicant.

So the danger to Muslims is not that they may adopt the beliefs or take part in the worship of non-Muslims. Rather, the danger is that they will pick up psychological and social habits (and attitudes to nature) which are hidden within and behind the outward business of the celebrations. The moderate or middle way is to keep a dignified distance from the celebrations without in any way being cold or indifferent to the mood of happiness that non-Muslim neighbours are feeling. Indeed, Muslims should express warmth and good will toward their neighbours. I myself do not send out Christmas cards or New Year cards to my non-Muslim neighbours. But I encourage my family, if we can, to make some especially nice dish for the neighbours as a contribution to their festivities. The reason that this is all right at Christmas is that it is all right at anytime of the year. However, at Christmas it is the more appreciated and may do more good, in sha’a Allah.