The Origin of a Successful Marriage: 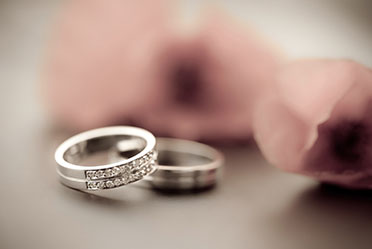 Marriage is a sunnah, a strongly commended act for those who would follow the example of God’s Messenger, and strive to please God. Saying that marriage is a sunnah is also to affirm that it is not mandatory: there may be necessities within a person and perhaps within the circumstances of their life that make marriage impossible for that person. Yet, even for such a person, a Muslim affirms that marriage is the preferred state, even if for that person it is impossible.

Marriage, like other actions within the framework of the religion, falls under the general command – as individuals and as a community: to call to good and forbid from the evil. This means that, for Muslims, the best way of marriage is the way that encourages them to good, the way that opens the way for them to the good. For example, caring for another person and sharing the burdens of daily life with them, bringing up children, widening the bonds and relations that we call family, generally growing the circle of those who come within a circle of intimacy. At the same time marriage should be understood and practised as forbidding from evil, as closing the doors to what is harmful – selfish pleasure – seeking in unlawful intimacies that endanger peace of mind and the integrity of one’s body and soul; selfish relationships that, instead of binding Muslims together in interconnected families, may break them apart.

Of course, in the contemporary western world, culturally speaking – and this world now has a strong influence over people in all parts of the world – marriage has become established as a particularly personal, private preference. It is viewed as a sort of self-expression or self-fulfilment and, accordingly, some form or degree of romantic association between prospective partners is considered as an essential, necessary condition for a marriage to take place. So much is this so, that even those who are not in any way Islamophobic, see the absence (in the traditional Islamic way of life) of romantic courtship outside marriage as something to be pitied. They feel sorry that young Muslim men and women have not been allowed the thrills and risks and joys of themselves finding and choosing their partners in marriage. They feel sorry that all Muslims can do is, at best, to give their assent or not to a choice made by parents or other family or well-wishers who arrange the marriage. They find it hard to imagine that an arranged marriage can yield affection, intimacy of mind and body, mutual caring and respect, companionship. But the reality is that a marriage between two people who were not influenced by others and preceded by a romantic courtship does not necessarily yield those most desirable things – a lifelong companionship and friendship. What brings those things – and they are a measure of successful married life – is the same in both sorts of marriage; and it has little to do with romantic courtship.

To understand why, we need to reflect on a couple of important topics: the psychological or personal ground of marriage, and the social or cultural ground of marriage. In the contemporary western way, marriage is a quest, perhaps it could even be called a demand, for personal happiness. Insofar as this demand for happiness is pursued and chased after, it is bound to be elusive. Happiness, like other desirable conditions of the soul, such as sincerity or humility or virtue, cannot be chased after, because it can never be defined in terms of objects or objectives. Happiness, like sincerity or humility or virtue, is a state that ensues from, that follows from, the efforts you are making; it is a grace from God; it is not something you can chase, acquire and keep. Secondly, the claim made in romantic quests for a partner is inherently irrational, perhaps even unreasonable: in point of fact, two people who might marry one another are always going to be two distinct people, a couple, joined by chance or deliberate act of will – they are never a pair, each being for the other absolutely the only one who can be a match.

Whatever the charming exaggerations of romantic lyric, married partners are only and always a couple, never a pair. Happiness can ensue in a marriage from sensible acceptance of this fact, with the couple leaving each other a sufficient space to hold their distinct lives distinct. Romantic expectations that two people become one pair, or even one, are grossly false, and quickly lead to cruel disappointment. In practice, of course, most people quickly grow up, and temper their expectations.