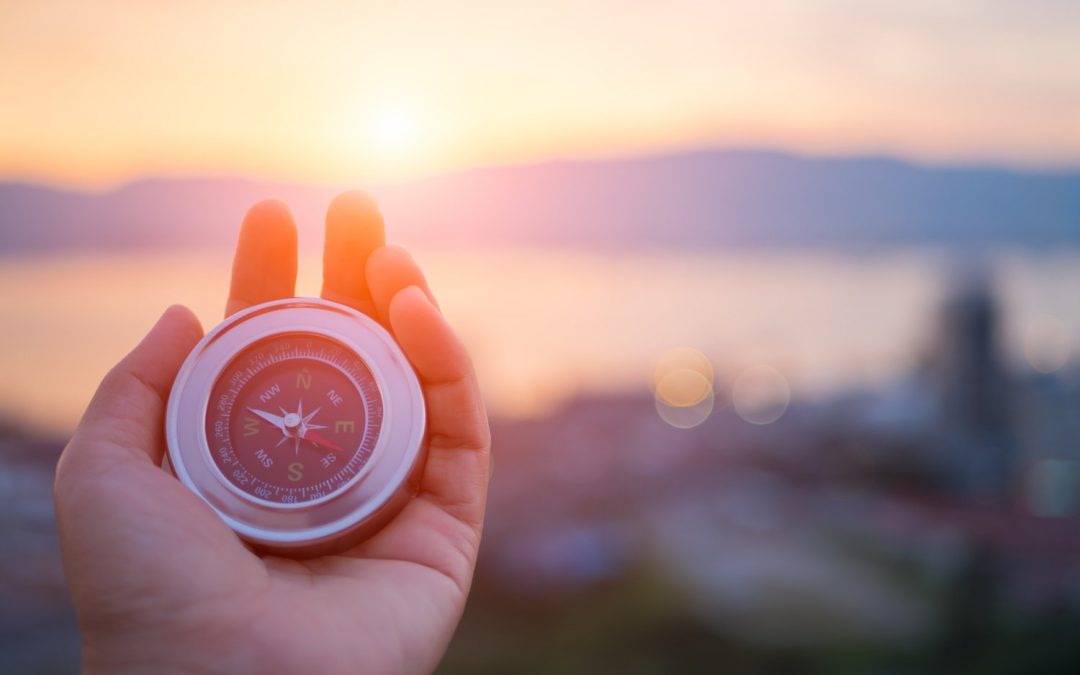 Allah has commanded presenting the religion to non-Muslims in a good way, that is to say, with patient courtesy and kindness, and by every means to avoid provoking non-Muslims into retaliatory insults. Providing someone in need of material help (such as food, money, clothes, shelter) with something of what they need is only pleasing to Allah if it is done with an effort to ensure that the recipient does not feel indebted to you. Providing religious guidance is an obligatory duty if (a) someone is need of it and (b) you are able to fill that need in part or whole without imposing a debt on them, without making them feel inferior to you or yourself feeling superior to them. The two conditions are equally relevant. Only if we are alert to both are we able to behave as if we truly believe that the provision of all good, material and immaterial, is in the gift of Allah and comes from Him, regardless of the means through which He has willed its delivery. When it comes to a material good such as food, need for it is not satisfied by presenting a nice picture, but only the thing itself in some form or quantity that materially helps the needy person. It is most likely that if you were to give a hungry person a picture of something he or she might eat, they would think you were mocking and tormenting them. Religious guidance is the highest good but not a material one: so it is not always easy to distinguish the fake from the real, a dishonest presentation from an honest one. But such a distinction must be made if we sincerely intend good, for non-Muslims as well as for ourselves.

Allah states emphatically in the Qur’an, and in more than one place, that His guidance is guidance, and that it has been sent down to humankind complete in His Book and in the example of His Messenger. This guidance cannot be understood and implemented from within a detached bubble (like a monastery or university library, still less a sultan’s court where scholar-theologians compete to impress their patron). The guidance is always understood in relation to the concrete realities of time and place, the dense web of social, economic and cultural transactions. Indeed, that is why the Book had to have been joined with the Wisdom: Allah’s guidance is joined with His endowing a human teacher with the moral courage, disposition, and intellectual clarity necessary to understand and convey the Qur’an’s guidance to those around him. His people became believers and thereby capable of challenging the concrete realities of their time and place, of amending their social, economic and cultural transactions in whatever measure of conformity with the guidance Allah had willed for them.

People can be attracted to a different way of life if, and only to the extent that, they approve the effects of that different way and desire those effects for themselves. This is most evident in the case of material prosperity: people follow the ways and means, and (openly or covertly) the objectives, of those people and places that enjoy most wealth and power. The economic system dominant in the West since the middle of the 20th century has spread to the rest of the world because there are enough people in that world willing to help impose that system in their homelands in full knowledge of its short- and long-term consequences (mostly very bad) for the natural and social order. For Muslims, that willingness includes acceptance of the confinement of Allah’s guidance to an ever-shrinking part of the concrete realities of their lives – typically, the part concerned with formal acts of worship and devotion. Then, perhaps by way of compensation, they adhere sentimentally to their “identity”, that is, certain formal symbols and cultural relics from their past when being Muslim was relevant to more of their everyday transactions. Alternatively, a few (now usually labelled “Islamists”) become infatuated with political power and commit to a belligerent policy of expressing rejection of the West through random acts of violence; and they do this in full knowledge of the futility of such acts, while believing (or pretending to believe) that their violence will compel all Muslims to choose between their Islam and the West. However, this “Islam” of theirs is religious guidance reduced to a radical political militancy, and it is widely recognised among Muslims as an illegitimate novelty, and accordingly refused. Therefore, “Islamism” is doubly futile, in its failure to disrupt the expansion of Western influence, and in its failure to disrupt the assimilation of Muslims into the Western way of life.

It is easy to understand why the rich and powerful in the West (and their agents in the Islamic world) would seek to brand all Muslims as actual or potential “Islamists”. It is also easy to understand why many Muslims, notably those living in the West, would seek to rescue Islam from that negative branding by emphasising certain cultural features drawn from the historical legacy of Muslim peoples, which non-Muslims might consider attractive or aesthetically pleasing, or just different and so “interesting” or “charming”. Non-Muslims can and do admire, some even buy and display in their homes, bits and pieces of Islamic arts and crafts, and are willing to try the cuisine that has developed in different parts of the Islamic world. Put simply, “Islamic” is a brand that can have some touristic value, and we should not complain excessively if Muslims use their cultural past to divert non-Muslims from developing the hatred of Muslims and Islam that the “Islamists” (and those in the West who promote the same agenda for different reasons) want them to develop. But this kind of defensive posing of the “Islamic” in broadly humanistic, cultural terms does become a cause for concern if it is used as a technique for presenting the religion to non-Muslims. Indeed, if combined with an explicit instruction not to speak to non-Muslims about, and from, the Qur’an and Sunna (indisputably, the principal and authoritative sources of Allah’s guidance), this approach is a cause of grave concern because it can do great harm.

Although it may be sensible to welcome non-Muslims to some “Islamic” cuisine or calligraphy or music or dance or ornament in textiles or wood or design of urban space, in order to divert and diminish their aversion to Islam, there should be no illusion that this welcoming is somehow an introduction to Islam as a religious guidance, as a way of life oriented to preparation for the hereafter. The cultural legacy of Muslim peoples reflects the variety of ways in which Muslims in different parts of the world in different ages have interpreted and adapted their local manners and traditions within a commitment to worship as Muslims and to build a collective life that facilitates that worship. The dominance of the Western attitude to religion compels Muslims like everybody else to put religious beliefs and worship into a reserved area or reserved time, disconnected from the everyday business and troubles of life. That is why Islam can readily be reduced to a performance or display with touristic appeal in various flavours (characteristic of certain dynasties, like Ottoman, Safavid, Ayyubid, Mamluk, Mughal, or of particular regions from sub-Saharan Africa eastwards to China and Southeast Asia), but cannot easily be activated to discipline and reform the everyday business of life or to address some of its troubles.

The alternative to presenting Islam in the manner of good public relations is not an aggressive “Islamism”, indifferent to having a good image, narrowly focused on political ascendancy and the power to impose narrowly legal, practically irrelevant interpretations of shari`a. Rather, the alternative is for Muslims to live gently and kindly alongside non-Muslims while conducting the ordinary business of their lives in fear of Allah and in a sustained effort to follow the manners of Allah’s Messenger. If and when they are able to do that, their actions and behaviours will be seen to be both well-intentioned and just, and their own submission to Allah will be evident to themselves as well as others. It is a necessary condition of being human that what is most pleasing to Allah, notably honesty, justice, kindness and readiness to forgive, is also what is most pleasing to the human soul in all traditions that have kept alive their habits of contemplation, and still reflect on the worth and significance of life. That is the natural disposition, the fitrah, with which Allah created the human soul, and it may be obscured and perverted by human will but it cannot be erased altogether: the responsibility that comes with that fitrah is what is tested in this life and will be judged hereafter. Allah has promised also to preserve the Qur’an (not Muslims’ cultural or political legacy). We should expect therefore that deliberate, steadfast, peaceful adherence to the guidance of the Qur’an will receive divine support, because the guidance of the Qur’an is effectively preserved by the believers’ practising it as much as they are able in whatever situation they find themselves. It is not in fact preserved in the art of calligraphy, beautiful and uplifting as that can be, but by the art of living with taqwa.

When Muslims are able to cultivate that art, and practise it without affectation and pretentious designs to impress posterity or (still worse) to impress Allah, the religion spreads from person to person, first within the family and near-community who are already formally Muslim, and then beyond them to the non-Muslims with whom they are in regular contact. The guidance of Qur’an and Sunna spreads to non-Muslims when the characters of those claiming to live it and their effects in the world are approved as good by the fitrah of non-Muslims who are, always, potentially Muslim. It spreads in imperceptible ways far too diffused to be dressed up for public relations purposes. Even if the legacy of its diffusion in the past into diverse arts and crafts can be dressed up for such purposes, we should be aware that this legacy is not itself the guidance, the religious way of life. Allah has made no commitment to preserve any cultural legacy, of the Arabs or Persians or anybody else, with or without an historical association with the Qur’an. Insofar as there is a Divine commitment to preserve the dignity of Arabic as a living language, it is because that language is the vehicle of the guidance of the Qur’an and of the Sunna of Allah’s Messenger, upon him be peace.