Reduction (Qaṣr) in the Prayer 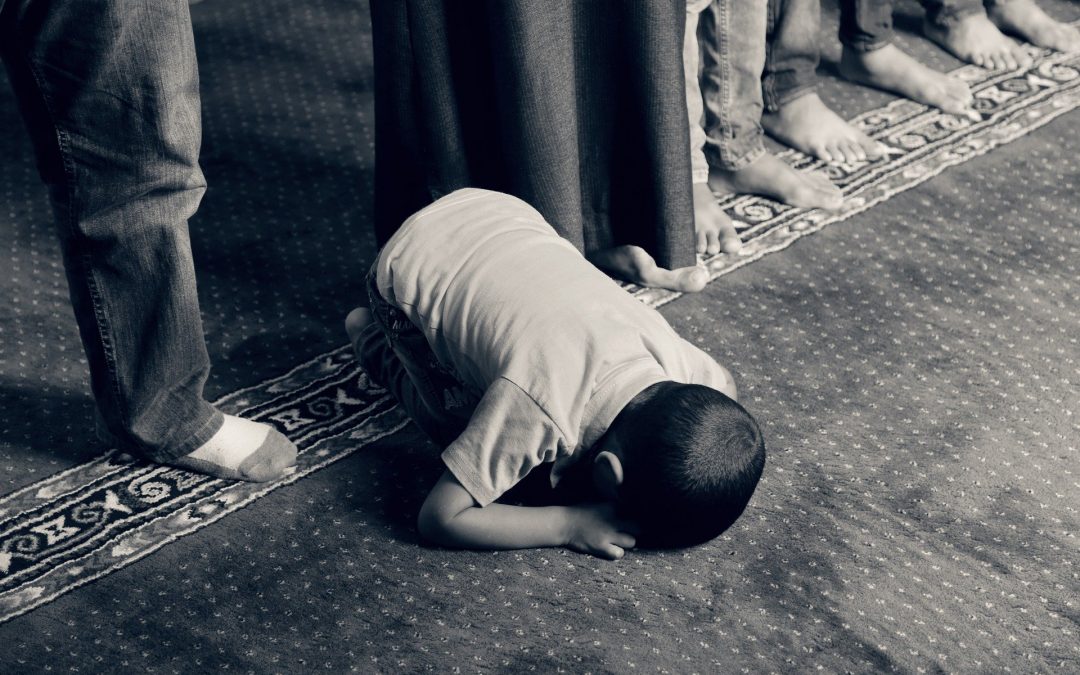 They said: What is the default regarding performing prayer (ṣalah)?

I said: The default concerning the prescribed prayers is that they be performed in a house of Allah (i.e. a masjid) in congregation (jamāʿa), meeting their conditions (shurūṭ) and fulfilling their obligatory pillars (arkān), recommended actions (sunan) and etiquettes (ādāb). Establishment of the prayer is the foremost requirement of this religion and its central pillar. Missing it, neglecting it or abandoning it are all forbidden.

They said: What is reduction (qaṣr) in the prayer?

I said: Reduction in the prayer refers to any incompleteness in its performance, any shortfall in upholding it or any defect in its quality. It is not allowed to reduce the prayer except for excuses which either necessitate its reduction or permit it. There are also different forms of reduction.

They said: Inform us of these forms.

I said: They are of four types:

3) Reduction in its obligatory pillars i.e. to abandon standing (qiyām), bowing (rukuʿ), prostration (sujūd), facing the qibla and the qunūt.

4) Reduction in its recommended actions (sunan) and its etiquettes (ādāb) i.e. foregoing the congregation in mosques.

They said: Clarify for us the excuses which necessitate or permit reductions in the prayer.

I said: They are four excuses.

1) Fear of [loss of] life, property or honour – This arises when there is an outbreak of fighting or strife (fitna) or a disruption in peace and security. In such cases, all or most of the forms of reduction apply. Units of prayer (rakaʿāt) are reduced from four to two in Ẓuhr, ʿAṣr and ʿIshā’. This is the meaning of the authentic hadith of ʿĀ’isha, may Allah be pleased with her: “Prayer was prescribed in cycles of two units, both at home and during travel. Then prayer during travel remained as originally prescribed while an increase was made in prayer at home,” because the Prophet, peace and blessings of Allah be upon him, used to pray the prayer of one in fear, in cycles of two units, while in Makkah.

It is also narrated from Ibn ʿAbbās, may Allah be pleased with them both, that he would say, “The prayer of fear is one unit (rakʿa)” (al-Mughnī 2/401, Badā’iʿ al-Ṣanā’iʿ 1/243, Nayl al-Awṭār 4/4). Muslim also narrates from Ibn ʿAbbās, may Allah be pleased with them both, that he said, “Allah enjoined prayer on the tongue on your Messenger, peace and blessings of Allah be upon him – four [rakaʿāt] while resident, two rakaʿāt while on a journey and one rakʿa in times of fear.” Abu Hurayra, Abu Mūsa al-ʿAsh’arī and several Tābiʿīn held this view. It is also the view of Sufyān al-Thawrī, Isḥāq ibn Rāhaway and those who followed them (Subul al-Salām of al-Ṣanʿānī). It is stated in al-Mughnī: “This is the view of Ibn ʿAbbās and Jābir who said, ‘Shortening is [to] one rakaʿa during fighting.’ Tāwūs, Mujāhid, al-Ḥasan, Qatāda, and al-Ḥakam were all of this view, saying ‘One [prays] a single rakʿa in times of fear, gesturing with signs.’ Isḥāq said, ‘One rakʿa is sufficient for you in times of adversity and you will perform gestures. If one is unable to do so, then one prostration, and if one is unable to do this, then one takbīr (i.e. saying Allahu akbar) as this is remembrance of Almighty Allah.’ Ḍaḥḥāk said, ‘One rakʿa and if one cannot do so then make one takbīr wherever one is facing.’”

In times of fear, the timings of the prayer are also reduced. Ẓuhr and ʿAsr are combined, as are Maghrib and ʿIshā’. If the fear intensifies and people are compelled to combine other than these or between more than two prayers, this becomes allowed. Muslim narrates from Jābir ibn ʿAbdillah, may Allah be pleased with them both, that ʿUmar ibn al-Khattāb, may Allah be pleased with him, arrived on the day of Khandaq after sunset and began cursing the disbelievers of Quraysh, saying: “Oh Messenger of Allah, I was barely able to pray ʿAsr before the sun set.” The Prophet, peace and blessings of Allah be upon him, said: “By Allah I have not prayed it.” He [Jābir] said: “We went to Buṭḥan where he [the Prophet] performed ablution for prayer and we did likewise. He then prayed ʿAsr after the sun had set then followed it with Maghrib.” I [Muhammad Akram Nadwi] say: This is combining between ʿAsr and Maghrib.

It may also be allowed in times of fear to reduce the obligatory pillars of prayer. It is valid to walk on one’s feet in the prayer of fear (Salāt al-Khawf), and to ride an animal and anything similar. It is also allowed in times of fear for people to pray individually. Almighty Allah says, “If you are in danger, pray while walking or riding; when you are safe again, remember God, for He has taught you what you did not know,” [al-Baqarah 2:239]. Ibn ʿUmar, may Allah be pleased with them both, narrated from the Prophet, peace and blessings of Allah be upon him, “If the fear is more severe than that, then pray while walking or riding, facing the qibla or otherwise,” (al-Muwaṭṭa’ and al-Bukhārī and Muslim).

2) Travel – It is obligatory or permitted to shorten prayers of four units to two on a journey. Al-Bukhārī and Muslim narrate from Anas ibn Mālik, may Allah be pleased with him, who said, “We travelled with the Prophet, peace and blessings of Allah be upon him, from Madina to Makka and he would pray two units until we returned to Madina.” Al-Bukhārī and Muslim also narrate from Ibn ʿUmar, may Allah be please with them both, who said, I accompanied the Messenger of Allah, peace and blessings of Allah be upon him, and he would not increase anything beyond two units when travelling. And [I accompanied] Abu Bakr, ʿUmar and ʿUthman in a similar fashion, may Allah be pleased with them all.”

It is also allowed to combine prayers on a journey. Al-Bukhārī and Muslim have narrated from ʿAbdullah ibn ʿUmar, may Allah be pleased with them both, who said, “The Prophet, peace and blessings of Allah be upon him, used to combine between Maghrib and ʿIshā’ when he was in a hurry on a journey.” Muslim narrated from Saīd ibn Jubayr who said, “Ibn ʿAbbās narrated to us that the Messenger of Allah, peace and blessings of Allah be upon him, combined between prayers on a journey he made during the campaign of Tabūk. He combined between Ẓuhr and ʿAsr and between Maghrib and ʿIshā’.”

I have previously written an article on combining between prayers so please review it.

It is also allowed in prayer during travel to abandon standing (qiyām) if one is praying on a boat or vessel on which they cannot stand firmly. Al-Ḥākim and al-Bayhaqī have narrated from Ibn ʿUmar, may Allah be please with them both, who said, “The Prophet, peace and blessings of Allah be upon him, was asked about prayer on a ship. He said, ‘Pray on it standing unless one fears drowning.’” Al-Nawawī, Ibn al-Mulaqqin, al-Ṣanʿānī, and al-Shawkānī have transmitted unanimous agreement (ijmāʿ) on this.

3) Illness – It is not allowed in illness to shorten the units of prayer, but it is allowed in illness to reduce some of the obligatory pillars. The ill may pray sitting if they cannot stand and lying down if they cannot sit. They may gesture for bowing (rukūʿ) and prostration (sujūd). Al-Bukhārī narrates from ʿImrān ibn Ḥuṣayn, may Allah be pleased with him, who said, “I was afflicted with haemorrhoids, so I asked the Prophet, peace and blessings be upon him, about prayer. He said, ‘Pray standing and if you cannot, then while sitting, and if you cannot, then on your side.’” And in Ṣaḥīḥ al-Bukhārī, when illness became hard on the Messenger of Allah, peace and blessings of Allah be upon him, he would pray sitting.

It is also permitted for the ill to combine prayers. In the Sunan, it is reported that the Prophet, peace and blessings of Allah be upon him, gave a concession to the continuously menstruating woman to combine between two prayers. Combining due to illness was also the view of a group of scholars.

4) Burdensome work – It is permitted to reduce prayer timings due to this, combining between two or more prayers. For example, if a doctor has to perform a long surgical operation, it is allowed for him to combine between two or more prayers as need dictates. Imam Ibn Taymiyya preferred the view of permitting combining for cooks and bakers and others like them who feared loss of their wealth or the wealth of others by not combining (See Kitāb al-Ṣalāh in al-Insāf fī Maʿrifat al-Rājiḥ min al-Khilāf).

They said: What is your view on prayer in the time of an epidemic? Which of the four excuses is it related to?

I said: It is related to both fear and illness. It is allowed in an epidemic to remain indoors and pray therein. If a person is afflicted by the disease, it is allowed for him to combine prayers and to lighten some of its aspects, as per the intensity of the disease. Abu Dāwūd narrates from Ibn ʿAbbās that the Prophet, peace and blessings of Allah be upon him, said: “Whosoever hears the caller [to prayer] and an excuse does not prevent him from joining – they said: ‘what is an excuse?’ and he said: ‘fear or illness’ – the prayer he offers will not be accepted from him.”

They said: This hadith which you have mentioned is concerning the ill. What about the one who is not ill?

I said: If the epidemic is widespread and mixing will lead to transmission of the disease and the spread of illness then that is considered the same as illness or even more serious. There is also the element of fear here and lightening the prayer in times of fear is recognised.

They said: We fear that the ease in your fatwa will drive some people to being careless in the religion.

I said: What I have outlined is related to a secondary issue which is an exceptional type of prayer. And considerations in times of exceptions are based on ease. When the exceptional incident comes to an end, the prayer will revert to its original, default form, established and upheld as I outlined in the beginning of the article. Do not make life difficult for people in times of exceptions and emergencies. Rather, be tolerant and kind, facilitate rather than make things difficult, and give glad tidings rather than turn people away.

They said: Perhaps those with corrupt intentions and perverted desires will take advantage of your statement and exploit it to serve their distorted and deviated views.

I said: Do not be bothered by them. I never address them, nor do I pay them any consideration. Rather, I write for the pious who believe in the unseen and fear their Lord. As for the rebellious hypocrites, nothing will deter or inhibit them. They have introduced distortions in the main principles of this religion and its general precepts, not to mention its secondary issues and particulars. They are the ones about whom Almighty Allah says, “He misleads many thereby and guides many thereby. And He misleads not except the rebellious,” [al-Baqara 2:26], and “The perverse at heart eagerly pursue the ambiguities, seeking discord and seeking an interpretation [suitable to them],” [Āl ʿImrān 3:7].