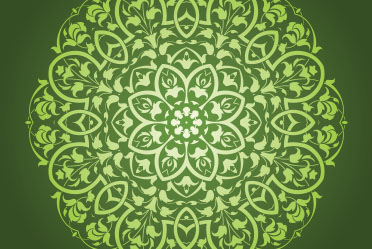 Your question was:
How important is fasting six days in Shawwal?

Abu Ayyub al-Ansari, may Allah be pleased with him, reported from Allah’s Messenger, peace be upon him, that he said: “For one who observed the fast of Ramadan and then followed it with six days of fasting during the month of Shawwal, it is as if he had fasted continually [i.e., the whole year].” (Muslim, k. al-Siyam, b. istihbab sawm sittati ayyam min shawwal).
On the basis of that one hadith some scholars (Imams al-Shafi`i, Ahmad ibn Hanbal, Ishaq ibn Rahawayh, others) considered fasting six days in Shawwal as commendable. However, most early scholars did not hold this position. Hasan Basri used to say: “Allah is pleased with the people fasting the month of Ramadan, and there is no need [i.e., no obligation] for any other fast.” Imam Abu Hanifah and Malik disliked fasting of these days. They put forward two arguments:

1- It is not reported of the Companions and Followers that they fasted six days of Shawwal. Now these are the people who raced and competed for every good deed. If fasting these days had been important they surely would have fasted them and taught others to do the same.
2- Specifically and regularly fasting six days of Shawwal does have the appearance of adding something to the fard of fasting in Ramadan. Adding something to a fard (elaborating or burdening it in some way) is disliked.
Imam Malik said: “I have not known anyone of the people of fiqh fasting them [i.e., six days of Shawwal], and [doing] that has not come to my knowledge from anyone among the salaf. And the people of knowledge dislike it; they fear that it could be bid`ah, and they also fear that it will lead to adding to Ramadan what is not from it.” (al-Muwatta, k. al-Sawm).

While the hadith cited can be and has been used to support the commendability of fasting six days in Shawwal, it is surely wiser to have strong evidence that the hadith conforms with the sunnah of the Companions and their students. Among believers, they were the most ardent in not missing any opportunity to do deeds pleasing to Allah. They were the most anxious to adhere closely to the consistent practice of Allah’s Messenger, upon him be peace, and to preserve the religion as they received it from him, to pass it on without trying to ‘improve’ it. The issue is not whether it is commendable to do voluntary (nafl) fasts on other days than the days of Ramadan as commanded by Allah. Rather, the issue is to restrain oneself from adding into the religion as a regular, established practice something not securely known to be a regular, established practice of Allah’s Messenger and his Companions. Such self-restraint is an integral part of respect for the distinctive, special authority of Allah and His Messenger. And that respect is in turn an integral part of the solidarity (jama`ah) of ahl al-sunnah wa-l-jama`ah.