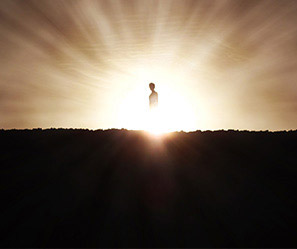 They said: You have authored “Al Fiqh Al Islami” according to the madhab of Abu Hanifah Nu’man ibn Thabit, may Allah have mercy on him, collating the school’s evidences therein, and you have written a biography on him; so you are a Hanafi. Then they said: But we have seen you combining prayers when travelling, and you allow wiping on cotton socks, and you do not mind if your students follow a particular imam or if they follow no-one; so you are a Ghayr Muqallid.

They said: You are an Ash’ari since you graduated from Dar al Ulum Nadwat al Ulama and all the madrasas in India are Ash’ari. But we have seen you speak highly of and praise ‘Allama Shibli Nu’mani and you go to great lengths in honouring and revering him, while he was a Maturidi; so you are a Maturidi. Then we saw you teach Al Aqidah al Tahawiyyah and you refuted the Ash’aris and Maturidis and preferred the madhab of the Salaf; so you are a Salafi.

They said: You pray in the Central Mosque in Oxford which is a Barelwi mosque so you are a Barelwi. But we have seen you sit with the scholars of Deoband and their elders so you are a Deobandi. Then we saw you pray Jumu’ah and mix with Arabs and you get on well with them and they with you, while they are Wahabis; so you are a Wahabi.

They said: You go out with Tablighi Jamat so you are a Tablighi. But we have seen you criticise their narration of rejected and baseless hadiths; so you are from Jamat Islami. Many of your friends belong to the Jamat and you visit their centres to teach and give talks. Then we have seen that you love Hasan al Banna and you praise his book “Mudhakkirat al Da’wah wa al Da’iyah”. And you are impressed with the books “Al Taswir al Fanni fi al Quran” and “Mashahid Yawm al Qiyamah” written by Syed Qutb and “Du’at La Qudat” written by Hasan Al Hudaibi; so you are an Ikhwani.

They said: You read “Ihya Ulum al Din” of Ghazali and narrate its stories to people. And you regularly read “Al Mathnawi” of Rumi, use his poetic verses as evidence, and show your love for him; so you are a Sufi. But we have seen you criticise Ibn ‘Arabi and those who support “wahdat al wujud”. You also criticise the “ahwal and maqamat” (spiritual states and stages) of the people of tasawwuf and absolve yourself of their discourses and “shatahat” (ecstatic utterances). So you are from the followers of Imam Ibn Taymiyyah. We have seen you attaching great importance to him and encouraging your colleagues and students to read his books.

I said: I believe in Allah, His angels, His books, His messengers, the Day of Judgement, fate with its good and evil both coming from Allah, and resurrection after death.

They said: We are not asking about that for we all believe in what you have mentioned. Rather we are asking about your belonging and the name you choose for yourself.

I said: Allah has said: “He named you Muslims”. So I am a Muslim, son of Islam, the brother of Muslims.

They said: you have only made us more perplexed about you. We have never been as confused about you as we are today.