The Food of the People of the Book 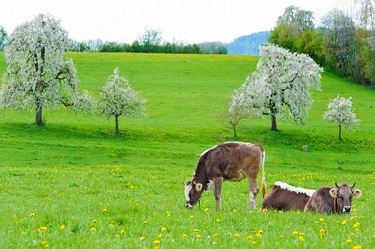 A commentary on the verse: “And the food of those given the scripture is lawful for you and your food is lawful for them” (Qurʾān 5:5)

In the name of God, most Merciful, most Compassionate

They said to me: We have some problems understanding verse five of Sūrah al-Māʾidah: “and the food of those given the scripture before you is lawful for you and your food is lawful for them.” So, please assist us in solving the ambiguity and unveiling its hidden meaning. I replied: The book of God is surely worthy of our striving in understanding its vagaries, clarifying its difficulties, and explaining its secrets. I thank God that He granted you success in seeking to be guided by His definitive revelation.

I replied: May your knowledge be beneficial. Indeed, questioning is half of knowledge. It is evidence of your endeavor to know the correct aspect of the interpretation of the verse. And it is right for you and others that they seek out an explanation regarding the verse. For indeed, this noble verse is of central importance within sūrah al-Māʾidah. Certainly, the books of tafsīr have erred in conveying its appropriate meaning and intent.

They said: Can you point out the exact error in the books of tafsīr? I replied: Commonly, the books of tafsīr define ‘food’ (ṭaʿām) in this verse to refer to slaughtered meat (dhabīḥah). So the meaning of the verse would be that the slaughtered meat of the people of the Book is lawful for you. The problem is that the word ṭaʿām is never used in the Book of God for the meaning of dhabīḥah, nor did the Arabs use it in this way in their poetry or in their general speech. First, observe the usages of the word ṭaʿām in the various places in sūrah al-M āʾidah itself:

“And his mother was a supporter of the Truth, they both used to eat food.” Qurʾān 5:75
“So, its expiation is the feeding of ten needy people, from the average of what you feed your own families.”
Qurʾān 5:89
“There is not upon those who believe and do righteousness blame concerning what they have eaten.”
Qurʾān 5:93
“Or an expiation: the feeding of needy people or the equivalent of that in fasting.”
Qurʾān 5:95
“Lawful to you is the game from the sea and its food as provision for you and the travelers.”
Qurʾān 5:96
Next, observe the various usages from the others sūrahs:
“And recall when you said, O Moses, we can never endure one (kind of) food.”
Qurʾān 2:61
“And upon those who are able (to fast, but with hardship) – a ransom (as substitute) of feeding a poor person.”
Qurʾān 2:184
“So, whoever drinks from it is not of me, and whoever does not taste it is indeed of me.”
Qurʾān 2:249
“Look at your food and your drink; it has not changed with time.”
Qurʾān 2:259
“All food was lawful for the Children of Israel.”
Qurʾān 3:93
“Creator of the heavens and the earth, while it is He who feeds and is not fed.”
Qurʾān 6:14
“And they say, these animals and crops are forbidden; no one may eat from them except whom we will.”
Qurʾān 6:138
“Say, I do not find within that which was revealed to me (anything) forbidden to one who would eat it.”
Qurʾān 6:145
“He said, you will not receive food that is provided to you expect that I will inform you of its interpretation.”
Qurʾān 12:37
“Except when you are permitted for a meal, without awaiting its readiness.”
Qurʾān 33:53
“Is food for the sinful.”
Qurʾān 44:44
“Nor did he encourage the feeding of the poor.”
Qurʾān 69:34
“Nor any food except from the discharge of wounds.”
Qurʾān 69:36
“For them there will be no food except from a poisonous, thorny plant.”
Qurʾān 88:6
“And you do not encourage one another to feed the poor.”
Qurʾān 89:17
“And does not encourage the feeding of the poor.”
Qurʾān 107:3


In fact, the word ṭaʿām never comes in God’s book to mean slaughtered meat, whether in sūrah al-Māʾida or any other sūrah. Just think about this: If this were in fact the intended meaning, then what would the statement, “and your slaughtered meat is lawful for them,” really mean? Because the People of the Book eat wherever and whatever they eat, and it does not concern them what the Qurʾān makes lawful for them.

They asked: So then what is the meaning of the word in this particular verse? I replied: The intended meaning of the Qurʾān in all of these verses, without exception, is for the term to refer to all things which are eaten, including animals and other things.

They asked: What is the tafsīr of the verse then? I replied: Observe! Did God not use the word ṭaʿām in the context of the People of the Book?

They replied: Yes, for instance: “All food was lawful to the Children of Israel except what Israel had made unlawful to himself before the Torah was revealed. Say, (O Muhammad) so bring the Torah and recite it, if you should be truthful.” (Qurʾān 3:93) I asked: Then what is the meaning of this verse? They replied: Can you explain it for us.

I replied: Its meaning is that all good food was permissible for the children of Jacob, upon him be peace, except for what Jacob make unlawful for himself due to illness. And that was before the revelation of the Torah. When the Torah was revealed, God made unlawful for the Children of Israel some foods that were previously lawful. That was because of their injustice and transgression. Read the confirmation of this in God’s words: “And to those who are Jews We prohibited every animal of uncloven hoof; and of the cattle and the sheep We prohibited to them their fat, except what adheres to their backs or the entrails or what is joined with bone. (by) That we repaid them for their injustice. And indeed, We are truthful.” (Qurʾān 6:146)

I further said: This verse confirms the good news of our Prophet, peace be upon him, for the People of the Book. Today, they see Muslims deeming wholesome foods permissible and forbidding filthy things, while eating those good foods which were once lawful for them and later forbidden due to their transgressions. The permissibility of those wholesome things has returned due to the blessing of the advent of this Prophet.

If you want to know how the Messenger, peace be upon him, deduced the permissibility of the slaughter of the People of the Book, then understand this: The third verse in sūrah al-Māʾidah establishes the impermissibility of the dead animals—which are those animals which are not slaughtered—as well as those offered to other than God. From this, it is known that for pure animals, there is in additional condition before they become permissible: that they be slaughtered and not offered except for God. So, the Prophet instructed his Companions to slaughter these animals with God’s name. When God mentioned that the food of the People of the Book is lawful for them, it is automatically understood that permissible animals are to be slaughtered with the name of God prior to consumption.
The food of the People of the Book and the Muslims is wholesome, and this includes animals, but they are only consumed after proper slaughter and the mention of God’s name. If you desire further clarification, read continuously from, “And lawful for you are chaste women from among those who were given the Scripture.” (Qurʾān 5:5) The chaste women from the People of the Book are lawful for us, like chaste Muslim women are lawful for us. However, the understood condition is marriage, which applies to chaste women of the People of the Book as it applies to chaste Muslim women. Similarly, the understood condition for consumption of lawful animals is slaughter and God’s name.

They asked: So why is the condition of reciting the name of God not mentioned in the verse? I replied: There is no need to mention that, because it has been made clear two verses previous to that.

They said: Certainly, the meaning of the verse is now clear, and doubts have been removed. We also know the great position of the verse and that it came to us as a confirmation of what is in the Torah as good news. We also know that it is not about the command for the slaughter of the animals of the People of the Book, and that the translation of the word ṭaʿām as slaughter deprives the verse of its grandeur, loftiness, and proof of the Prophethood of the Seal of Prophets, and Master of the Messengers, prayers and peace of God be upon him.

They said: Thank you for what you have benefited us with. I replied: Praise your Lord, the one who guided us and taught us. Had He not guided us or taught us, we would be misguided and ignorant. I call upon Him that He makes beloved to you the pondering of the meanings of His book, benefiting others by it, following its commands. It is surely the just word, and the complete command. “Falsehood cannot approach it from before it or behind it, (it is) a revelation from (a Lord who is) Wise and Praiseworthy.” Qurʾān 41:42.