The Prophet as a Teacher 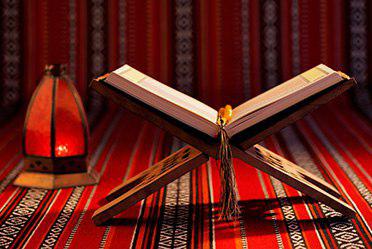 The manners and personal preferences, and also the public judgements and policies, of the Prophet, salla l-lahu `alayhiwa-sallam, have been studied and preserved by devout Muslims throughout the millennium and half since the coming of Islam. No other religious leader has had such an enduring influence on so many people after him, shaping both the ideals that they profess to aspire to and the concrete detail of how they conduct their everyday relations and affairs individually and collectively. His precepts and practice have been reverently, conscientiously and continuously applied in the most diverse geographical and cultural settings by Muslims of every degree – by the rich and powerful as well as by the indigent and weak, by the most learned as well as those barely literate, by the very young and the very old. Moreover, in the preservation and explanation of Prophetic hadiths women scholars used to play a major and public role, a tradition that is beginning to revive. Even those Muslims who do not consider themselves devout can look for solace in whatever fragment of the Prophet’s teachings has touched their understanding. They take this little portion of the Sunnah to heart and put it into practice, and it sustains their hope of finding their way as Muslims.

The corpus of Prophetic traditions includes a wide range of matters. Some of these matters become relevant according to situation and our degree of responsibility in it –– matters such as military preparation and strategy; commercial contracts and market disciplines; political relations, locally between urban centres and surrounding territories and internationally across major geographical and political boundaries. Some matters are relevant to most of us most of the time and we carry responsibility for them always ––for example, personal hygiene, nutrition and preventive health care; modesty and propriety in dress; civility in conduct affecting others, our speech, table manners, etc. Most of these matters are not specific to Islam, i.e., Muslims are not identified as Muslims by the way they deal with such matters. Rather, all human communities have to deal with them, and there is a great deal of common ground in the conventions that have evolved, adjusted through trial and error, among different communities in different times and places, to regulate responsibilities and behaviours. It is not hard to distinguish the Prophet’s teaching on such matters from all that has come to us from him and does identify us as Muslims specifically ––for example, the Scripture that reaches us through him, the commands and prohibitions of the religion, the rites of worship in their different forms, the language and style with which we think about God and appeal to Him for guidance and forgiveness. However, in all of the Prophet’s teaching, the Islam-specific and non-specific, there is an underlying motive which gathers all that he taught into a single, strong purpose. It is this motive that explains why he was such an effective teacher.

What the Prophet taught sprang from, and remained always directly connected to, its role in helping the individual and community to distinguish the path to salvation, and to hold to that path in the most consistent and (where flexibility is allowed) most convenient ways possible. The teaching of the Prophet, by virtue of its breadth and variety, keeps those who know it and preserve it by practising it, rooted firmly in belief in God and awareness of their obligation to Him. This is the case not only in the situations in which their identity as Muslims is at the front of attention but in all situations. There is (and there needs to be) a difference between the Prophetic sunnahs that are practised within the formal acts of worship, and those that are practised outside of formal worship. Among the mainstream of Muslims (the Sunnis) we readily observe a high level of consistency in belief-statements and forms of worship, and a much lower level of consistency in their lifestyles outside of creedal issues and prayer rites. That is to be expected: part of the function of formal worship is that it helps to bring together, equalise and unify, individuals whose individuality rests upon the diversity of their histories and the tangle of actual situations through which those histories unfold: worship brings relief from that tangle and provides, in principle, an opportunity to build enough solidarity among worshippers for them to cooperate and collaborate in meeting each other’s needs. It is a mistake (in reality, it is impossible) to seek to impose the level of religious authority that is appropriate for the Prophetic sunnahs pertaining to how we think of God and worship Him, and to how we obey His explicit commands and prohibitions, to those matters where the Prophetic sunnahs can only be applied flexibly according to the capacity of the individual and the scope for choice which actual circumstances and situations allow.

The Prophet knew the source of his authority to teach and the boundaries of that authority. He never claimed knowledge or expertise that he did not have, nor did he deny the knowledge and expertise of others. Even being God’s last Messenger, he would not assume responsibility for the obligations of others. He assumed responsibility for only his own obligation to God, which was to remind Muslims individually and collectively of their obligation to God. He was a bringer of warning and hope and that is what he presented to those who came to learn from him. He did not teach specific expertise like legal reasoning or public administration. Rather, his teaching, by virtue of its commitment to earning salvation in the hereafter, was always religiously oriented, not specialised to the winning of advantage in this world. This is the reason that he was able to adjust his teaching to the individual capacities of those who came to him for help and advice. And again it is for this very reason –– this secure grasp of the limits (and therefore the scope) of his authority –– that his teaching did not produce people who merely followed his teaching and example but who were able to lead (themselves and others) by his teaching and example.

In the ordinary teaching of knowledge and skills that students need to make their way in the world, most teachers understand that they succeed to the extent that they enable students to apply knowledge and skills on their own initiative, carrying their own responsibility in the real-life situations that they have to deal with. Sadly, when it comes to religious teaching, there are many teachers who appear to believe that success is in having followers ––as many as possible –– who surrender their responsibility and initiative, even their conscience, to the orders and instruction of the teacher or whoever succeeds the teacher as head of the ‘school’ or ‘order’. Accordingly, they deter their students from listening to other teachers, or attending other institutions; they often penalise them for seeking knowledge or judgement anywhere but at the teacher’s hand; a few even go so far as to pronounce as hypocrite or unbeliever any student whose understanding and conscience are unsatisfied by the teacher, and publicly shame and humiliate them. This is, emphatically, not how the Prophet trained his Companions. The Prophet did not abuse sinners if they came to him to confess a sin. He did not even interrogate them as to how and why they had sinned. Rather, he told them simply to do what was necessary by way of expiation and for the sake of preventing repetition of the sin. The important thing here, concomitant with knowing the boundaries of his authority, is that he did not pass or pronounce final judgement on anyone. That does not mean that he did not execute the commands of God or did not fight the enemies of Islam or did not take actions against criminals according to the necessity of the circumstances. It does mean that he did not pass final judgement on even the enemies of Islam, because that remains the prerogative of God.

Understanding the prerogative of God in finally judging His creatures is to understand the uniqueness of His divinity, and to understand that the role of the religious teacher is to build conscience in others, to build in them the capacity to remember God, to obey Him and trust in His command and His provision, alike in the ease and the hardship of it. All sins are forgivable except wilful obliviousness of God, and denial of His right to be worshipped to the exclusion of all others. Though our individuality is a product of, and heavily conditioned by, the parenting of our family and culture, it is not fully determined by that parenting, and at the final judgement we stand individually before God: the Qur’an is very explicit that child and parent, brother and brother, are utterly divided from each other and will have no concern for each other, when the severity of the Hour befalls them and their whole achievement in this life is laid out, with no possibility then of addition or subtraction, no amendment or alteration, no excuse or exemption, no passing of blame to others.

The teaching of the Prophet was oriented to enabling us to prepare ourselves for that meeting when the reality of who we have been will be disclosed fully to us individually. No one can be at ease in the anticipation of that event. There are many hadiths which illustrate well the distinctive virtue of the Prophet as teacher and religious leader. A well-known one is the case of the man who came to him to confess a sin, and the Prophet suggested to him –– since the Qur’an affirms that good deeds annul bad ones –– various good deeds that the man might do to make amends and improve himself. The man (with charming frankness) says he is incapable of doing any of these good deeds. Even when the Prophet advises him to be good to his neighbour by thinking well of him, the man says he cannot. So, finally the Prophet tells him: well, then, at least do no harm to other people for the sake of God. In attaching the not doing harm to a will to please God, the Prophet plants the seed of living a life with religious seriousness and conscience of its true value.

God commands the believers to take the Prophet as their model or pattern of the best character. This must include his humility as a religious teacher. Because of his humility before God the Prophet was able, not just to preach, but also to practice and embody iman and islam. Because he did that he was not merely respected and feared, he was loved. Even the most ardent of his enemies acknowledged that whereas they could only command loyalty through fear or through narrow partisanship, the followers of Muhammad, salla l-lahu `alayhiwa-sallam, were loyal to their leader out of love for him and for the cause of God. The best of the Companions in the best moments of their faith were able to say that they loved him more than themselves. The high point of such love is the understanding that the Prophet as teacher is to be loved because his authority as teacher is derived from and informed by the rahmah of God, and because it is an expression of that rahmah.