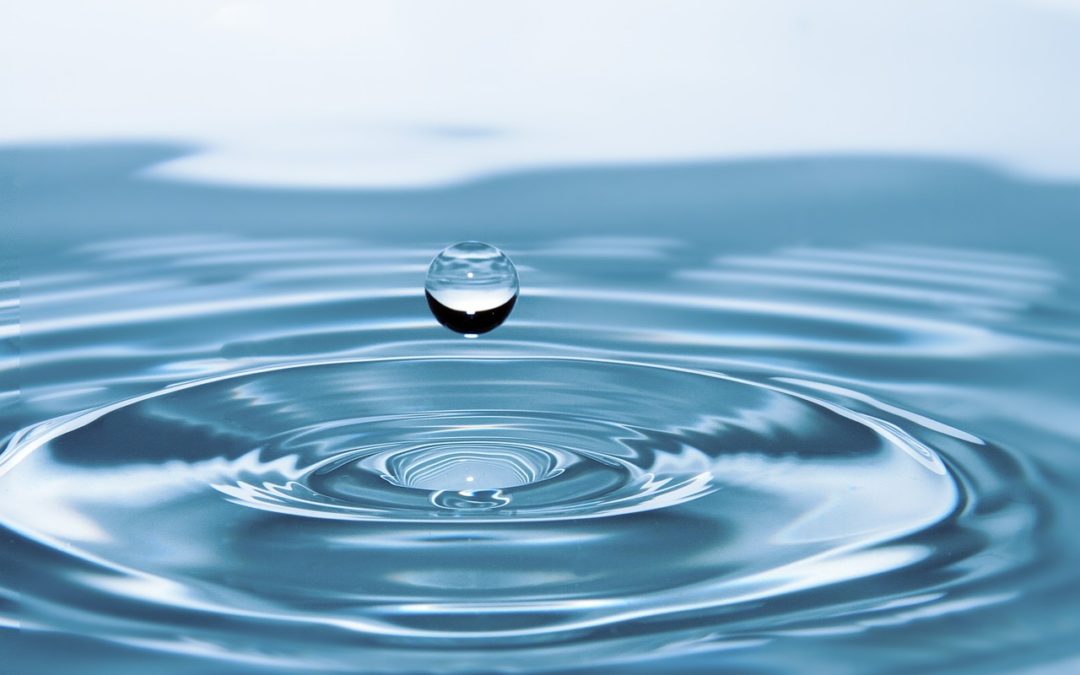 Water is the basis of life on earth in all its forms. It is a resource as essential as light and air. The spoiling of this resource, or the restriction or abuse of access to it, at the least harms life and, in the extreme, threatens its continuance. It would be astonishing indeed if Islamic Law, which is an inclusive guidance for the proper ordering of individual and collective life, did not offer guidance on the way we think about, the way we hold, and the way we share, this essential resource. Those three ways make up the three inter-related elements of the Islamic legal perspective on water: (1) ownership, (2) conservation, (3) sharing.

Before I elaborate on that, it is necessary to say a few words on the general relationship between the Law and human efforts to exploit the resources available to us, including the resource of human will and organising power. Unlike other legal traditions, in Islamic tradition, the Law is not embarrassed to deal with such concepts as duty to God, and its contrary, the defiance of God or sin. For the present discussion, it is useful to define sin as wilful indifference to the long-term consequences of our actions, and of the legal and economic structures which condition human choices. By long-term consequences I mean those that are geographically and temporally removed from ourselves. To sin in the use of water is, then, to not care about downstream consequences — to not care about how our use affects others (other human beings and other living creatures, sentient or not) in places far from us, and how it affects those who will come long after we have gone, our children’s grandchildren. To be dutiful to God, in contrast, is to use water in a way that is consistently and sustainably fair to people, even if they are not in our neighbourhood, and to the future generations of life on the earth.

If I may put it bluntly, there is a severe disconnection between the value-system underpinning and defining economic efficiency in modern Western capitalism, and the value-system underpinning and defining economic efficiency in any pre-modern or traditional society. In the former, companies are required by law – let me stress that, companies are required by law – to maximise the financial returns for their shareholders regardless of the long-term downstream effects of their operations. The only constraint is that the company must look after its public image in the marketplace — lest public distaste with the company adversely affect returns for shareholders. This value-system is efficient in very short-term cycles. It is deeply and extensively destructive in the long-term: crudely put, a few people get very rich very quickly in an increasingly impoverished and polluted world. That is scarcely a rational approach, still less morally justifiable. In any traditional perspective, economic activity is not a law unto itself, it is simply one form of the many forms of interaction and co-operation between people, and between people and the fabric of resources on which their lives and livelihoods depend. The traditional legal perspectives — and Islamic Law is one of these — do not, in the name of profit-maximising efficiency exempt economic activity from the normal moral constraints, most notably, the constraint that we must not harm others. The creation of wealth cannot, in an Islamic perspective, be systematically separated from the distribution of wealth. Muslims may not get rich at the cost, systematically, of impoverishing others. Regulation in Islamic Law of the use of resources follows from this fundamental principle.

Let me begin with the concept of ownership of water. Who owns it?

Water is the primary source of life on earth. The Qur’an uses the word for water 63 times. God says: ‘We made every living thing of water’ (al-Anbiya’: v 30). Water is essential for the continuance of life and God has made a wonderful arrangement to produce, preserve and regulate it. He says: ‘Have you observed the water which you drink? Is it you who shed it from the rain cloud or are We the shedder’ (al-Waqi`ah: v 68-69). Self-evidently, water is given, it is a part of the mercy and grace of God; we do not make it. In the absolute sense therefore, ownership of water, as of all natural goods, belongs to God. However, God has permitted the management of natural goods to human beings, who are granted the rights and duties of stewardship (khilafah) over them, as a means of testing their willingness and capacity to handle their indebtedness to God. How sharp a sense of that indebtedness Muslims retain may be gathered from the fact that the religion of Islam began, and predominates overwhelmingly, in some of the most arid parts of the earth. Despite that, it is Muslims uniquely for whom regular washing is a religious obligation, a ritual necessity before acts of worship. It is little wonder that Islamic Law dealt with the issue of water in considerable detail.

Water in its natural state is considered common property, with clear principles for determining priority of usage. For example, if there is a large naturally-occurring river, where the water is permanent, then these may freely be used by anybody for watering livestock, irrigating land etc., and channels may be dug from them. But if there is a river which contains insufficient water, then those close to it have priority over others. The rule is based on a judgement of the Prophet. Abdullah ibn Zubayr narrated that an Ansari man quarrelled with Zubayr about the Harra canals which were used for irrigating the date-palms. The Ansari man said to Zubayr: let the water pass, but Zubayr refused to do so. So, the case was brought before the Prophet, who said to Zubayr: O Zubayr, irrigate your land, and then let the water pass to your neighbour. Water resources are classified in Islamic Law into three main categories: rivers, springs and wells. On the basis of specific judgements of the Prophet, and of the early caliphs after him, the jurists set out explicit general and detailed rulings concerning these three categories of water. What one can draw from these detailed juristic applications is that a distinction is drawn between public and private sources of water. In its natural state, water is a commonly-held resource, meaning that access to and use of it may not be legally refused. On the other hand, where someone has, say, dug a well on private land, they are under no general obligation to provide to others the water so raised. However, in case of urgent need, one may apply to the ‘owner’ of the well, and that individual is legally obliged to provide such water as alleviates the urgent need. As for diversion of water flows, for irrigation or other purposes, the rights of the ‘owner’ are balanced by a legal responsibility for downstream effects on other actual or potential users of the flow, and for any effects on the flow as a whole. The rights of the ‘owner’ are therefore conditional on reasonable use, and may be challenged if the use is harmful.

The resource itself may not be harmed. Conservation of water and of its wholesomeness are required in law. The well-known instance is that it is forbidden to urinate in water if doing so pollutes it. The obvious inference to be drawn from this is that untreated sewage and factory outflows to rivers and waterways, or to the ocean, are illegal. Doing so pollutes the water and, over time, makes the resource unwholesome and injurious to life, particularly river and marine life, with severe consequences for human livelihoods that are dependent on healthy rivers and seas.

The most important aspect of conservation of water is frugality in the use of it. I have mentioned the obligation of regular washing in Islamic Law – body and clothes must be kept clean in order to be fit for prayer. Yet, even and especially in the discharge of this obligation, the Prophet was most emphatic on the duty to be frugal. He forbade the excessive use of water even for the ablutions, describing it as makruh, ‘detested and reprehensible’. Once he came by when Sa‘d was doing the ablution. Seeing that Sa‘d was using a lot of water, he intervened and said: ‘What is this? You are wasting water.’ Sa‘d asked: ‘Can there be wastefulness while doing the ablution?’ God’s Messenger answered: ‘Yes, even if you are doing it [the ablution] on the bank of a rushing river.’

The right approach, according to the Islamic legal perspective, as in most matters, is to seek the balanced way between excess and insufficiency, and where there is doubt, to err on the side of restraint and self-discipline, emphatically not on the side of self-indulgence and increasing or multiplying one’s needs. The Muslims are under legal and moral obligation to contain their patterns of consumption, to deliberately and systematically, individually and collectively, avoid waste. The command of the Qur’an is unequivocal: ‘Render to the kindred their due rights, likewise to those in want, and to the wayfarer; but do not squander [your wealth] in the manner of a spendthrift. Spendthrifts are surely brothers of the evil ones and the Evil One is to his Lord ungrateful. [Rather, be like] those who, when they spend, are not extravagant and not niggardly, but hold a just [balance] between those extremes.’

That brings me to the third issue of sharing. Given that water is the essential life commodity, on a par with light and air, sharing the resource is a necessary duty. The temptation of modern economic activity is to invade natural resources, to concentrate their exploitation on an immense scale, for the sake of an apparent and short-term efficiency in wealth-creation, which, in the near and long-term has hugely (and often irreversibly) damaging effects on wealth-distribution. How often we have seen massive investments in huge engineering projects to dam and control water-flows, to enable irrigation or production of electricity. As often as not, these projects have displaced large numbers of human beings, disrupted the life of animals and plants and irretrievably ruined local economy and ecology. Sharing of the resource of water, by contrast, requires an understanding of its function in the local economy and ecology, and respect for the local people, however poor they may be, so that they are not deprived of the little they are used to in order that the few people (government agencies included), who dispose and can invest huge financial resources, may ‘modernise’ the economy and ‘make it efficient’. If all long-term consequences are properly admitted to the analysis, vast water management projects are not in fact efficient, not cost-effective, ways to deal with the problems of poverty.

Let me say again: access to water is essential to life. The dignity of human beings as stewards of the earth’s natural goods is not accorded to any nation in preference to any other, nor to the rich few in reference to the many poor. The Islamic legal perspective accordingly is fundamentally opposed to those political and economic and legal regimes that seek, for all practical purposes, to place the holding and distribution of water resources at the disposal of supranational economic entities which have no other aim, no other accountability, than profit-maximisation. Ownership, conservation and sharing of water resources, if managed within an Islamic legal perspective, must be managed with a view to the long-term and downstream consequences. Except for reasons of dire necessity, and only while the dire necessity endures, there is no support in Islamic Law for actions or policies that exhaust and pollute water, that make it difficult to share water or to hold it in good condition for future generations.